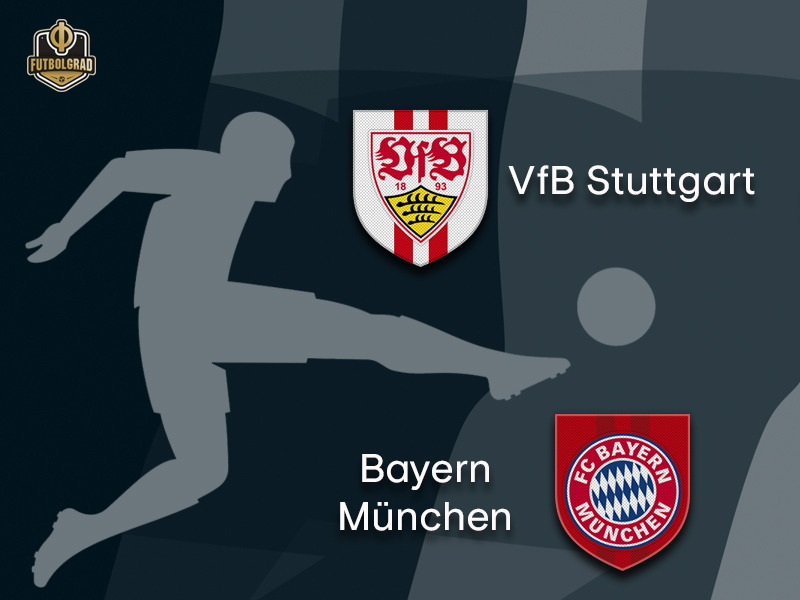 Stuttgart hope for a repeat upset against Bayern

May 12 will remain a key date in VfB Stuttgart’s recent history. The Swabians were playing their last Bundesliga game of the season away against Bayern München and dominated the Rekordmeister.

In the end, Stuttgart won the match 4-1. As a result, Stuttgart managed to finish the season in seventh-place and for about a week were able to dream about taking part in the Europa League this season.

Their result against Bayern, however, also seemed to have a major impact on the Bundesliga record champions. Just one week later Bayern lost the DFB Pokal final 3-1 against Eintracht Frankfurt.

Irony has it that Stuttgart’s victory against Bayern may have been the blueprint for Frankfurt to win the Pokal effectively eliminating Stuttgart’s Europa League dreams. But even without Europa League qualification, Stuttgart played a fantastic season.

Now, however, the Swabians have to confirm that result, and on matchday 1 Stuttgart were defeated by Mainz. Hence, just two games into the new season head coach Korkut will already have to produce something tangible to prevent a bad start to the season.

How will Stuttgart operate against Bayern? “You have to play defensive. [Last season] we played in a tight 4-5-1 formation and took away the room from Bayern and after winning the ball quickly transitioned forward,” striker Anastasios Donis, who had an excellent game against Bayern in May, explained to the media.

For Bayern, in the meantime, this game is all about confirming the positive start against Hoffenheim. Niko Kovac had to make some hard decisions ahead of the Hoffenheim game and with Bayern’s squad loaded with talent will once again leave some star players out of the squad.

Back in the team should be Arjen Robben, who came in to replace the injured Kingsley Coman last Friday. Despite starting the match from the bench, Robben explained that he enjoys working with Kovac. “He is doing an excellent job and works well with the team”, the Dutch winger explained to the media.

Robben will, therefore, start giving Bayern a familiar look with Frank Ribery, Robert Lewandowski and Robben up front. In defence Mats Hummels and Jérôme Boateng should start. Rumours that Boateng could still leave the club were squashed on Thursday with Bayern turning down an over of €40 million by Paris Saint-Germain. PSG remain interested, however, and in the unlikely event that Boateng still leaves the club Niklas Süle, who Kovac is a big fan of will start instead.

Two other players were also linked with PSG this week. Both Juan Bernat and Renato Sanches could be sold to PSG this Friday. Bernat, in particular, is understood to have little to no chance to make Kovac’s squad this year and Renato Sanches seems to struggle mentally with the amount of talent Bayern have in midfield.

Neither of those transfers should have an impact on Bayern’s selection on Saturday, however. More interestingly will be whether French national team player Corentin Tolisso or Serge Gnabry will feature. Gnabry, in particular, is one of the main reasons why Bayern opted not to sign another winger after the Coman injury and with Stuttgart projected to operate defensively expect the former Hoffenheim winger to make an appearance later on in the game.

Stuttgart highlighted last season that Bayern are beatable. Furthermore, even a decimated Hoffenheim squad was able to take the game to Bayern. The Bavarians are, therefore, not unbeatable. But Stuttgart’s performance against Mainz suggest that Korkut still has some work ahead of him, and only a perfect performance will get Stuttgart anything from this game.

Stuttgart vs Bayern – Players to look out for:

It was a perfect start to the Bundesliga season for Thomas Müller. The 28-year-old midfielder opened the scoring against Hoffenheim on matchday 1. After struggling under Carlo Ancelotti Müller showed signs of improvements under Jupp Heynckes last season. The 28-year-old, however, will need a standout year this year to confirm his status as a world-class football player and judging from the preseason and the first game of the season Müller is on the way to do precisely that. 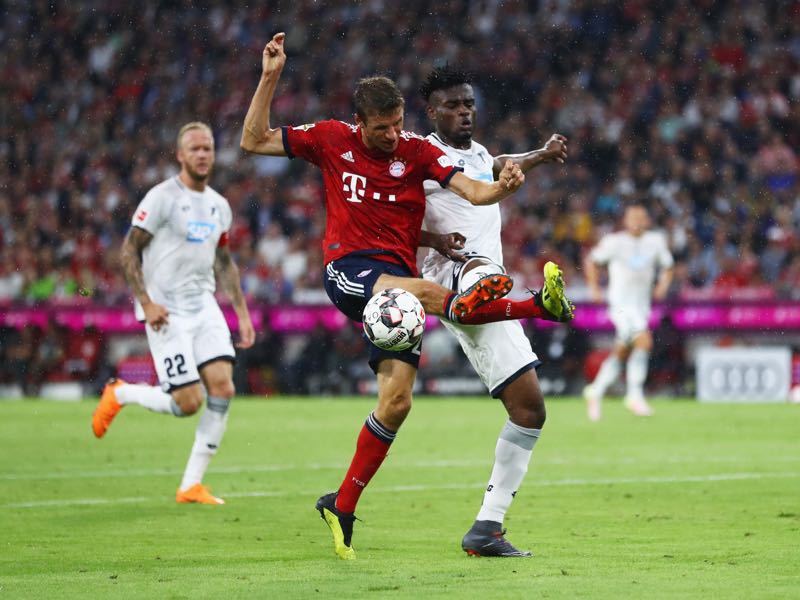 Anastasios Donis did not always have it easy since joining Stuttgart from Juventus last season. The Greek winger played in just 18 Bundesliga games in 2017/18. As a result, Donis requested a transfer, which was quickly denied by Stuttgart. Korkut believes that Donis’ speed and creativity will be an essential element this season and that the winger could make an important step forward in his career. That ability was highlighted last season when Donis scored a goal and an assist against Bayern on matchday 34. With Stuttgart sitting deep looking to break forward quickly Donis will likely make the starting eleven against Bayern and could be the difference maker in the game. 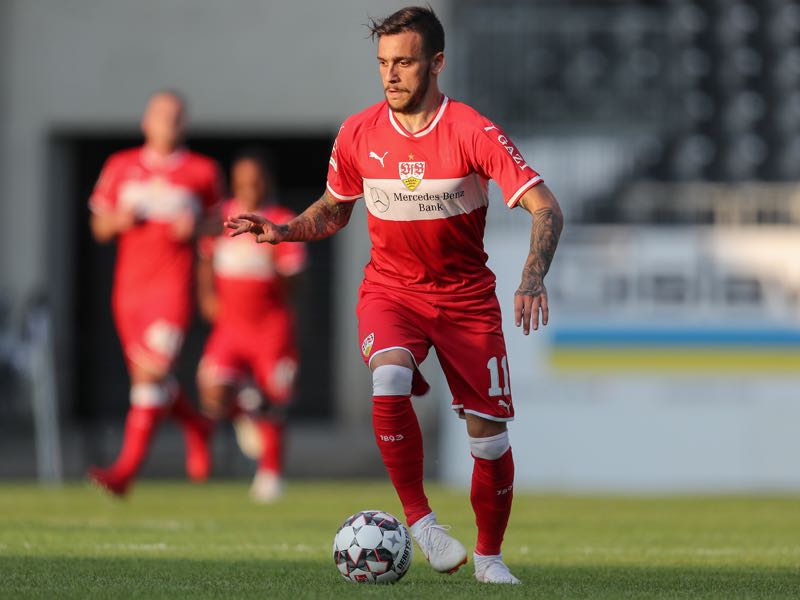 Anastasios Donis of Stuttgart in action during the pre-season friendly match between SV Sandhausen and VfB Stuttgart on July 25, 2018 in Sandhausen, Germany. (Photo by Christian Kaspar-Bartke/Getty Images)

Loading...
Newer Post
Quincy Promes – What does the transfer mean for Sevilla and Spartak?
Older Post
After a brilliant start, Dortmund want to show consistency against Hannover