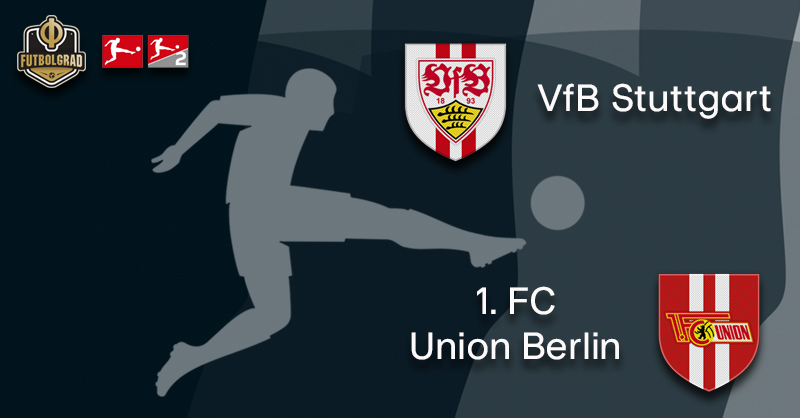 Stuttgart vs Union Berlin will take place at the Mercedes-Benz Arena in Stuttgart. (Photo by Thomas Starke/Bongarts/Getty Images)

They are 180 minutes of hell for everyone involved. The Bundesliga relegation-playoffs will kick off on Thursday to determine the final place in the 2019/20 Bundesliga.

For VfB Stuttgart, it is the final chance to salvage a Bundesliga season to forget. After finishing seventh last year, the club went into the season with head coach Tayfun Korkut. But inconsistent results meant that Korkut was fired in the fall and replaced by Markus Weinzierl — results, however, did not improve and on April 21, Weinzierl was replaced by youth coach Nico Willig.

It is now up to Willig to keep the Swabians in the Bundesliga. Under Willig, Stuttgart won two, drew one and lost one game, and with overall 28 points, it was mostly due to the competition that Stuttgart managed to finish in the promotion playoff spot.

With the relegation playoff spot secured for weeks, in fact, Stuttgart seemed complacent at times over the last couple weeks. A good example was the match against Schalke on Saturday where the Swabians drew 0-0. “Defensively it was okay but going forward we lacked intensity, dynamism, will power and efficiency,” Willig said.

Could complacency become an issue for Stuttgart ahead of the match against Union Berlin? “I am not concerned that the players are in the wrong modus,” Willig said. Going by the fact that Stuttgart have had very little to compete for — direct relegation was too far away, and 15th place out of reach — switching into a more competitive could become an issue, especially against a Bundesliga 2 side that has been fighting for promotion.

Union Berlin were just one goal away from reaching direct promotion. Die Eisernen were given support by their East German rivals Dynamo Berlin, who beat SC Paderborn 3-1 but failed to beat Bochum themselves walking away with a 2-2 draw.

It was, in fact, a dramatic end to the season for Union Berlin, 2-0 down early they rallied back and equalised thanks to goals by Grischa Prömel (83′) and Joshua Mees (86′). But the final goal, the goal that would give Union promotion to the Bundesliga for the first time in history was not meant to be and, as a result, Berlin will now face Stuttgart in the promotion playoffs.

“I think we did everything we could to score a goal,” Union Berlin head coach Urs Fischer said after the Bochum game. “But we made it to easy for the opponent. Right now there is a great emptiness. There was more possible today,” he added. “It hurts,” goalkeeper Rafal Gikiewicz said.

For Union overall, the problem will be to overcome the disappointment of securing second place on the final day of the season. They know the track record, eight out of ten Bundesliga sides have beaten the Bundesliga 2 side in the history of the promotion playoffs. Hence, Stuttgart will be the favourites, but perhaps their complacency could be an advantage for the club from the capital.

Stuttgart vs Union Berlin – Players to look out for:

Ozan Kabak has been sensational in his first half-year at VfB Stuttgart. Signed from Galatasaray in January for €11 million Kabak has played 15 games and scored three goals. The 19-year-old centre-back stood out this season with his maturity beyond his age and will be a key player for the Swabians. 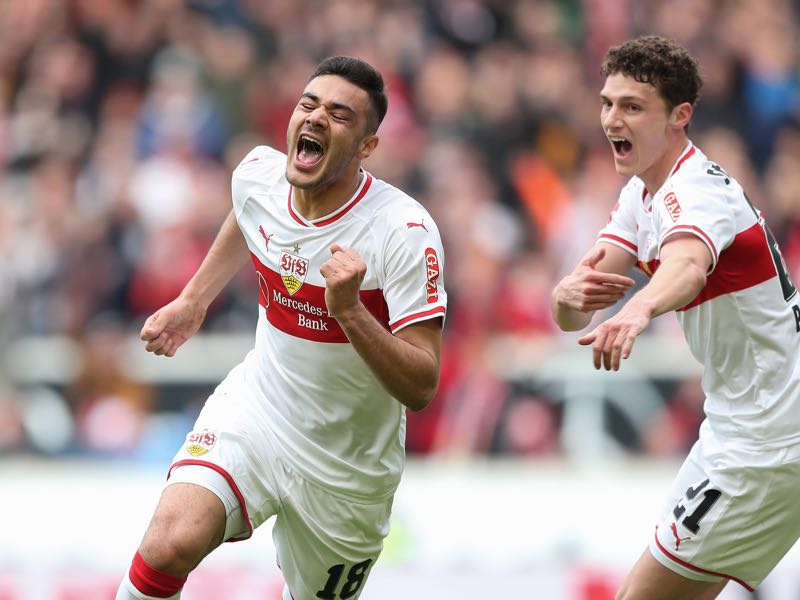 Sebastian Andersson is Union Berlin’s most dangerous player. The Swedish striker has scored 12 goals and six assists in 34 Bundesliga 2 games for die Eisernen this season. Together with Sebastian Polter (nine goals in 20 games) Anderson forms a dangerous attacking unit that will be difficult to stop on Thursday. 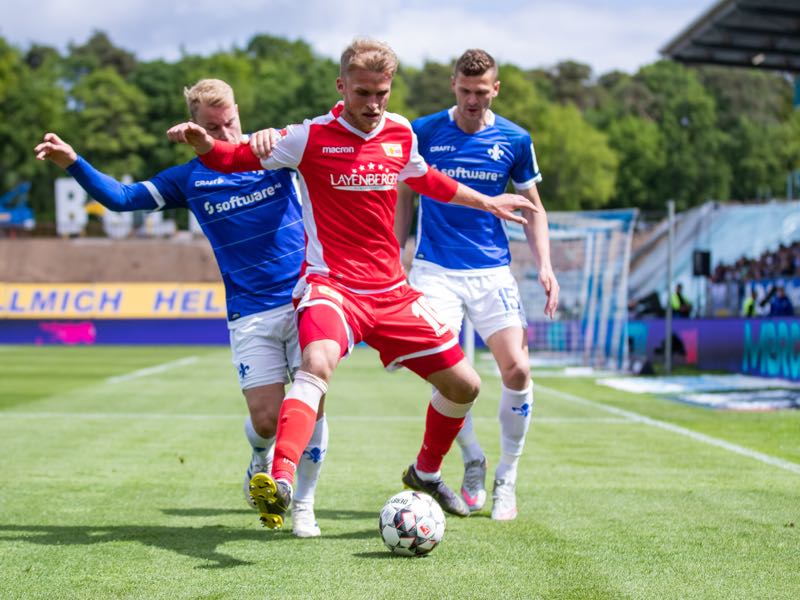 Sebastian Andersson of Berlin is challenged by Fabian Holland (L) and Mathias Wittek (R) of Darmstadt during the Second Bundesliga match between SV Darmstadt 98 and 1. FC Union Berlin at Jonathan-Heimes-Stadion am Boellenfalltor on May 05, 2019 in Darmstadt, Germany. (Photo by Simon Hofmann/Bongarts/Getty Images)