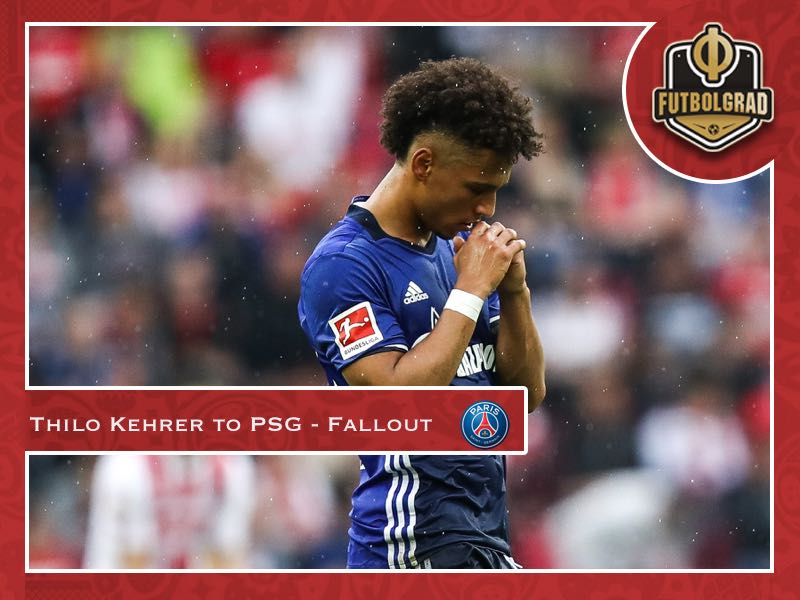 Schalke have sold Thilo Kehrer for €37 million to Paris Saint-Germain making the 21-year-old the most expensive outgoing Bundesliga defender of all time.

Furthermore, Paris Saint-Germain were heavily linked with a move for Bayern München defender Jérôme Boateng. Given the size of the Kehrer transfer, and PSG’s Financial Fair Play restrictions, Boateng’s transfer to the French transfer now seems off the table.

In fact, Kehrer’s transfer will have wide-reaching consequences. Bayern’s management were secretly hoping to sell Boateng this summer to bring in French defender Benjamin Pavard.

It is widely expected that Pavard will join the Bavarian giants next summer. But a Boateng transfer this summer would have freed up both a spot in Bayern’s squad as well as the funds to complete the transfer early.

Thilo Kehrer – A deal of the century for Schalke

Schalke, in the meantime, may have completed a deal of the century by selling Thilo Kehrer to PSG.

The 21-year-old defender is without a doubt a big talent and a future German national team player. At the same time, however, Kehrer has completed just 46 Bundesliga games up to this point.

The 186cm tall defender is a variable player, who can be used as a centre-back, defensive midfielder and as a wing-back. Weinzierl, in fact, used Kehrer primarily as a right-back towards the end of the 2016/17 season – he played 11 games in the Bundesliga and Europa League as a wing back.

When Dominico Tedesco took over last summer, however, Kehrer was quickly moved to the centre. Of his 28 Bundesliga games, Thilo Kehrer played 24 games as a centre-back, two games as a right-back and two games in midfield.

How will Kehrer fit in at PSG?

In fact, Tedesco would often use the 21-year-old native of Tübingen as the central defender in a 3-4-3 setup. Paired with Naldo, Matija Nastasić and/or Benjamin Stambouli Kehrer was part of a three-man defence that mostly stood out for it’s slow and calculated buildup play from the back.

Dissecting Kehrer’s stats from last season, it quickly becomes apparent why Tedesco heavily relied on the 21-year-old. The defender ranked third, behind Stambouli and Caliguri, within the squad with 2.9 tackles per game. Second with 3.4 clearances per game behind Naldo. Finally, Kehrer also ranked second with 2.1 aerials won per game once again behind Naldo. 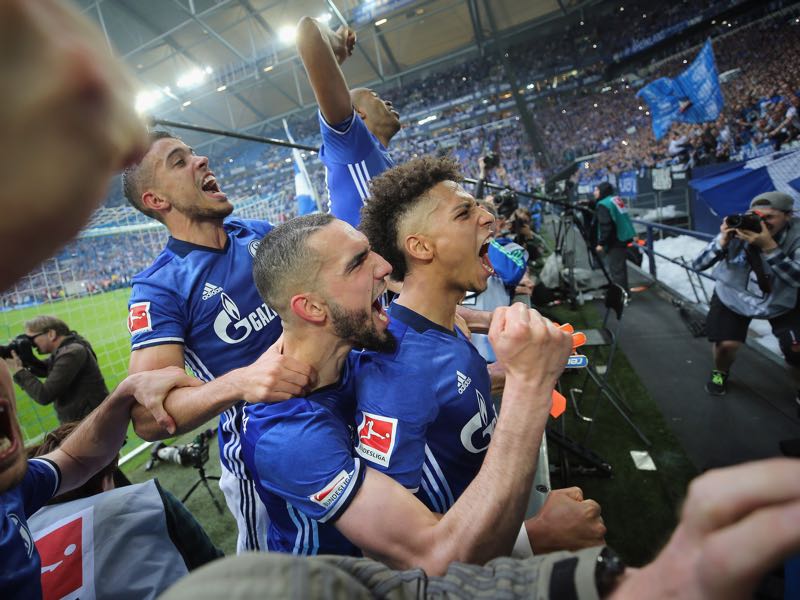 Furthermore, Schalke’s defenders were among the top players when it came to pass completion last season. Led by Max Meyer, Naldo ranked second with 85.7%, Nastasić third with 85%, Thilo Kehrer fifth with 83.4% and Stambouli tenth with 78.6% completed passes.

When it came to long passes played from the back Kehrer ranked behind Naldo (3.6 per game), Nastasic (3.4 per game), Stambouli (3.1 per game) with 2.8 passes per game.

Those will be critical indicators for new PSG head coach Thomas Tuchel. Tuchel experimented heavily with three at the back during his time at Borussia Dortmund.

The German head coach, however, employed a 4-3-3 formation in his first game for Paris Saint-Germain. In that 3-0 victory against SM Caen Tuchel started Stanley N’Soki on the left, Marquinhos as well as Thiago Silva as centre-backs and Colin Dagba on the right.

The addition of Kehrer would mean that Tuchel can now switch to three at the back. Playing a defensive line that could include Marquinhos, Kehrer and Silva.

In fact, going for Kehrer over Boateng in that context would make sense. Jérôme Boateng has never consistently played in a three-man defensive setup. Instead, the German national team player seems more comfortable when being paired with another centre-back in a four-man defence.

Finally, there is another factor in choosing Kehrer over Boateng. Boateng has struggled with an upper thigh problem over the last two seasons, and whispers in Munich suggest that the Bayern defender at most has 20 top games a season left in his tank. This would explain why Tuchel, in the end, chose the 21-year-old Kehrer over the almost 30-year-old Boateng.

How will Schalke react?

The German newspaper WAZ reported on Monday that Schalke were offered over 50 centre-backs from all over the world by various agents. Many clubs will automatically try to benefit from the €37 million Schalke have received from the transfer, but that does not mean that the club will spend any of the money received.

“We will not react quickly”, Domenico Tedesco told the media on Monday. “We are not forced to redistribute this money. Sometimes it is beneficial to leave some cash on your bank account”, sporting director Christian Heidel added.

One name mentioned on Monday was Barcelona’s defender Marlon. The Brazilian would cost the club €15 million, but at the same time, Schalke have already signed a new defender in Salif Sané this summer.

Hence, the club might be better off strengthening other areas of the team. Schalke have lost two key midfielders in Max Meyer and Leon Goretzka this summer.

Although Schalke have signed Suat Serdar, from Mainz, Omar Mascarell, from Eintracht via Real Madrid, further bolstering the midfield, especially with Champions League football in mind, could be the club’s main directive going forward.

Loading...
Newer Post
Gegenpressing – Bundesliga Podcast – DFL Supercup recap and DFB Pokal preview
Older Post
Bordeaux look to see off Mariupol to reach the next round of the Europa League