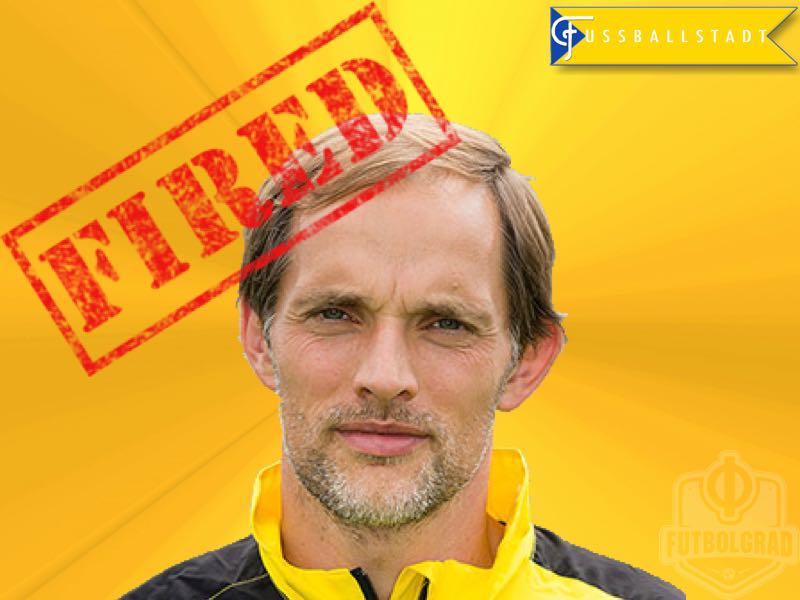 The marriage between Borussia Dortmund and their head coach Thomas Tuchel is officially over. Thomas Tuchel phoned the Bild newspaper early on Tuesday to announce that the coach and the club could not overcome the differences.

Shortly after his phone call Thomas Tuchel opened up a new Twitter account in which he announced that he would not be staying at the club. Furthermore, he wished the club and the players all the best in future endeavours. Tuchel jumping the gun on the announcement was the final act of defiance in what has been a complicated relationship between him and the club for months.

Already before Christmas Germany’s kicker magazine reported that there were real doubts between the management and Thomas Tuchel. At that point it had emerged that Tuchel refused to speak to head scout Sven Mislintat after the later had identified Óliver Torres as a potential new signing for the club—Tuchel rejected the transfer, however.

Borussia Dortmund’s management around CEO Hans-Joachim Watzke, however, stuck to Mislinat and even promoted the head scout to head of club development. Mislinat continued to identify talented players for the club, but at the same time did no longer work together with Tuchel.

Over Christmas, this meant that Tuchel had a major falling out with the club over the signing of talented forward Alexander Isak. Tuchel wanted an experienced striker—Fedor Smolov was rumoured to be one target—to replace Adrian Ramos the club, however, wanted to continue its policy of signing young players that could be developed to fit the BVB model.

Isak fell into that kind of category, and many expected the young Swedish player to get some playing time in the second half of the season. Tuchel, however, only used Isak once—for four minutes during the DFB Pokal quarterfinal against Sportfreunde Lotte. Failing to give Isak playing time was certainly one of the aspects that were a thorn in the side of Dortmund’s management.

Another aspect was the constant changing and experimenting with tactics. Tuchel moved his players around on the field like chess pieces. While this was hugely successful in the first season—Tuchel’s point average of 2.09 is the highest in Dortmund history—the club also lost, or dropped points, in several key games because Tuchel tinkered too much.

Two games that will never be forgotten is the quarterfinal defeat to Liverpool, and the needless 1-1 draw to Schalke 04, which gifted Bayern München the German championship, last season. This year Tuchel tinkered even more. Like a technocrat the head coach moved around players on the pitch and while his tactical genius was evident his players were often overwhelmed with his tactical requirements.

The coach was criticized for being a technocrat

In fact, his technocratic approach was one of the major aspects that were criticized within the squad. Tuchel, clearly frustrated that his side did not understand what he demanded, on several occasions openly criticized his players in press conferences. The lack of backing up his players meant that several players quickly moved away from supporting the head coach. In other words by mid-season Tuchel had lost the dressing room as well as the support from the upper management.

What came next was the bomb attack on Borussia Dortmund’s team bus. Here he appeared to unify the dressing room behind him finally. At the same time, he criticized UEFA and his bosses for making the squad play on Wednesday. At this point, the head coach appeared to be the friend of the players and a rock in the face of cold commercialism.

It was, however, just a façade. Watzke shortly after openly criticized the coach in an interview with the Funke Mediengruppe and also stated that the relationship between the management and the coach was damaged. At this point, signs pointed dramatically towards Tuchel leaving the club at the end of the season.

What emerged next was that Tuchel’s relationship to the players, which appeared to be solid after the events ahead of the Monaco game, was anything but good. While the majority of the players agreed that Tuchel was meticulous in his match preparations several players in the squad were unhappy with the cold methods used by the coach.

Even when Dortmund finished third, and therefore reached its first objective of the season, the relationship between the club and Tuchel appeared to be unfixable. Watzke and Tuchel could be seen embracing each other following Dortmund’s 4-3 victory over Bremen. But the embrace had more in common with the hug Julius Cesar received from Brutus.

For a brief moment, the relationship looked salvageable

One week later, moments after the DFB Pokal victory, the embrace was warmer. For a moment it appeared that Tuchel could perhaps remain the head coach after all. In an interview with the ARD, Thomas Tuchel said: “I want to remain coach. I have a contract until 2018, and I want to fulfil my contract.”

Shortly after Marcel Schmelzer, however, openly criticized Tuchel for leaving Nuri Sahin out of Dortmund’s squad. At that point, it seemed obvious that Tuchel was going to be sacked. No player would have openly attacked his head coach unless he had the knowledge that there were no consequences. 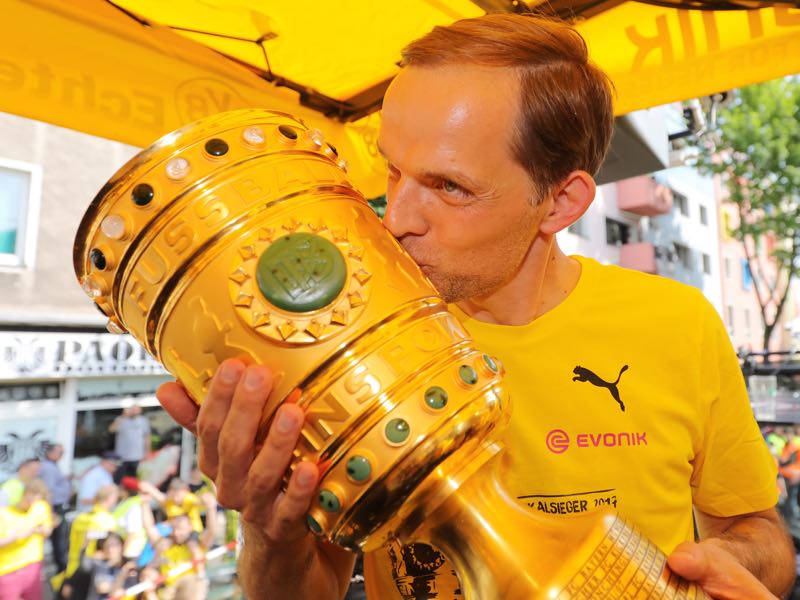 Not even winning the cup could fix the difficult relationship between the management and Tuchel. (Photo by Pool – Getty Images)

Then on Sunday Watzke congratulated Tuchel for winning the cup during the DFB Pokal celebrations in Dortmund. But instead of saying that he hoped that this would be the first of many titles Watzke singled out the work of the coaching staff over the last two years. At this point, a future together seemed very unlikely, and 48 hours later Tuchel, and not the club, announced that the relationship had been indeed severed.

What remains is two successful seasons in which the sporting aspects were perfect. But coaching is more than just about what happens on the field. Tuchel has failed to understand that players are more than just pieces that can be moved around on the chessboard. He also failed to comprehend that Borussia Dortmund are bigger than him truly. These will be aspects that this young coach will still have to learn if he wants to continue his already successful career.

As for Dortmund? The club will likely sign Lucien Favre in the coming days. The Swiss coach is tactically one of the best in the world, but like Tuchel is not always the easiest character to deal with. It will, therefore, be interesting to see whether Borussia’s project can continue successfully after the coaching change.