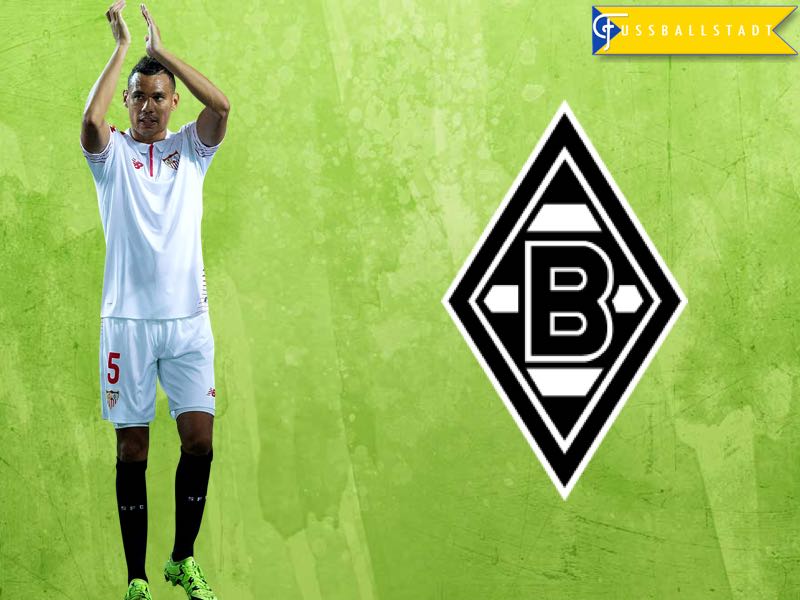 Timothée Kolodziejczak, together with Borussia Mönchengladbach’s new head coach Dieter Hecking, will be the most important addition for die Fohlen this winter.

The 25-year-old French defender, who has Polish roots, was signed from Sevilla for €7.5 million, and has signed a contract that will keep him at the club until 2021. Sporting director Max Eberl believes that Kolodziejczak could add much needed stability to Gladbach’s defence: “He can provide us stability, he is a very ambitious, and experienced individual. He is only 25 years old but has already won the Europa League on two occasions, and has played Champions League.” 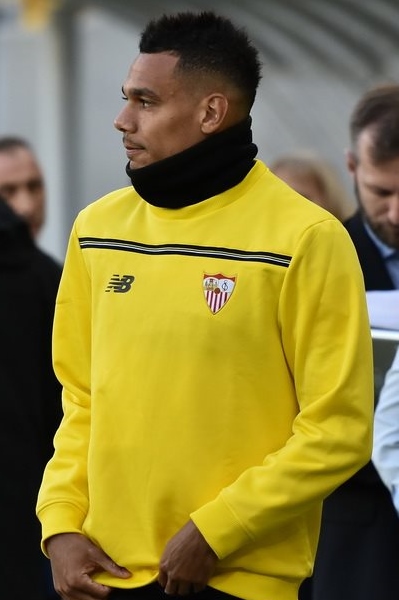 This experience, in particular, could be big for Gladbach in the second half of the season. They reached the Champions League last season under André Schubert, but had a horrendous Hinrunde thus far, and are currently in 14th spot, just three points ahead of the relegation playoff spot.

As a result, André Schubert was fired after matchday 16, and was replaced by the experienced Dieter Hecking, who is understood to be more than capable of bringing stability to Gladbach’s defence—they have conceded 25 goals in 16 games. With the squad at hand, Hecking will likely rise in the table in the second half, but catching up to sixth place, which would qualify them for the Europa League season next year, is a big ask considering the eleven point gap.

Kolodziejczak is a signal to Gladbach’s Europa League competition

Borussia Mönchengladbach have a tough draw with Fiorentina in the round of 32 of the Europa League. At the same time, the Europa League could be Gladbach’s best chance to reach European football next season. Gladbach are currently considered one of the outsiders to win the competition, and the addition of Timothée Kolodziejczak will only improve their odds.

In that regard, Kolodziejczak’s experience will be a major asset, as he has developed into a Europa League warrior during his time at Sevilla.

Kolodziejczak was a major part of Sevilla’s last two Europa League triumphs, and Dieter Hecking believes that the French defender can now become a major part of Borussia Mönchengladbach’s turnaround in the second half of the season. Dieter Hecking told kicker, “[Kolodziejczak] appears like a player who has been with us for a long time, which speaks for him. Obviously he will have to get used to the different style of play in the Bundesliga. But I hope that he can help us from the get go.”

What can Kolodziejczak bring to Gladbach’s game?

It will be interesting to see how the French centre-back will fit into Dieter Hecking’s tactical formation. Hecking told kicker that he prefers playing with a 4-2-3-1 formation. At the same time, he was adamant that he has the tactical flexibility to change his tactical preferences for the team: “It is right that I prefer a 4-2-3-1 formation. But I will not force the team to play a formation that they don’t want to play and, because of that, it will not necessary become our formation for the second half of the season. Under Lucien Favre, the side played in a 4-4-2 formation, and André Schubert’s 3-4-1-2 formation was also successful for a long time. I feel that the team feels comfortable in those two formations.”

Sevilla, under Unai Emery, often played with a 4-2-3-1 formation that would on occasion turn into a 4-3-3. With Chile, Jorge Sampaoli perfected a system with three centre-backs, a system that he then also used to great effect at Sevilla this season. Kolodziejczak, however, struggled to gain playing time under Sampaoli, and it will be interesting to see whether the French defender’s problems came with the switch to a new system, or if there were other reasons that caused his playing time to diminish in Spain.

Regardless, Kolodziejczak’s transfer indicates that Hecking might try to play in a similar system that Unai Emery used with Sevilla, which would indicate a switch back to a 4-2-3-1. Given the club’s defensive woes, this formation definitely would provide more stability, as the club could establish more control at the centre of the park.

Hecking certainly believes that the transfer was key, and even goes so far as stating that this could be the only piece of transfer business for the club this winter: “I am happy with the squad, and I am convinced that we will gain better results in the new year.” Of course he leaves a small door open for further transfers: “We will have to revisit the issue in case of injuries.”

Whether Kolodziejczak will remain the only transfer for Gladbach this winter remains to be seen, but one thing is for certain, his performance will be key for the club both in Europe, and in the Bundesliga.