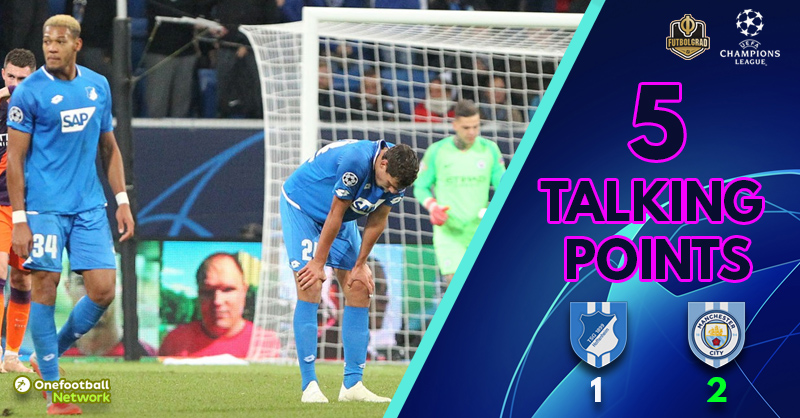 Ishak Belfodil put the hosts up inside the first minute and Sergio Aguero equalised minutes later, but Silva pounced in the final minutes to give City a much-needed victory.

It was a harsh way for Hoffenheim to lose, but the class and experience advantage enjoyed by the English Premier League champions eventually shone through. Here are five talking points from a tough European lesson for Die Kraichgauer.

TSG Hoffenheim vs Manchester City: A cruel way to lose

Hoffenheim’s debut home match in the UEFA Champions League group stage got off to the best possible start. Kerem Demirbay’s pass put Ishak Belfodil through on goal and the Algerian forward finished with class as the hosts took a surprise early lead.

City equalised not long after through Sergio Aguero however, as the match began a familiar pattern with Hoffenheim unable to hold the ball and inviting near constant pressure from the visitors. Manchester City had 68% of the ball in the first half but Hoffenheim improved after the break and got themselves back in the match.

With minutes remaining and the match seemingly heading towards a draw, the match took an unexpected turn as City pounced. Stefan Posch took a second too long on the ball, allowing David Silva to swoop before firing past Oliver Baumann for a late winner. 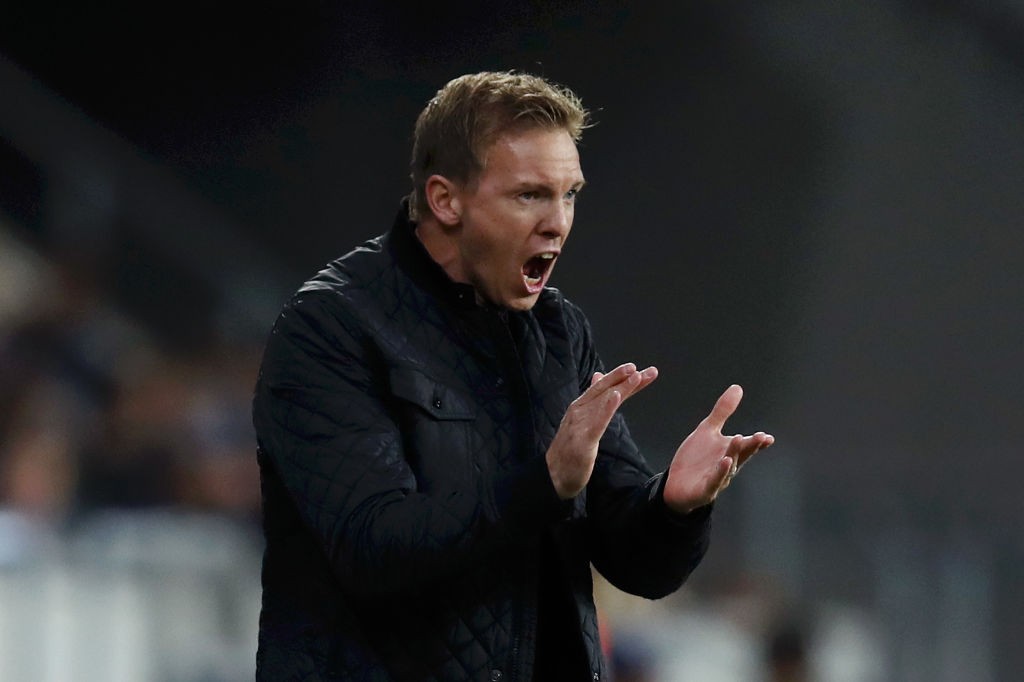 Julian Nagelsmann was missing a host of central defenders with Kevin Vogt, Kasim Adams, Benjamin Hübner, Havard Nordtveit and Ermin Bicakcic all out. Nico Schulz and Steven Zuber were also missing but the Hoffenheim manager refused to change his tactics or approach.

Justin Hoogma started for the second game in a row and rotated between central defence and holding midfield. Belfodil and Joelinton gave their all in attack and defence and were a large reason why Hoffenheim were able to restrict City’s chances in the second half.

Hoffenheim competed well against the mighty Manchester City, but as usual much of the credit must go to Nagelsmann who almost saw his team pull off an improbable upset.

Manchester City have obvious strength up front with Leroy Sané, Raheem Sterling and Sergio Aguero able to break on the counter attack and cause havoc. Sané and Sterling caused Hoffenheim’s wing-backs to drop deep which allowed Gündogan and David Silva room to manoeuvre.

Fernandinho bossed the midfield as City dominated possession and tried to make their class advantage count. Despite some dangerous attempts from Aguero, Hoffenheim were able to hang in the game and were desperately close to earning a hard-fought point.

However, the match turned in the space of a second and summed up the difference between the two squads. 21-year-old Stefan Posch has started a total of 12 Bundesliga games and has largely equipped himself well, but on this occasion he was robbed and taken advantage of by an experienced campaigner.

David Silva has been around the block, winning a World Cup, two European Championships and three Premier League titles. It was a moment that summed up the class and experience gulf between the two teams, a harsh but necessary lesson for Posch who will continue to improve. 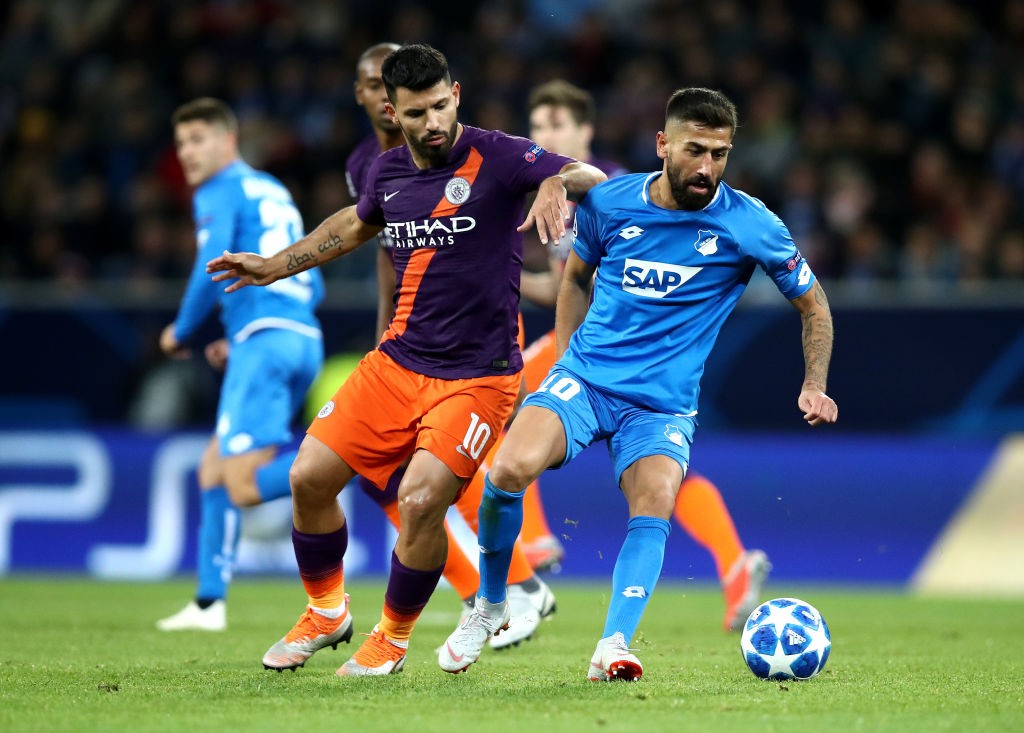 Kerem Demirbay made his first start of the season during TSG Hoffenheim vs Manchester City. (Photo by Maja Hitij/Bongarts/Getty Images)

Karem Demirbay made his first start of the season and wasted no time getting involved. His through ball pierced City’s defence and provided the assist for Belfodil’s opener in the first minute.

The 25-year-old was heavily involved in the early exchanges, a crunching challenge on Ilkay Gündogan setting the tone, combined with a willingness to push forward at every opportunity. A timely interception caused Fernandinho to be booked as Demirbay stamped his mark on the game.

Hopefully, Demirbay can stay fit and get an extended run for Hoffenheim. There is no doubt he has a spark that can ignite his teammates and they look a much better side when he is in it.

Pep Guardiola was in no mood to discuss the officials after the match. Leroy Sané appeared to win a penalty after a touch from Baumann and the City boss thought there were other instances where his team were hard done by.

After receiving a touchline ban that concluded in the defeat against Lyon, Guardiola realises his importance to the team and simply refused to discuss any specific incidents. He left the press in little doubt as to his true feelings, however, and appears to be realising that in battles with the officials, there is only ever one winner.