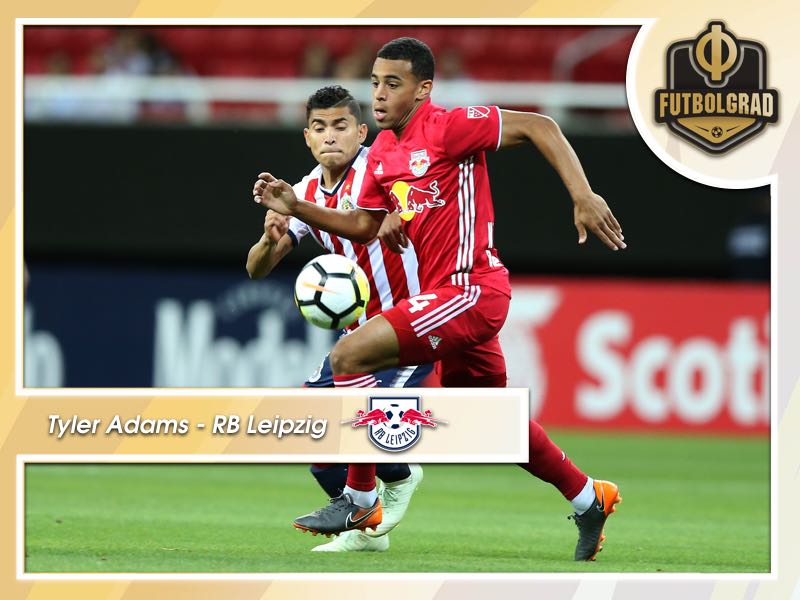 It was one of the worst kept secrets in Major League Soccer. Already in September ProSoccerUSA reported that Tyler Adams would leave the New York Red Bulls to join RB Leipzig.

On Sunday the transfer was finally made official.

“We have followed Tyler Adams’ progress for some time now. Despite being only 19 he was one of the best players at the New York Red Bulls and has been a national team player since November 2017,” sporting director, and interims head coach, Ralf Rangnick said to the press on Sunday.

“Tyler can help us in midfield right away. We are happy that he is moving over and are certain that he will make the next step in his development in the Bundesliga,” Rangnick added.

Leipzig are expected to pay a low seven digit figure to their affiliate club in New York, and Tyler Adams has signed a contract that will keep him at RasenBallsport Leipzig until 2023. Although evaluated at just €1 million by Transfermarkt it was expected that the 19-year-old would make a significant jump in his transfer evaluation at the next Transfermarkt update during the winter.

Nonetheless, RB Leipzig are understood to have paid somewhere between just $750,000 and $1million for the midfielder. The reason is simple MLS rules means that the Red Bulls can only use $750,000 of the transfer for General Allocation Money. The rest of the transfer sum would have gone into the coffers of the league and be redistributed among the different clubs.

With Red Bull the owner of both clubs, although in Leipzig’s case somewhat indirectly, Tyler Adams was simply delegated from one entity of the sports empire to another and the decision makers at Fuschl am See did not unnecessarily want to subsidise the rest of MLS by paying above market value.

As a result, Tyler Adams will not fall into the same mega-transfer category as Canadian wunderkind Alphonso Davies, who will join Bayern München from the Vancouver Whitecaps in a deal that could eventually rise to €18 million.

What sort of player is Tyler Adams?

Tyler Adams might, therefore, not get the same hype as Davies but RB Leipzig fans can be excited about what he will bring to the club. Brought through the Red Bull Academy system stateside the now 19-year-old has been one of the best midfielders in Major League Soccer this season.

“Other than the fact that he can play, and he’s a good player, is that he’s fearless,” Bradley Wright-Phillips, one of the most experienced players and teammate of Tyler Adams, told ProSoccerUSA this week. “I’ve seen a lot of good players go into changing rooms and crumble or step onto a pitch and not be themselves. His biggest strength to me is that he’s fearless. He can be playing in the Champions League, and he’ll look like he’s been there for years. With that and his appetite for the game, he’s got the world at his feet.” 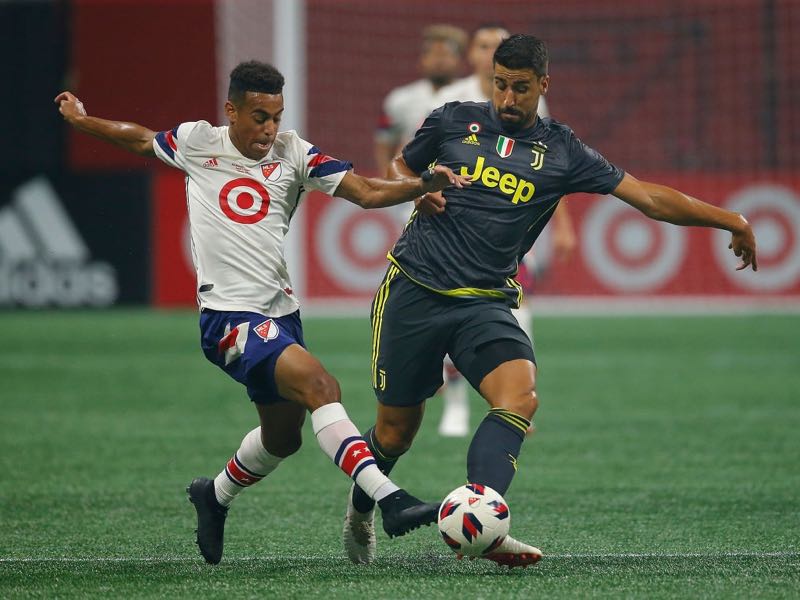 Tyler Adams #2 of the MLS All-Stars challenges Sami Khedira #6 of Juventus during the 2018 MLS All-Star Game at Mercedes-Benz Stadium on August 1, 2018 in Atlanta, Georgia. (Photo by Kevin C. Cox/Getty Images)

Wright-Phillips is correct. The Futbolgrad Network was on location when Tyler Adams played with his New York Red Bulls in Vancouver on August 19. In that particular game, the Whitecaps took the lead twice, but New York came back both times with Austrian Daniel Royer scoring the equaliser in the 90′ minute thanks to an assist by Tyler Adams.

What stood out was his ability to pick up the ball deep in his own half and drive it forward. Then there was his obvious football intelligence allowing to collect the ball and spotting the next pass before it even happened — the sort of qualities that a midfielder needs to succeed in Ralf Rangnick’s system at RB Leipzig.

In fact, some of those qualities will help Leipzig to fill the Naby Keïta void. Keïta, who joined Liverpool in the summer, has never been fully replaced by Leipzig this summer. Kevin Kampl has somewhat helped soften the blow of losing a player, who at his peak was perhaps the best player in the Bundesliga. But Kampl has also struggled with injuries and does not quite have the same dribbling dynamic that we have seen from Keïta at times over the last two seasons.

The numbers behind Tyler Adams

First and foremost Tyler Adams can help to add some much-needed depth – depth that has, in particular, been lacking in the Europa League. But he is no Naby Keïta clone because unlike Keïta, who on average completed 68.3% of his 7.38 dribbles per game in the Bundesliga last season Tyler Adams is no natural dribbler.

While Tyler Adams manages to complete 68.2% of his dribbles he does not as often seek one-v-one situations as Keïta did for Leipzig. On average Adams only dribbled the ball 2.33 per game in Major League Soccer this season. But as said above Rangnick, and his successor Julian Nagelsmann were not necessarily interested in a Naby Keïta clone. Furthermore, his completion rate of 65.2% indicates that Tyler Adams simply needs to seek one-v-one situations more often once he made the transition to the Bundesliga.

Where there are similarities is in where they play in midfield. Both like to operate in-between the two boxes. But whereas Keïta was more often found on the left and further up front between the halfway line and the 18-year-box Tyler Adams uses almost the full width and length between the two penalty areas.

It makes the US men’s national team player a more rounded player but also less effective going forward. Keïta in many regards was more of an attacking player for Leipzig, who liked to storm forward and with 1.81 shots per game (27.1% on target), was not afraid to unleash a shot from a distance. Here Tyler Adams is much more of a conservative player. This season in MLS Tyler Adams has averaged 0.4 shots per game, and only 7.5% of those shots were on target.

All of those numbers, of course, come with a bit of a caveat. They were achieved in two different leagues and the Bundesliga is a much more competitive league then Major League Soccer. At the same time, Adams competed in MLS as a teenager this season and is four years younger then Keïta.

Hence, while Keïta and Adams are somewhat different players, there is a sense of optimism that with some help Tyler Adams could help fill the Keïta void eventually. There are a few things going in the American’s favour. With Jesse Marsch Tyler Adams already knows one of the coaches on the staff. Marsch, after all, coached New York Red Bulls before being delegated to Leipzig to act as Rangnick’s assistant this season.

“I’m excited for it because I know that he was one of the people that had belief in me from my first steps here, so I’m excited to go there and have the opportunity to learn from him again,” Adams told ProSoccerUSA.

Marsch’s presence will help, as will the fact that the Red Bull clubs all operate in a similar setup. Tyler Adams will not face a massive culture shock in Germany, which, in turn, means that Leipzig are handed a talent that could already make an impact during the second half of the season.