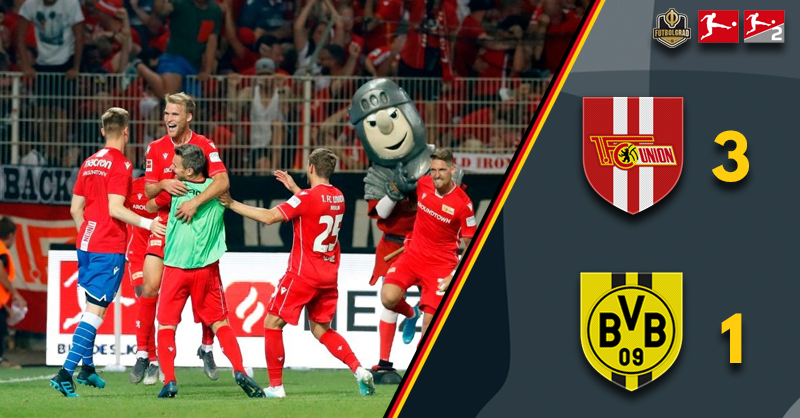 On a blisteringly hot evening, Union Berlin welcomed Borussia Dortmund to their forest stadium. From the first few minutes, the tempo was set – not only was the weather hot but the hosts were also.

The first thirty minutes flashed past in the blink of an eye, the score locked at 1-1 but it could have been more. Neven Subotić the closest to breaking the initial deadlock, his header just the wrong side of the post after a searching ball from Christopher Lenz.

Dortmund were creating their own chances, but also their own problems – the yellow and blacks powered by Julian Brandt looked to be a force going forward, but as seen over recent weeks they remain rather open at the back.

No surprise then to see Union follow the path taken by Augsburg and Köln, the Köpenick side taking the roof of the An der Alten Försterei as Marius Bülter finished from close range.

In what is quickly becoming a Dortmund ‘Bundesliga 2019/20 tradition’ – Lucien Favre’s men hit back quickly, three minutes later to be precise.  Jadon Sancho with yet another assist, teeing up Paco Alcácer with a simple tap – the Spanish forward registering his 25th goal for the club since his arrival just over 12 months ago.

What didn’t follow quickly was another Schwarzgelben flurry of goals, but it probably should have – Julian Weigl and Marco Reus both went close, but what of the hosts? Sebastian Andersson and Anthony Ujah were creating numerous headaches for Dortmund’s backline.

As the half-time whistle blew, the draw was a fair reflection – Dortmund not having it all their own way, with Union Berlin again showing they can test the big sides in this league.

Just moments after the restart – and as the embers of a pyrotechnic display burnt out – Union showed more than just their ability to test, Bülter rifled home his and Die Eisernen’s second.

The 21’717 packed into the An der Alten Försterei sounded like ten times that amount – Dortmund looked shellshocked, unable to mount their own worthy attack nor contain the free-flowing football from Union.

As the hour arrived it was the hosts who looked in control but Dortmund continued to press. Mahmoud Dahoud was brought into midfield, replacing Thomas Delaney at the break and he went the closest to restoring a foothold in the fixture – his shot just flashing past the post.

Powered by their home support, Union went in search of a potentially game-killing third – the fixture was as open as it could possibly be, with it almost impossible to spot who was the title favourite and who had been labelled with a quick return to 2.Bundesliga.

The heat of the Berlin late summer brought two water breaks, the second of which on 70 minutes came as a reprieve for Dortmund, who were under a full Iron attack.

If the An der Alten Försterei was loud after their second goal, Sebastian Andersson most definitely took the proverbial roof off with his strike on 75 minutes. The joy from the terrace to the pitch was unmistakeable – Union had defied the odds, not only had they beaten a title favourite – they had given them a bloody nose. 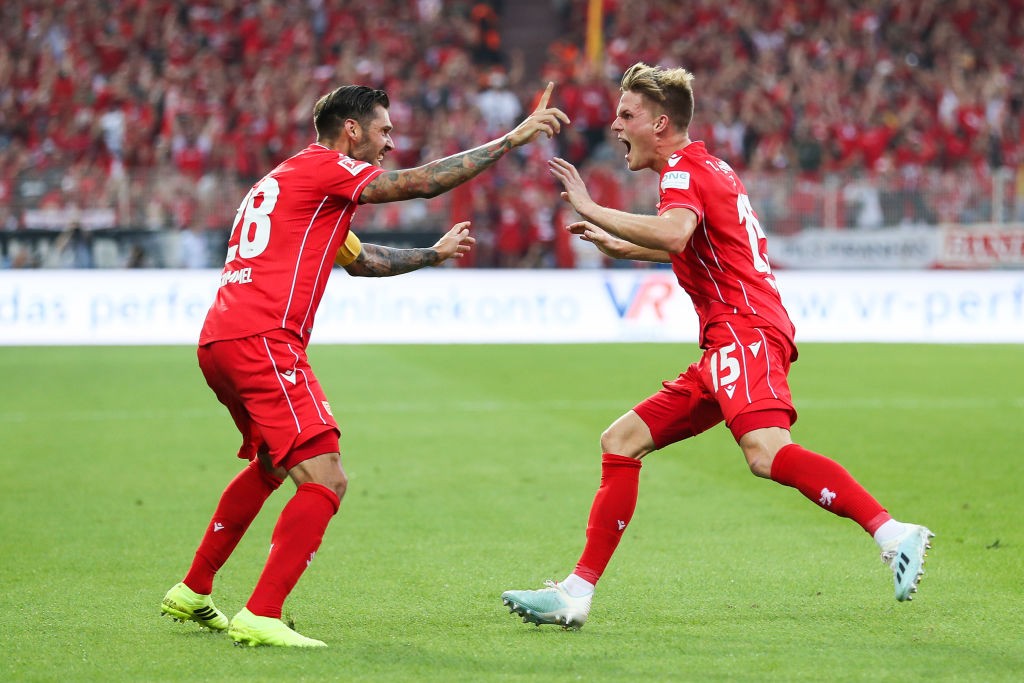 The Magdeburg loanee looked a cut above as he strutted around the Union pitch. Adding to his earlier goals in the Pokal, the 26-year-old-old picked up his first Bundesliga brace, the second the pick of them – a well hit shot from outside the box that left Roman Bürki flat out at full stretch, unable to stop the rocket.

The ex-Leverkusen midfielder earned his first start of the season, and Dortmund’s early attacking promise came from the German’s tenacity and improvisation. His skill allows Favre’s side an extra attacking luxury, but one that couldn’t be turned into goals this afternoon.

Not content with a standout performance against Leipzig – and a goal against Augsburg – the Sweedish forward once again showed just what he is capable of with a precision strike for the Berlin side’s third, it was the icing on a very tasty Iron Union cake.

Lucien Favre’s side was outplayed and outmuscled in a performance that will be closely studied by all his title rivals. Dortmund were beaten at their own Gegenpressing game, by a Union Berlin who looked fired up by the fanatical support in the stands.