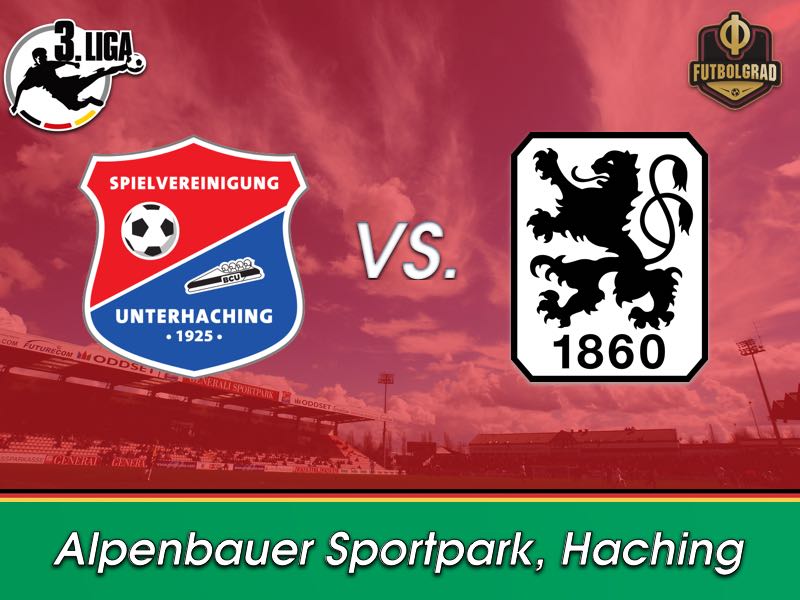 Haching to host 1860 Munich in the S-Bahn Derby 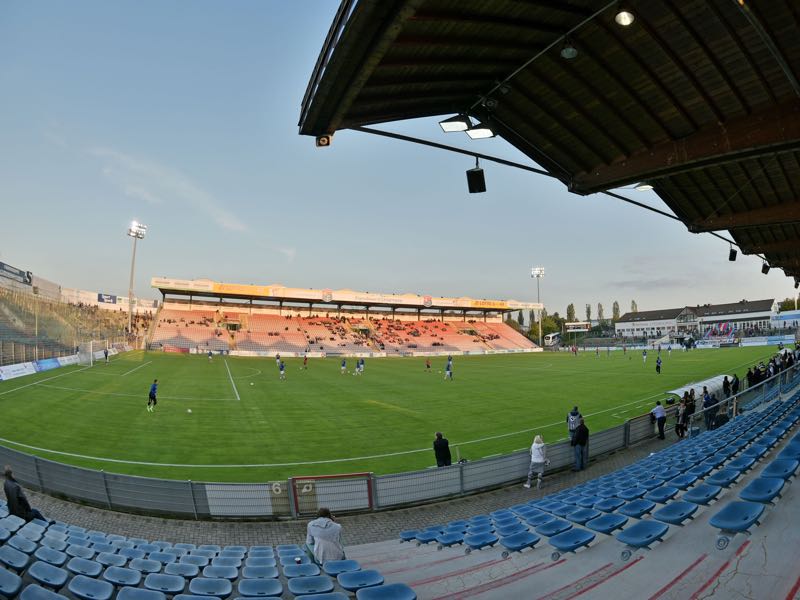 Unterhaching vs 1860 Munich also known as the little Munich derby or the S-Bahn derby (the suburban train derby). Technically, speaking Unterhaching is not a part of Munich but instead a municipality located in the wider Munich district.

At the same time, the Grünwalder Stadion and the Alpenbauer Sportpark are separated by just a short 7.5km drive on the Autobahn or one stop on the S-Bahn. That alone would be a reason enough for a healthy rivalry.

There is also a significant history between the two sides. In the 1999/00 and 2000/01 Bundesliga seasons the two clubs faced each other on four occasions and in 2000/01 Unterhaching won both their matches against 1860. Die Löwen, however, had the last laugh as they faced Unterhaching’s relegation competitor Energie Cottbus on matchday 34 and then lost the match 1-0.

For years there were rumours that legendary 1860 München head coach Werner Lorant had lost that match on purpose to revenge the two 1860 derby defeats that season. We will never find out the truth, furthermore, it did not stop Lorant to coach Unterhaching in 2007.

Signed to safe Unterhaching from Bundesliga 2 relegation Lorant, however, could not give the decisive impulse to keep Haching in the second division. On matchday 32 Unterhaching lost 1-0 to 1860 München once again it was a result that would cement Haching’s relegation but this time to the third division.

Financially, die Spielvereinigung was at the end. It was only thanks to former 1860 München captain Manfred Schwabl that Unterhaching were able to consolidate in the fourth division. New sponsors and a concept of turning the club into an academy club brought success and promotion to Liga 3 in 2017.

Like Unterhaching a season of consolidation under new head coach Daniel Bierofka followed. Bierofka built a new team mostly consisting of local talent and surprised many by not only dominating the Regionalliga Bayern but also navigating his club through the bottleneck of Regionalliga promotion by beating Saarbrücken in the playoffs.

Now with one year delay, the S-Bahn derby is back on the league calendar. Going into the match 1860 München had two disappointing results against Hansa Rostock and Wehen Wiesbaden. Both times die Löwen were up by a goal and both times 1860 dropped points drawing Rostock 2-2 and losing the Wiesn Auftakt to Wehen Wiesbaden 1-2.

Both those games can be noted down as classic growing pain by a team that is still getting used to a new division. Unterhaching, in the meantime, have been excellent this season. Collecting 15 points from the first eight games Unterhaching are second in the division four points ahead eighth-placed 1860 München.

With this in mind, Unterhaching will be the favourites in the derby. But 1860 fans will turn the Sportpark in Unterhaching into a home fixture for their club Haching is by far the smallest club among the three Munich clubs in terms of fan support. Hence, with die Löwen fans out in full support – 5,000 tickets were allocated to 1860 and many more bought tickets through Haching’s allocation – the game will be a home game for the blues.

Unterhaching vs 1860 Munich – Players to look out for:

Stephan Hain is not only Unterhaching’s dangerman but also a striker with a past at 1860 München. The 29-year-old played for die Löwen from 2013 to 2016 but struggled at the Giesing based club. In the 2016/17 season Hain scored 32 goals in 28 games and then added another 18 goals last season in Liga 3. This year he is once again Unterhaching’s top scorer with four goals and two assists after eight games. 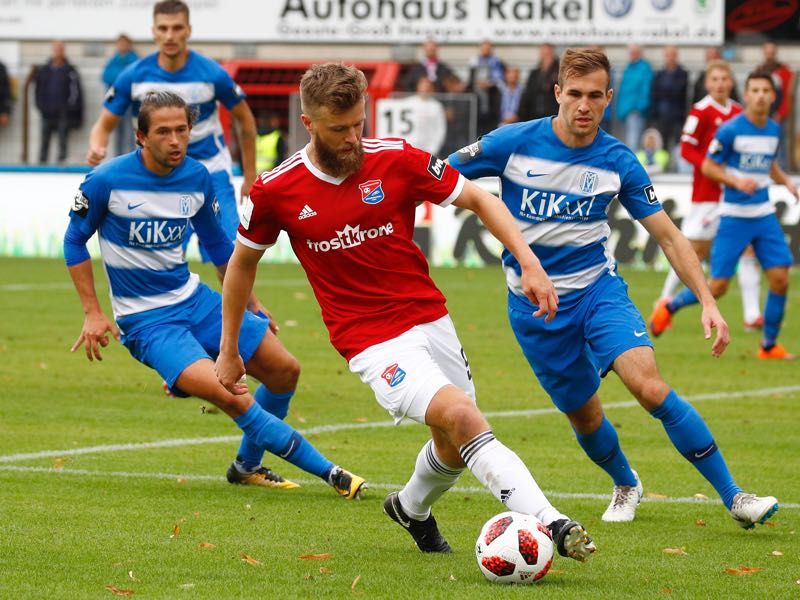 Julian von Haacke and Marco Komenda of Meppen challenges Stephan Hain of Unterhaching during the 3. Liga match between SV Meppen and SpVgg Unterhaching at Haensch-Arena on September 22, 2018 in Meppen, Germany. (Photo by Joachim Sielski/Bongarts/Getty Images)

Everything at 1860 is focused on the forward tanks Sascha Mölders and Adriano Grimaldi. The two, however, have struggled with fitness and die Löwen are somewhat toothless when the two do not score. But 1860 München have strength in depth and the likes of Nico Karger need to get their scoring touch going. The 25-year-old scored 14 goals in 32 Regionalliga Bayern games last season but has only scored twice in eight games thus far this season. 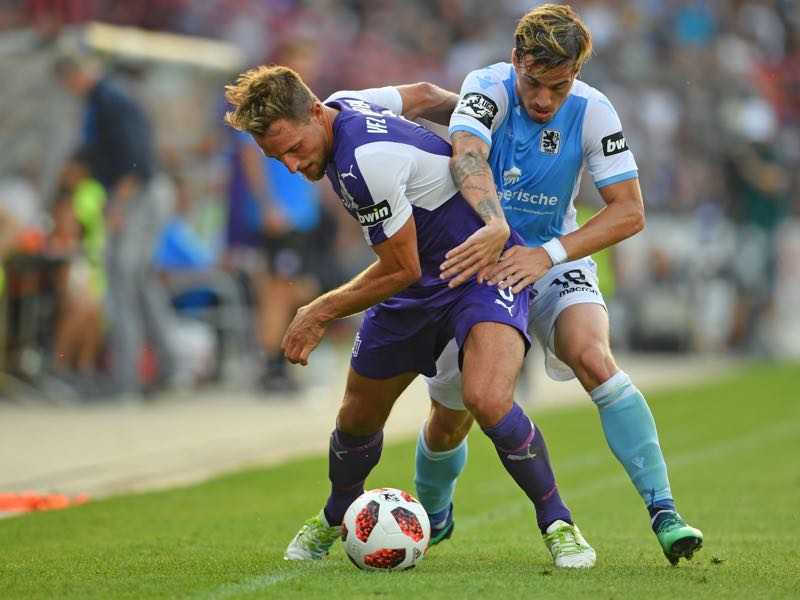