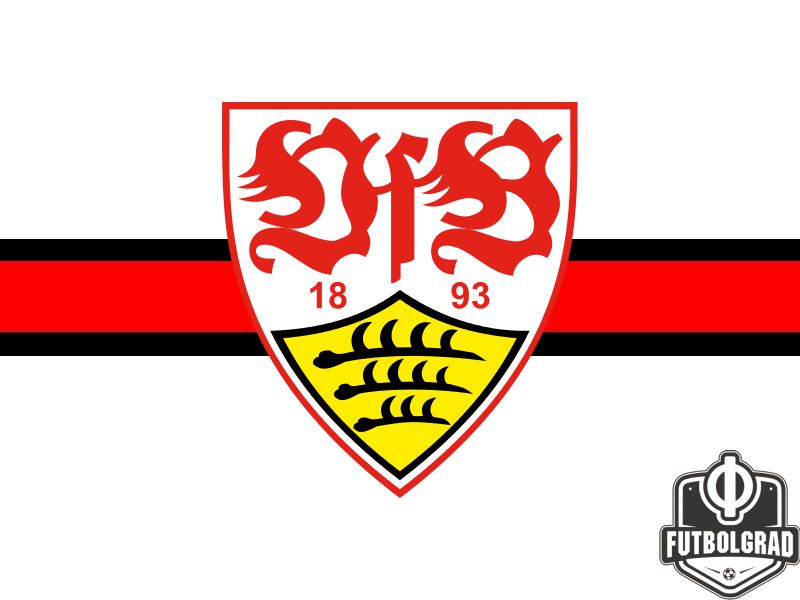 VfB Stuttgart – The Swabian Giant Returns to the Bundesliga

After a year of absence, VfB Stuttgart are back in the Bundesliga. The Swabians were demoted to the Bundesliga 2 at the end of the 2015-16 season. Stuttgart’s relegation to the second division came exactly forty years after the club was last relegated from the Bundesliga.

A founding member of the Bundesliga Stuttgart were relegated at the end of the 1975-76 season. Back in the 1970s the relegation to the second division, however, meant that the club could restructure using youth players and thanks to the club’s strong academy was able to not only return to the Bundesliga after one season but also play a significant role in their first season back. The club ended up finishing the 1977-78 season in fourth place and would then regularly finish in the top five in the coming years.

In fact, many of the young players such as Hansi Müller, Karlheinz and Bernd Förster, Karl Allgöwer and Dieter Hoeneß were just some of the players that became household names in the 1970s and 1980s. Using the foundation of the young team that managed promotion to the Bundesliga Stuttgart then won the title in 1983-84 and became a top address in German football.

Always a candidate to finish in the top half of the table Stuttgart won another title in 1991-92 and then in 2006-07. The club has been particularly popular in Germany for its ability to produce national team players. Aside from the above-mentioned players, Jürgen Klinsmann would also start his Bundesliga career with Stuttgart. 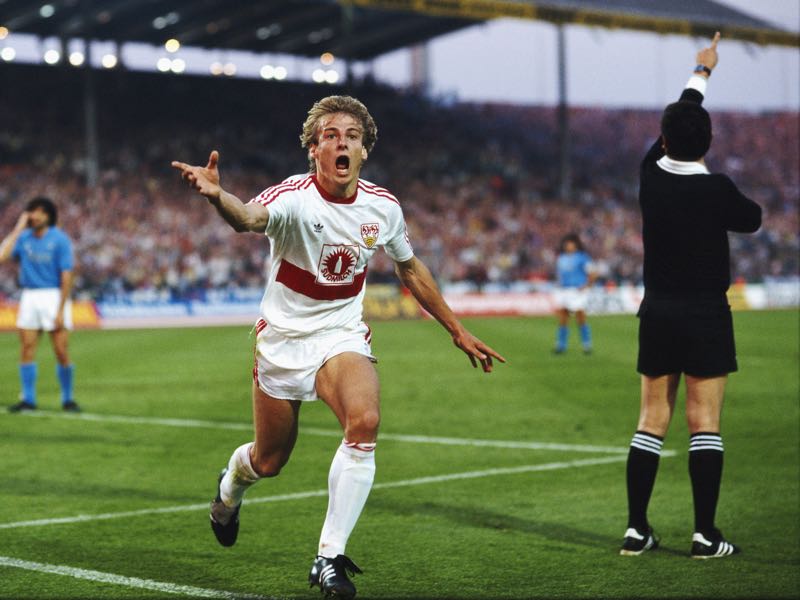 Then in the 2000s, it was Sami Khedira, Mario Gomez, Kevin Kuranyi, Timo Hildebrand, Alyaksandr Hleb, Sardar Tasci and Andreas Hinkel that came through the ranks of Stuttgart’s youth academy. But as it was the case in the 1970s for Stuttgart something started to go sour in south-west Germany.

VfB Stuttgart Declined After Winning the Title in 2007

After winning the title in 2007 Stuttgart were set to become a club that could regularly challenge Bayern München at the top of the table. Instead of investing the Champions League money earned wisely, however, Stuttgart coached by Armin Veh and managed by Horst Heldt the club was not able to build on the championship.

Instead many of the top stars left the club. Mario Gomez, for example, was sold to Bayern München for €30 million in 2009. As a result of Stuttgart gradually developed from being a top team to a middle-class team and then a club that would regularly fight.

In 2012, 2013, 2014 and 2015 Stuttgart just avoided relegation to the second tier. Then in 2016, ironically a year where the club played some of the most attractive football in Germany, Stuttgart were relegated to the Bundesliga 2 after finishing the season in 17th spot.

The entire situation was somewhat reminiscent of what happened forty years prior. On paper, the club and the city were too big to go down to the second division. But when it happened there was almost a sense that it was exactly what Stuttgart needed.

A year in the second division would allow VfB Stuttgart to break apart existing structure and clean out a squad that was a bit unbalanced. Both things happened but not right away.

Stuttgart started the season with the Dutch coach Jos Luhukay. Luhukay is a bit of a specialist when it comes to promoting teams to the Bundesliga. Luhukay, however, is also a man of principle with a philosophy that did not necessarily fit a club that was looking to renew itself. It also turned out that he was completely incompatible with new sporting director Jan Schindelmeiser.

It turned out the two were simply not compatible. Schindelmeiser wanted to bring in young prospects that could help the club in the long term. Luhukay, on the other hand, was adamant that you needed to establish Bundesliga 2, who can speak German, players to get the job done. Der Spiegel would later call the situation the “confrontation of two different worlds.” On the one hand the established coach and on the contrary a young manager who believed in flat hierarchies. 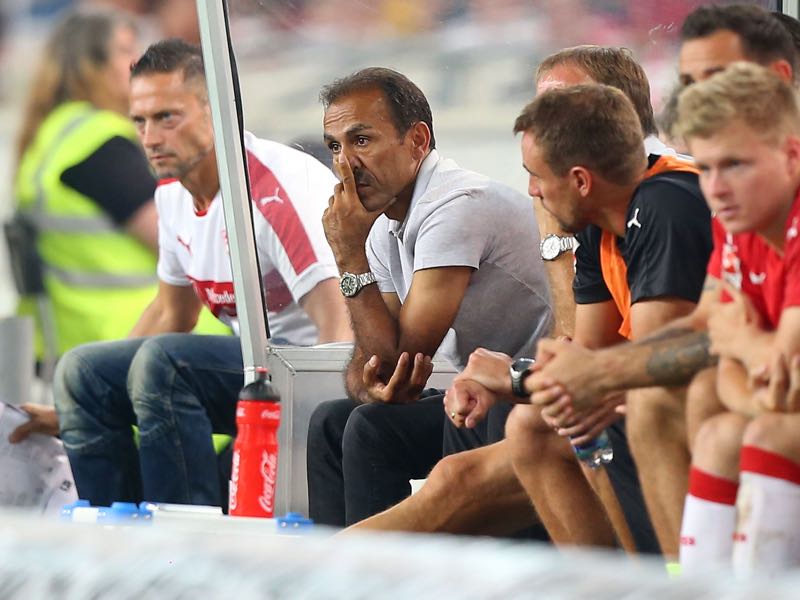 In the end, it was Schindelmeiser, who won the power struggle when Jos Luhukay decided that he was going to leave the club on September 15, 2016. Schindelmeiser then went the unconventional route when he signed the 35-year-old head coach Hannes Wolf from Borussia Dortmund.

Wolf had previously been successful with Borussia Dortmund’s U-19 side, and insiders expected that it would only be a matter of time for him to be given a chance at a top club. For outsiders, however, the move was a big surprise. Even in Germany where it has been in vogue to give young coaches a chance to work in the Bundesliga the appointment of a 35-year-old at a club that was pretty much forced to be promoted was seen as a big gamble.

The move worked out, however. In the remaining 29 games, Wolf collected 1.97 points on average and ended up winning the Bundesliga 2 title with VfB Stuttgart. Despite VfB Stuttgart’s riches, it was a remarkable achievement. With a mean age of just 23.6 and knowing that not achieving promotion could set the club back for years, Wolf withstood the pressure and got the job done.

It was a Remarkable Bundesliga 2 Season for Stuttgart

Overall, in fact, it was an impressive season for VfB Stuttgart in Bundesliga 2. The club not only finished first on the table but also had the eleventh highest average attendance (50,054) in Europe. Stuttgart, in fact, attracted more paying visitors to the Mercedez-Benz Arena in the Bundesliga 2 then big European clubs like Manchester City (46,974), Celtic FC (46,917), Inter Milan (46,611) and Liverpool FC (44,749).

VfB Stuttgart was back in the business. Before this season, however, there was still some homework to be done to ensure that VfB Stuttgart could use the momentum that they gained from their season in the Bundesliga 2.

One major issue was the club’s economic structure. Unlike most Bundesliga teams, Stuttgart’s professional side was still run by the membership club rather than a professional independent financial entity. The restructuring of the organization, in fact, had been an issue for years and with Mercedez-Benz ready to step in to become a shareholder the time seemed to be right to get it done. 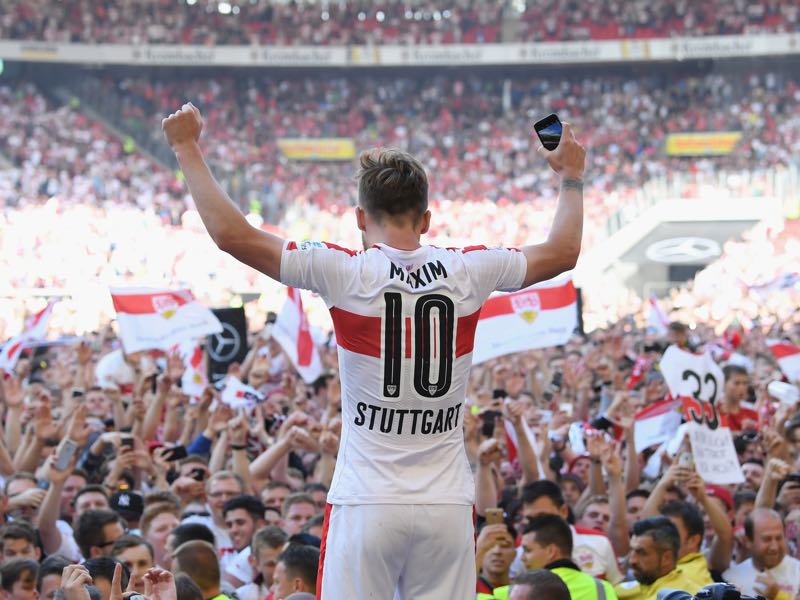 The club, however, needed 75% approval from its members to set up a new economic entity that would run the professional football team. With the successful Bundesliga 2 season concluded. However, the members seemed ready to embrace change to become a club that could challenge once again for the very top of the Bundesliga table.

14,000 of the 55,000 members attended the extraordinary meeting at the Mercedez-Benz Stadium, and 84.2% voted in favour of setting up a new entity that would control the professional football club. The new economic setup of the club allowed VfB Stuttgart to sell 11.5% for €41.5 million to the Daimler AG. The club also hopes to generate another €60 million by selling further shares.

Stuttgart Could Turn Heads Next Season

The money means that VfB Stuttgart will not be a regular promoted side next season. The club has already spent €11.8 million on new players—including Chadrac Akolo and Ron-Robert Zieler—and is expected to make further investments in the squad in the coming weeks.

One player that has been closely linked with Stuttgart has been Gabriel Barbosa. The Brazilian star has had a poor season with Inter Milan and is desperate for some playing time. Whether Stuttgart will be able to land the Brazilian remains to be seen, but the Schindelmeiser’s interest in signing the Brazilian shows the sort of categories Stuttgart is considering when it comes to new signings this summer.

Schindelmeiser, however, will not invest all the money in new players. As mentioned above Stuttgart have been a reliant producer of youth players in the last few decades. That source of easily available talent has, however, gone dry in recent years.

The reason for that is simply other clubs such as Schalke, Bayern, Hoffenheim as well as Leipzig have all invested more money in their youth academies and have therefore past Stuttgart in that department. Head coach Wolf and sport director Schindelmeiser have now made it their priority to make Stuttgart once again the top address for young players. With all of this in mind, it is certainly exciting to see the Swabians back in the Bundesliga next season, particularly since der VfB will be anything but a typically promoted side and instead could become the biggest surprise package of the 2017-18 Bundesliga season.