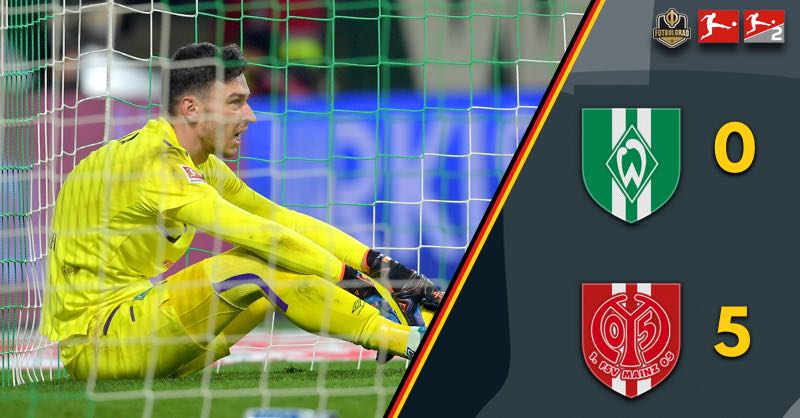 Florian Kohfeldt under pressure after Werder Bremen are smashed by Mainz

Mainz had a fantastic start to the game. In the 9th minute, Mainz took the lead. Robin Quaison was picked out by Adam Szalai, the Swedish striker scoring with a shot from inside the box. Just five minutes later, Mainz had doubled the lead. Milos Veljković tried to intercept a cross, the ball bounced from his foot towards the goal, hit the post, and then went in off Jiri Pavlenka. Werder was now falling apart. In the 19th minute, Quaison found to much space in the box to score his second of the game. Quaison was not done yet. The Swede was left blank following a corner, easily tapping the ball across the line for his hattrick.

Boos and whistles greeted Werder at either end of the halftime break. Not that it made much of a difference. Mainz were in total control and never gave the Green and Whites and opportunity to get back into the game. In the 72nd minute, Bremen thought they had scored. But scorer Claudio Pizarro had handled the ball in the buildup, and the goal was chalked off. Instead, Mainz added a fifth in the 82nd minute. Jean-Phillippe Mateta, who only came on in the second half, escaped Bremen’s defense and easily beat Pavlenka. 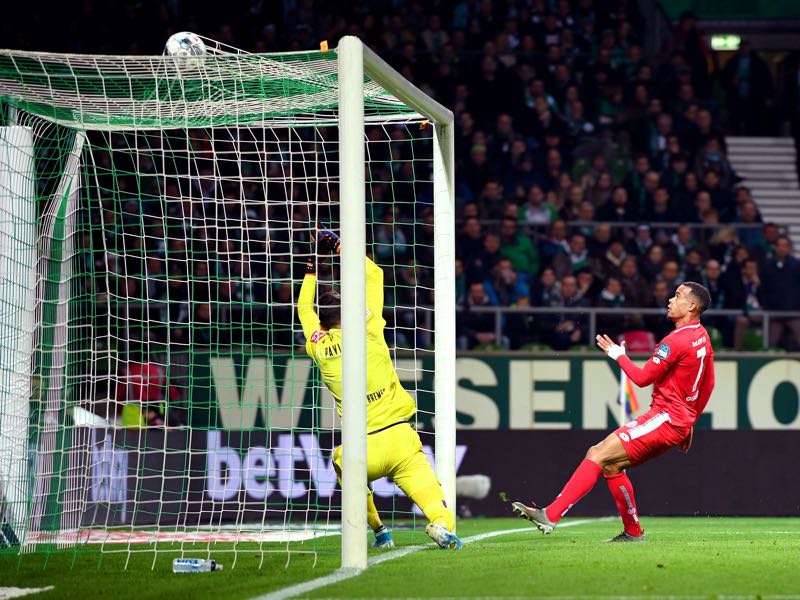 Dismantled Mainz in the first half–the Swedish striker scored three goals in the first 45 minutes alone and also had his hand in Werder’s own goal. A fantastic performance that was underlined by a sold second half in which Quaison always stayed alert and dangerous.

The Hungarian had a good game until he was brought off in the 67th minute. The striker had one assist and played two key passes. The forward was also ever-present, making it extremely difficult for Werder Bremen to defend the attacking line.

Pavlenka’s nightmare season continues. The Werder keeper could not be faulted for the own goal in the 15th minute. The ball bounced awkwardly off the post and there off Pavlenka into the goal. Just one of five occasions, the keeper was beaten on this forgetful night for Werder fans.

As a result, Bremen are now deep in the relegation battle. Not good enough given the investments made in the squad but also the expectations set by the club ahead of the season. For Mainz, this is a big result against a direct relegation competitor, the Karnevalsverein could be six points clear of the dropzone when the dust settles on matchday 16.