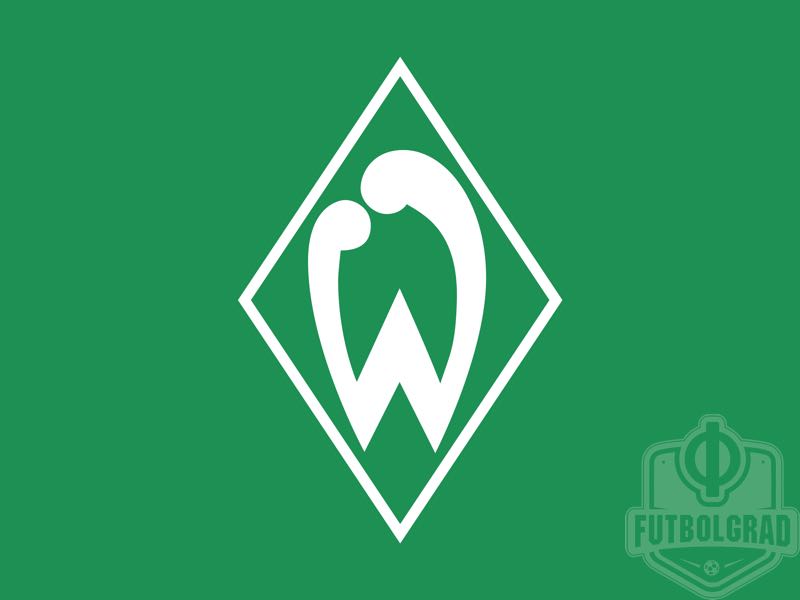 Werder – A Family Crisis Shows the Need of Reform

Alongside 1.FC Köln Werder Bremen is perhaps the most disappointing story of the current Bundesliga season. But whereas the downfall of 1.FC Köln has been a major surprise Werder Bremen’s problems were somewhat foreseeable ahead of the season despite a strong finish to the 2016-17 season.

Last year Werder were just one win short of qualifying for the Europa League missing out on seventh place after a 4-3 defeat to Borussia Dortmund on matchday 34. It was a fantastic result after a poor start to the season which started with four straight defeats and meant that head coach Viktor Skrypnyk was replaced by Werder Bremen II manager Alexander Nouri on an interims basis.

Firing Skrypnyk at this point was consequential by sporting director Frank Baumann. In fact, many believed that it was a mistake in the first place to go into the season with the Ukrainian head coach. Skrypnyk just about saved the club from relegation the previous season and the Ukrainian failed to show the necessary abilities to move Werder forward into the sort of direction that could have formed the club from the Weser into a Bundesliga contender. 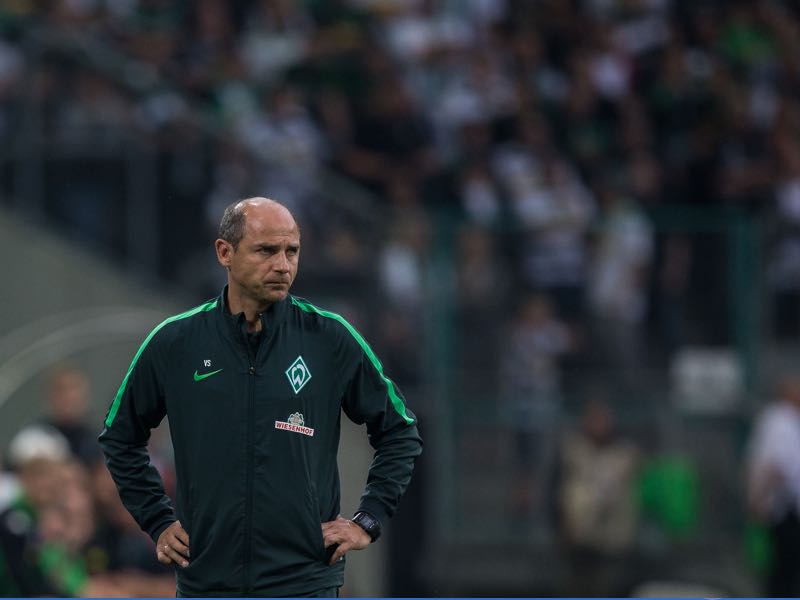 Viktor Skrypnyk was let go by Werder at the beginning of last season. (Photo by Maja Hitij/Bongarts/Getty Images)

It was, therefore, no surprise that former sporting director Thomas Eichin was adamant in wanting to replace Skrypnyk with a new head coach. Signed in 2013 to replace Klaus Allofs Eichin had made a name for himself working for the ice hockey club Kölner Haie in the Deutsche Eishockey Liga (DEL). A former football player with a long career at Borussia Mönchengladbach Eichin was able to reform Germany’s most famous hockey team.

Hence, when Werder were looking for an outsider to help turn the fortune at the club that once was considered Bayern’s biggest challenger at the top of the table, the club officials identified Eichin as the man, who could get the job done. Times, however, had changed for Werder. Structurally the Hansestadt Bremen cannot compete with the financial powerhouses of the rich cities in the south and the popularity of football in the West of the country.

Bremen, in fact, is one of the poorer cities in Germany and at a time where corporate sponsorship has become a key backbone for football Werder found it difficult to compete with the big boys from Munich and Dortmund. With the economic landscape changing Werder needed a reformer and while Eichin’s resume suggested that he was the right man for the job his background made it difficult to succeed at a club like Werder.

It was under Eichin that Viktor Skrypnyk was given the job in October 2014. A former Werder player and then youth coach Skrypnyk managed to guide Werder to a respectable seventh place finish. The following season things went quickly south, however, with Werder struggling most of the season and it was only thanks to a victory on matchday 34 that the club stayed in the league.

At that point, the club was in a middle of a power struggle between Eichin, chairman Marc Bode and former assistant Frank Baumann. Like head coach Skrypnyk, Bode and Baumann were former Werder Bremen legends that had won national championships with the club. Baumann also worked together with former sporting director Klaus Allofs and then was Eichin’s assistant until the end of the 2015 season when decided that he wanted to take a sabbatical.

Baumann would become an essential player in what happened at the end of the 2016 season. At that point, Eichin was adamant that the club could not continue with Skrypnyk and wanted to replace the head coach. The board around Marc Bode, Klaus Filbry and President Hubertus Hess-Grunewald, however, wanted to keep with Skrypnyk. They were of the opinion that Skrypnyk, a former championship player with the club, deserved a second chance.

Instead, it was Eichin who decided to end his time at the club stating different opinions on the future direction. It was clear he had lost the power struggle with the grandees of the club—the established players that have guided Werder Bremen since the 1990s and were responsible for two national championships and countless qualifications in the UEFA Champions League.

The problem, however, was that they had failed to go with the time. Werder, in fact, needed fresh blood and new ideas. The club that was once the greatest show in German football had become stale and boring.

Werder, unlike any other club, had resisted change, however. Instead, one term that is often used around the club is Werder Familie (Werder Family). Hence, when Eichin left Baumann came back in as his replacement. Baumann then moved on to strengthen Skrypnyk’s back and signed former Werder Bremen youth player Max Kruse and highly the touted winger Serge Gnabry with the help of Bayern München’s money.

Despite the signings it became quickly clear that Skrypnyk was not the correct coach for the club and on September 18, 2016, Skrypnyk was replaced with Werder’s youth coach Alexander Nouri. Fuelled by the excellent Fin Bartels, Max Kruse and Serge Gnabry Werder managed to climb up the standings in the second half of the season. Starting with matchday 21 Werder managed nine wins and two draws and rose all the way up to sixth place.

Alexander Nouri was Another Internal Solution for Werder

On paper the results were fantastic, but Werder benefited from the fact that many of the teams they were facing in the stretch were struggling. Many of the top teams, in fact, were struggling, which saw the likes of Werder, Köln and Freiburg finish in the top ten despite having poor point totals. It is for that reason that many Bundesliga experts are calling the 2016-17 season a fluke and given the performance shown by Köln, Freiburg and Werder this season there is a strong indication that those teams overperformed last season.

For Werder, this meant that the club quickly came to trust Alexander Nouri into a role that was not necessarily made for him. Indeed going back to the beginning of his coaching career there are signs that even club officials were not sure about his future at the club. Although Nouri spent most of his career elsewhere, he is also a Werder academy player with strong roots in North Germany.

Fitting into the Werder Familie has always been important for the decision makers at the club. The problem, however, was that Nouri was not able to bring the spark needed to create true reform at the club. Instead, Nouri and Baumann fuelled by the false sense of security continued the course set after the 2015-16 season.

Losing Serge Gnabry, who joined 1899 Hoffenheim on loan after completing his move to Bayern, was a big loss that was not well compensated by the club. Instead, Baumann and Nouri hoped that they could get away with a relatively small squad supplemented by some of the club’s youth players. 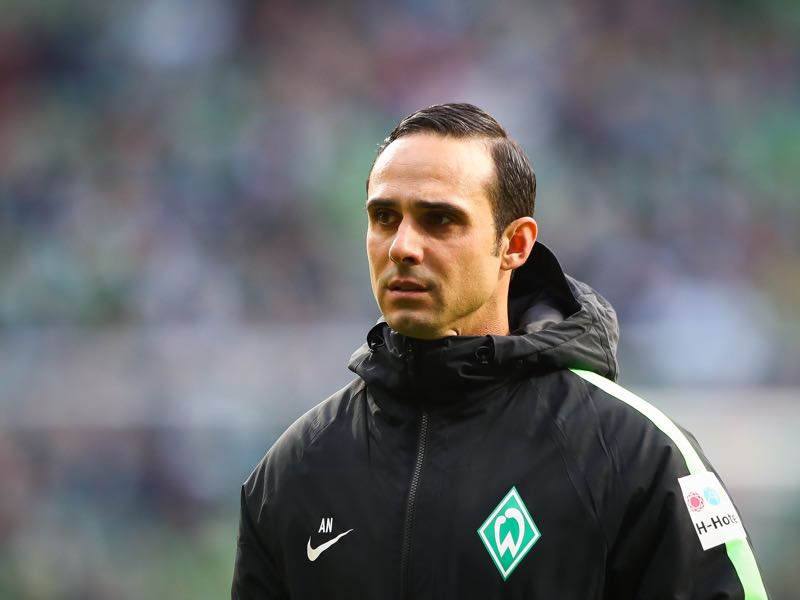 The squad, however, was too thin and Nouri’s luck had run out. Ten games in he had collected just five points, and his side looked lifeless. Tactically the coach was too one-dimensional, and the opposition quickly realised that Werder was a team that could be rapidly shut down. But Nouri is not the one that should be blamed.

The decision makers should have already realised last season that they needed a reformer not just on the bench, but also in other areas of the club. Not blessed with the best economic environment Werder need to become an innovative club in every aspect from scouting to coaching methods to acquiring potential investors. The current construct with an emphasis on the Werder Familie, however, seems to be working for the club in this department.

What Werder need right now is a reformer. Thomas Tuchel was named as one of the candidates for the coaching position on the weekend. It is doubtful that Tuchel would be enticed to taking the job at the Weser, but the fact that the club is looking at candidates like him shows that the decision makers have realised that change will be necessary. Tuchel would be the sort of coach, who would want absolute control and would want to bring change and break ancient structures.

Signing someone like Tuchel, however, will not be enough. Werder will also need to step away from the concept of hiring within the family and bring in new players in other sectors of the club. That does not mean that former players should not be welcome—Bayern, for example, show how to balance filling positions with former players and outsiders—but that there needs to be room for new heads with fresh ideas. Otherwise one of Germany’s proudest clubs could soon take the tough route to the second division.