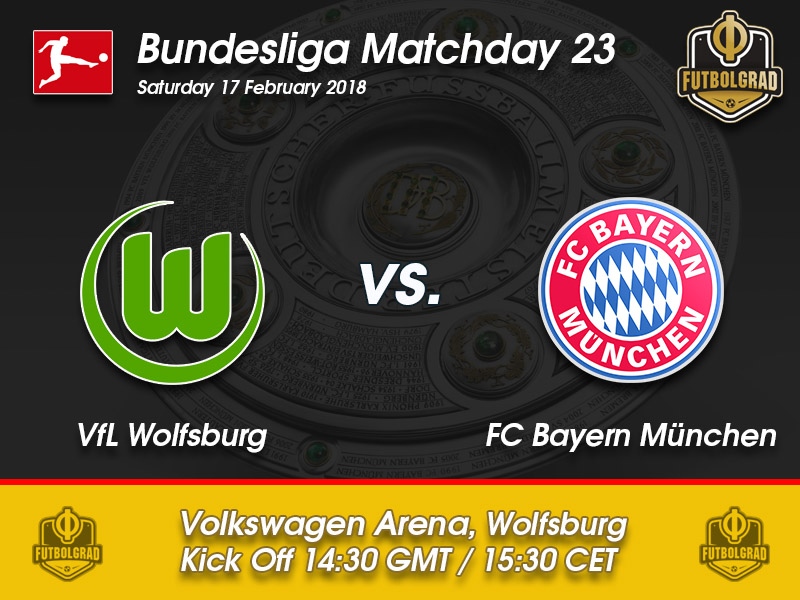 Wolfsburg vs Bayern will take place at the Volkswagen Arena. (Photo by Ronny Hartmann/Bongarts/Getty Images)

Wolfsburg’s struggles at the bottom half of the table continue. After defeats to Schalke and Bremen Wolfsburg are now just four points off the drop zone and all that with one of the more expensive sides assembled in the Bundesliga.

Perhaps the most significant problem for Wolfsburg has been that the club decided to start the season with Dutch head coach Andries Jonkers, who preferred to play possession-based football, despite the fact that the club’s sporting director Olaf Rebbe had some serious doubts over the future of the Dutch coach. Jonkers was then fired after four games and replaced by former Mainz coach Martin Schmidt, who prefers counter football.

As a result, Wolfsburg are a side that lacks chemistry and balance. Schmidt has made the matter worse by failing to find a consistent starting eleven and by praising his squad despite poor performances. As a result, both Schmidt and sporting director Rebbe are now under observation by the bosses within the Volkswagen Group. A poor result against Bayern could mean the end for both with Horst Heldt, and Jörg Schmadtke rumoured to come in to replace Rebbe and Jens Keller to replace Martin Schmidt.

With this in mind, the game against Bayern will be under a special light. But how are Wolfsburg supposed to stop the Bayern train which is steaming forward to the sixth German championship in a row. Perhaps the only light at the end of the tunnel for Wolfsburg will be that Bayern head coach Jupp Heynckes will rotate the squad heavily to have fresh legs for the Champions League game against Besiktas on Tuesday.

The likes of Javi Martinez, Joshua Kimmich, David Alaba and Robert Lewandowski, who scored five goals in nine minutes against Wolfsburg in 2016, will likely not start in this game. For the likes of Sebastian Rudy, Juan Bernat, Rafinha and Sandro Wagner this is a rare occasion for some much-needed game time, and the four will want to show Heynckes that they deserve to start more often. Wagner, in particular, will need any minute he gets to nail down his World Cup spot. As a result, Bayern will still have enough to get the result against Wolfsburg, which will push the Volkswagen club further into relegation trouble.

The Liverpool loanee started well into the season, but in recent months has struggled to justify Wolfsburg’s decision to sell top striker Mario Gomez to Stuttgart. Gomez has regained his scoring touch at Stuttgart and with the two clubs stuck in relegation trouble Wolfsburg’s decision to let Gomez go looks like the wrong one for now. That is if Origi keeps on struggling to find the net. The Belgium striker should be motivated enough after all he is playing for his future in Wolfsburg and a spot in the Belgian World Cup squad.

Thiago will likely get the start on Saturday against Wolfsburg. The Spanish midfielder finds himself under probation after Bayern announced the signing of Leon Goretzka in January. Right after the signing of Goretzka, many expected that it would be Arturo Vidal that would be shown to the door next summer. But the Chilean has been phenomenal for Bayern in the second half of the season, and with his physical presence, goalscoring touch and his ability to stay injury free has now the upper hand over Thiago. There are now many that believe that Thiago, with his lengthy injury history, could now become the player that will be sold by Bayern in the summer. That is if he does not show his value to the Bavarian giants in the second half of the season. 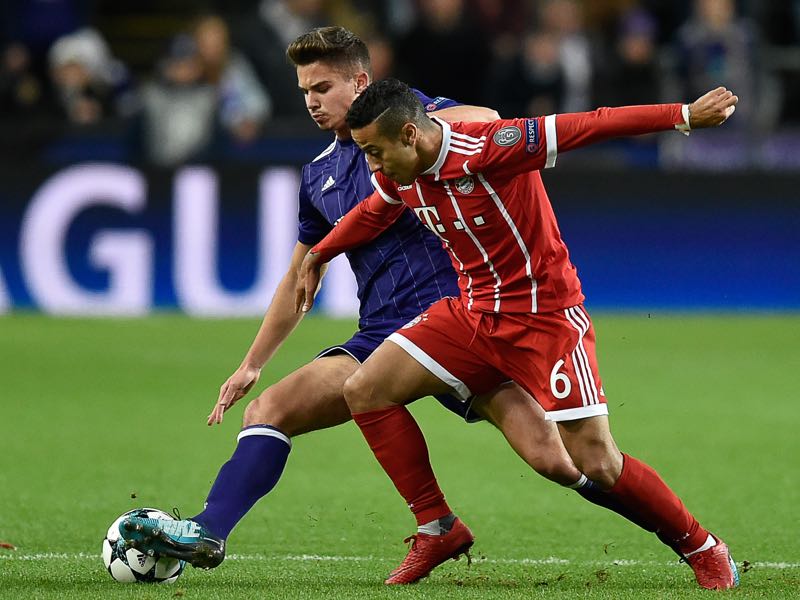 Thiago finds himself under probation at Bayern. (JOHN THYS/AFP/Getty Images)