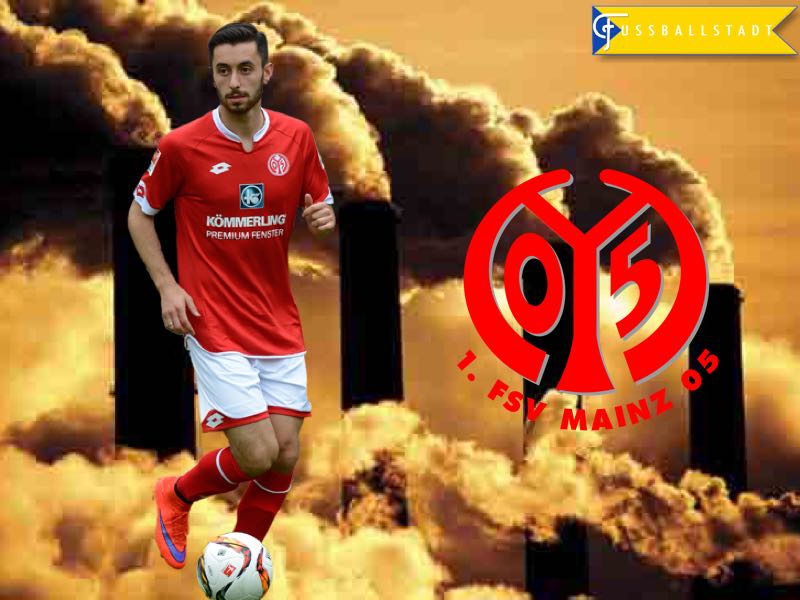 Yunus Malli’s transfer from 1. FSV Mainz to VfL Wolfsburg will likely be the biggest story in the Bundesliga this week. Yunus Malli has recently become a hot transfer target in the Bundesliga, as his contract includes an exit clause of €10 million, which is set to kick in on July 1, 2017.

Furthermore, Malli’s contract is scheduled to expire in the summer of 2018, which means that this winter and next summer are the only times that Mainz could receive a sizeable transfer fee. On the one hand, Yunus Malli did not want to force a move to leave the club, yet on the other hand, on January 4 Malli’s agent Ilhan Malli told Sport Bild: “We have not received a new contract offer. Which is odd.”

Sport Bild further reported that Mainz wanted to wait until after the winter break to extend the contract. In fact, it is now understood that they where looking to sell the player, this winter, for more than the €10 million that they would receive from the exit clause in the summer.

Perhaps Mainz believed that they would not be able to sign Malli to a new contract without a sizeable increase in salary. Mainz are a so-called Ausbildungsverein, a team that develops players, and then sells them with a profit.

Malli, on his part, has been one of the most prolific attacking midfielders in Europe this season. Malli was directly involved in 15 goals for Mainz in the Bundesliga and Europa League this season, which makes him the third most productive offensive midfielder in Europe after Arsenal’s Mesut Özil (16 scorer points), and Zenit Saint Petersburg’s Guiliano (21 scorer points).

The German magazine kicker recently ranked Malli as the eleventh best attacking midfielder in the Bundesliga. They believed that Malli could have been ranked higher, had it not been for his inconsistent play this season. Indeed, Malli appeared to be either the best player on the field, or completely off the radar.

Despite the criticism, however, Malli is an outstanding talent and, with several clubs in the market for an attacking midfielder, the time seemed ripe for Mainz to reap their reward on the player who was signed on a free transfer from Borussia Mönchengladbach in 2011.

His talent, in fact, was already in high demand last winter when Borussia Dortmund made a substantial offer for the Mainz 05 midfielder. Mainz, however, blocked a transfer with the promise that they would allow the player to leave if a sizeable offer was made in the future. Many suspected that such a deal would come in the summer transfer window, but Dortmund had looked elsewhere, and most other Bundesliga teams had no pressing need to sign a player like Malli.

As is often the case in any transfer window, it is one transfer that makes the dominoes fall, and make moves possible that were previously deemed unlikely. With VfL Wolfsburg selling Julian Draxler to Paris Saint-Germain for €47 million, it was clear that die Wölfe would be looking for an attacking midfielder, who could fill the void created by Draxler’s departure.

At Wolfsburg, with plenty of cash to spare and with several positions to be filled, Yunus Malli must have been the perfect target for die Autostädter for they were aware that Mainz would be willing to sell the player for slightly more than the €10 million that the exit clause would command in the summer. With the deal now complete, Wolfsburg will still have enough money in the bank to sign several other players this winter—the club have already signed Riechedly Bazoer from Ajax Amsterdam, and are reportedly close to completing a deal for Stade Rennes’ attacking winger Paul-Georges Ntep.

It is no surprise that Wolfsburg are delighted that they were able to complete this deal. Sporting director Olaf Rebbe told the press: “We are delighted that we could convince Yunus Malli of Wolfsburg’s new path. He is another offensive midfield alternative in our squad. He has also played over 100 games in the Bundesliga, and on the European level played for Turkey, and for Mainz in the Europa League. Finally he is a perfect team player.”

Wolfsburg’s coach, Valérien Ismaël, was also delighted: “Yunus Malli gives us more flexibility and strength up front, as well as more competitiveness in the squad. He is dangerous in front of the goal, but can also give assists. On top of that, he strong in set play situations. He knows the league, and won’t need time to get used to the environment.

Signing Yunus Malli is a real coup for die Wölfe

The transfer is certainly a coup for a club like Wolfsburg. Die Wölfe had a miserable 2016 and, up until matchday 14, appeared to be a contender for relegation. But a strong finish to the Hinrunde has meant that the club has a more positive outlook going into the winter break. The transfer of Draxler to Paris Saint-Germain, and the signing of several young promising players could now become the signal for a strong second half of the season, as well as a brighter future in the long term.

For Mainz, however, this is business as usual. Der Karnevalsverein is one of the smallest clubs in Germany in terms of infrastructure, history, and location. Despite these shortcomings, Mainz has always managed to punch above their weight. This is due to intelligent management, and player development.

Mainz know that they have to sign players on the cheap with an eye to selling them to one of the big spenders later on. Malli was no different, and it was only a matter of time that the talented Turkish national team player would leave the club.

Sporting director, Rouven Schröder, therefore, did not sound too disappointed when he spoke to the media on Thursday: “Yunus Malli’s performances have been noticed and, after five years with Mainz, he wanted a change of scenery. After calculating the pros and cons we decided to accept the offer, especially as we didn’t believe that we could extend his contract with terms that would make business sense for Mainz. We wish Malli all the best. He will become a great example for young players, who want to develop at Mainz, and become top players before taking the next step.”

Mainz has indeed developed a reputation for being a club that has the patience to develop young players, and the club now hopes that Malli will become the next product of the Mainz school to make a major impact away from the club. This would help Mainz to sign promising young stars who can not only help the team right away, but can also be sold on, in order to help the club grow long term.