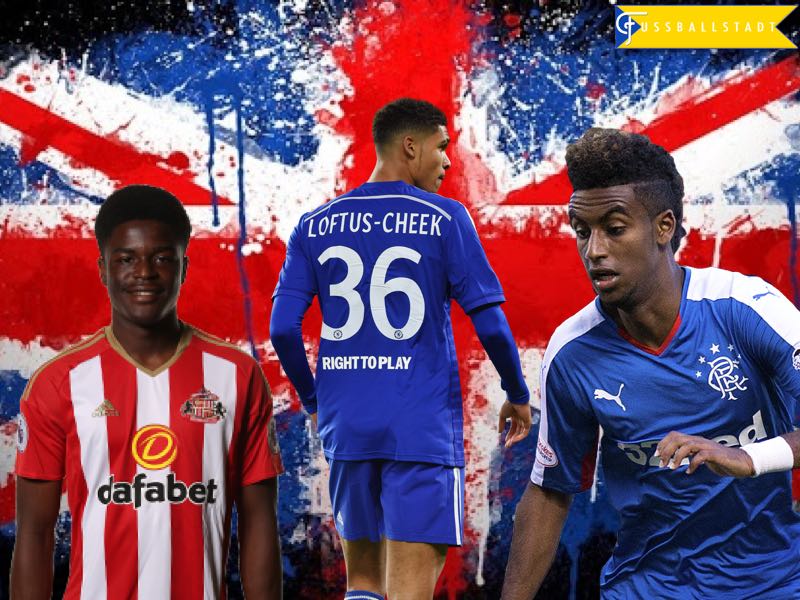 50+1 is a term most associated with the structure of DFL clubs—to compete in the Bundesliga, a club must hold a majority of its own voting rights. Lately though you could be forgiven for thinking it is a trend emerging within Bundesliga clubs, which is extensive scouting of British football (for more on this check out the Gegenpressing – Bundesliga Podcast).

Back in 2010, ten years after the compulsory introduction of Bundesliga academy systems, it was reported that 275 out of the 525 players in the Bundesliga had gone through an academy education, this was a statistic for the German footballing nation to be proud of. Over 50% of players within the league had been through their own system—there are very few top-class leagues in the world who could hold up such a statistic.

With some parts of Europe now catching up with the German academy model—many by replicating it—it seems the Bundesliga is now able to entice the very best emerging talent onto German shores, as well as keeping its own, by offering the one thing they cannot get—first team football.

The capture of Oliver Burke from Nottingham Forest by RB Leipzig was a major move in European academy circles. A foreign club had actively pursued and beaten many Premier League clubs to the signature of an emerging British Championship talent. It seems, Oliver Burke may have blazed a path for others to follow.

Hot on the heels of Burke’s move to Die Roten Bullen is the news that RB Leipzig have returned to Nottingham Forest—this time in pursuit of Matty Cash, as well as keeping a close eye on Brentford striker Scott Hogan.

With the Bundesliga now a real option for emerging foreign talent to acquire regular first team football there are several players within the UK academy structure that are catching the German eye:

A return to Germany for Zelalem seems likely in the near future for this talented defensive or central midfielder. The 19-year-old duel German and American national is out of contract in the summer and is reportedly growing frustrated with a lack of first team opportunity at the Emirates. Berlin born and already exposed to German football through a spell at Hertha Berlin’s academy, prior to moving to the United States, Zelalem would seamlessly make the transition to the Bundesliga. Borussia Dortmund look favourites to land Zelalem’s signature with the promise of more opportunities for first team football at the Signal Iduna Park. This would be welcomed by all connected with Zelalem.

Although Chelsea manager Antonio Conte has ruled out any loan move for Loftus-Cheek during the January window the England U21 international has many admirers at Borussia Mönchengladbach. Staff at Gladbach are keen to offer Loftus-Cheek the chance to kick start his senior career Borussia-Park. His attacking midfield and left midfield ability would certainly bolster the depth of squad at Borussia-Park as Die Fohlen look to climb the league when Matchday 17 returns in late January. With Loftus-Cheek impressing during the recent FA Cup 3rd round fixture versus Peterborough United it may take an above market value bid to twist Chelsea’s arm into a sale. With the Blues valuing Loftus-Cheek €5 million, and unwilling to part with the midfielder in the short term, Gladbach may be forced to make an approach in the region of €7 million if they wish to conclude business early. With the central midfielder under contract until 2021 Gladbach may wish to return to West London in the summer—hoping a continued absence from the Chelsea starting line-up may fuel the midfielder’s desire to move on.

Emerging as one of the major talents from this year’s Mercedes Benz Junior Cup, Leicester City’s 17-year-old Scottish goalkeeper has gained a lot of positive attention with his recent display—earning him the prestigious Goalkeeper of the Tournament Award. Yates is in good company as Manuel Neuer emerged from this tournament back in 2003. With Hoffenheim, RB Leipzig, Schalke and Stuttgart all present at this year’s tournament Yate’s stock within the German academy system is at a current high. Hoffenheim and Leipzig are well known for their ability to capture and develop raw talent. With Leicester’s Kasper Schmeichel in his prime it may be that the Bundesliga could offer a quicker route into first team football than faced currently by Yates.

This 17-year-old centre forward was recently described as being “head and shoulders above everyone else on the pitch” during a FA Youth Cup tie. Exceptionally clinical for his age Maja has only had one opportunity of first team football at Sunderland—named as an unused substitute during a Premier League game versus Chelsea in December 2016. His rawness and energy is comparable to Dortmund’s Ousmane Dembélé. With Dembélé currently taking both the Champions League and Bundesliga by storm the chance for a German club to capture a similar talent is a hard one to resist. Maja’s style and play would certainly suit a club like Eintracht Frankfurt. With Niko Kovač adept in nurturing young talent Die Adler are a club who could offer Maja not only more first team opportunities—they may also be able to offer lure of European football next season. With Sunderland fighting for their Premier League lives this avenue of escape could be pivotal for a player of Maja’s potential.