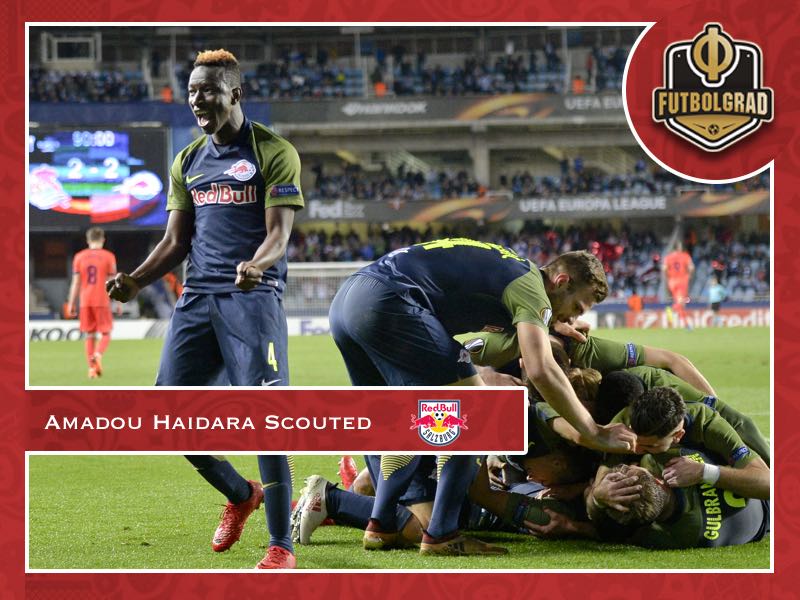 Amadou Haidara – Can he fill the Keïta void at Leipzig?

It was the 53rdminute of UEFA Europa League second leg semi-final between Red Bull Salzburg and Olympique Marseille. Salzburg needed a goal to get back into the tie and were pressing but did not find a way through. Salzburg were struggling until the 20-year-old Malian midfielder Amadou Haidara picked up the ball just beyond the halfway line and started to storm past several Marseille defenders completing an incredible dribble with a fantastic goal to get Salzburg on the board.

Salzburg would then score another but lose the match in controversial fashion. Haidara, however, was on the tips of everyone’s lips. Already linked with a move to RB Leipzig last winter, where he was among the candidates to replace Naby Keïta, who at the time appeared to leave Germany early for Liverpool, Haidara once again owned the headlines.

Now, however, the deal with Leipzig appears to be on. Die Roten Bullen sporting director Ralf Rangnick is actively pursuing Haidara and wants to convince the midfielder to move from one Red Bull operated club to another. Salzburg, in turn, are expected to receive €15 million in what would be already the 15thplayer to make a move from the Mozartstadt to the Heldenstadt.

Amadou Haidara – Will he become number 15?

In that regard, it will, therefore, not be a transfer without controversy. Critiques, perhaps rightly so, will point at the links between the clubs and, the fact, that UEFA has allowed to let both compete in Europe regardless.

Leipzig’s decision makers without a doubt will point at the fact that both clubs follow the same philosophy and that Leipzig have paid good money for players from Salzburg – €53.4 million to be precise. The point about the philosophy is without a doubt real. Those that have followed Salzburg’s progress in the Europa League this season will have noted the obvious comparisons in playing styles between Leipzig and Salzburg.

Salzburg, in fact, might be the more Red Bull of the two Red Bull sides. Under head coach Marco Rose the Austrian Bundesliga champion have played fantastic football, combining aggressive forechecking with tactical discipline and technical abilities to play some of the best football on the continent. 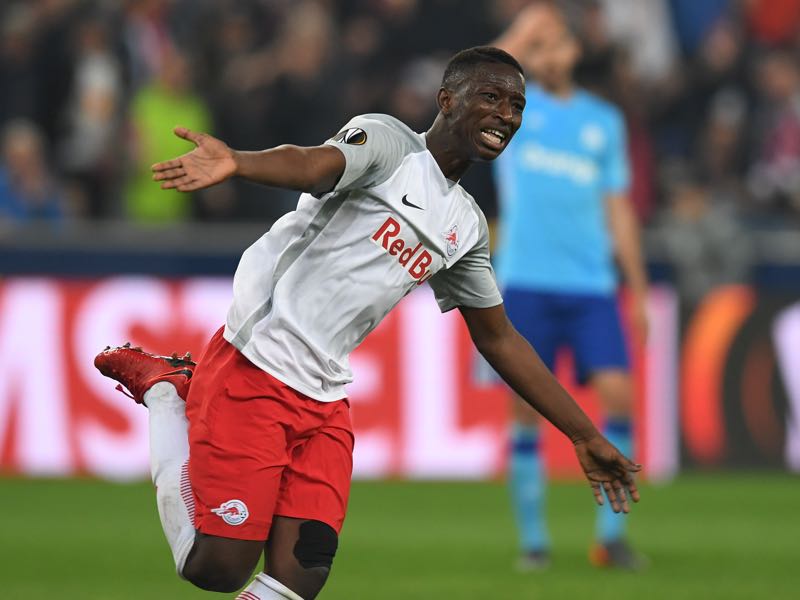 With Amadou Haidara as the centre-piece Salzburg, the only reason Salzburg are not the perfect hipster team this season is the club’s obvious link to a corporate entity. That does not take away from, the fact, that the club have been a lot of fun to watch and that Haidara, in particular, is one of the most astonishing players to emerge in European football this season.

Speaking to the Futbolgrad Network in January Jan Říha, a scout who has watched Amadou Haidara extensively this season describes some of the strengths and weaknesses on his homepage. Říha believes that there are some comparisons to Naby Keïta when it comes to Haidara in particular.

Haidara like Keïta “plays the ball smoothly, doesn’t put the receiving player under pressure, incredibly skilled at one-touch passing, fantastic vision behind the lines, either on the ground or through the air and the ability to pursue that vision and try it out…”

Many of those observations, however, date back to January and at the time there were still some doubts that Amadou Haidara could step in and fill the void that Keïta will leave this summer. Some of those doubts were washed away following the 20-year-old’s performances in the knockout stage of the Europa League.

The Malian’s goal to make it 1-0 against Salzburg, in particular, led to the sort of kneejerk reaction by spectators, who right away compared Haidara’s movements to some of the goals scored by Keïta this season. It is true that that particular goal was comparable by some of the efforts scored by Keïta in recent weeks.

Furthermore, Amadou Haidara’s movement also was Keïtaesque, but there are of course significant differences between the two players. First of all, there the age. Haidara will have to grow into Keïta’s role at Leipzig and, of course, Leipzig are now a different club from two years ago when die Roten Bullen were first promoted to the Bundesliga.

One of the big differences between Haidara and Keïta is the defensive nature in the 20-year-old Malian’s play. Where Keïta has made 4.5 dribble attempts a game this season Haidara has only produced 1.6 dribble attempts per game. The goal against Marseille, however, shows that when needed Haidara is more than comfortable in breaking forward and perhaps in a different system could act a bit more offensively.

Due to his more defensive positioning, Amadou Haidara also wins more of his duels (60% per game) than Keïta (49%). Those numbers are based on the Austrian Bundesliga (Haidara) and the German Bundesliga (Keïta).

Internationally, Keïta already remains, for now, a level above Haidara despite Salzburg having a better season in Europe than Leipzig. Here Keïta led Amadou Haidara in dribble rates (75% to 62%), dribble attempts (6.2 to 2.7 per game), pass accuracy (84% to 68%) and ball contacts (86 to 70 per game).

Those numbers, however, do not reflect the three-year age difference between the two players. Also, Keïta has now played in one of Europe’s top leagues for two seasons in a row and has, therefore, the benefit of having played with a top club. Haidara now has to make that step from Austria to a top league to grow, and it does not take much fantasy to imagine that the 20-year-old Malian could easily complete that step and fill the Keïta sized hole in Leipzig’s midfield next summer.