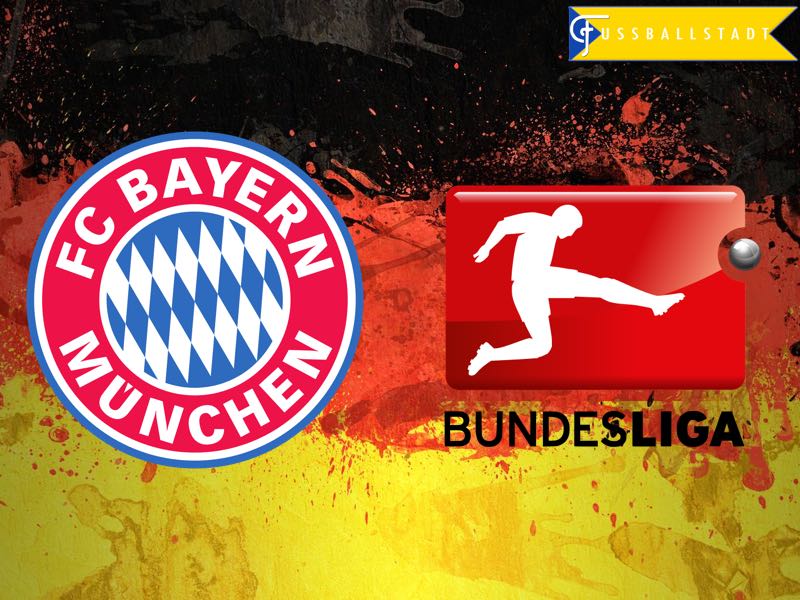 Bayern München – How can the Bundesliga End the Bavarian Dominance?

Bayern München’s dominance over the Bundesliga was once again evident on matchday 25. Bayern were facing Borussia Mönchengladbach, and the gulf of talent was evident throughout the match as they dominated the Fowls despite only winning 1-0.

With closest title challenger, RB Leipzig, losing 3-0 to Werder Bremen on matchday 25, the gap at top of the table is now 13 points. In other words, with nine games left in the season, Bayern have all but secured their fifth title in a row.

One of the main points discussed on the World Football Index – Bundesliga Spieltag Spezial Podcast was whether Bayern’s dominance is bad for the league. At this point, it has to be pointed out that Bayern would likely also dominate any of the other top leagues in Europe.

That said, those who are not educated in the Bundesliga will still point out that the league has become a one-horse race. This makes it difficult for the competition to gather viewers and, consequently, more television money through international broadcasting deals, despite the fact that the league is extremely competitive once one takes Bayern München out of the equation.

It is, therefore, no surprise that the head of the Deutsche Fußball Liga (DFL), which oversees the organization of the Bundesliga and Bundesliga 2, has recently told kicker magazine in Germany that there needs to be a change in the attitude of the clubs that are behind the eternal table leaders. Seifert told kicker: “Before every season in England five clubs want to win the title, in Italy we have three, and in Spain we have two. In Germany, seventeen clubs say before the beginning of the season, ‘We have no chance to win the title.’ That attitude needs to change.”

Seifert is right, of course, in that many Bundesliga sides are too timid when it comes to declaring their ambitions. Some of it has to do with typical German realism and a hesitancy to overstate ambitions—something that seems to be absent from the Bavarian mentality (or what the rest of Germany sees as arrogance). Some of it is also due to the absolute financial dominance of Bayern—their annual revenue is twice the size of Germany’s second richest club, Borussia Dortmund.

Bayern are a financial juggernaut

First of all, we want to be clear we do not want to take away from what Bayern have built since Uli Hoeneß became sport director of the club in 1979. Bayern are now a financial juggernaut, the richest club in the world in terms of equity, and are the shining light of German football.

Furthermore, football is a competitive game, and the Bavarians cannot be faulted for wanting to win and build their brand. Instead, members of the league might do well to to ask themselves what they can do to curb Bayern’s dominance.

The Futbolgrad Network, therefore, wants to look at three ways the Bundesliga could be reformed in order to make the competition more interesting again.

This has been a model that has been floated by former head of the league, Wolfgang Holzhäuser. The idea involves having the top four clubs to play a championship round that could either go to a straight playoff that would see first against fourth, and second against third in the semi-final, and then a final, potentially in Berlin. Alternatively, the top four could play a round robin round, and then a final between the two teams that finished first and second. 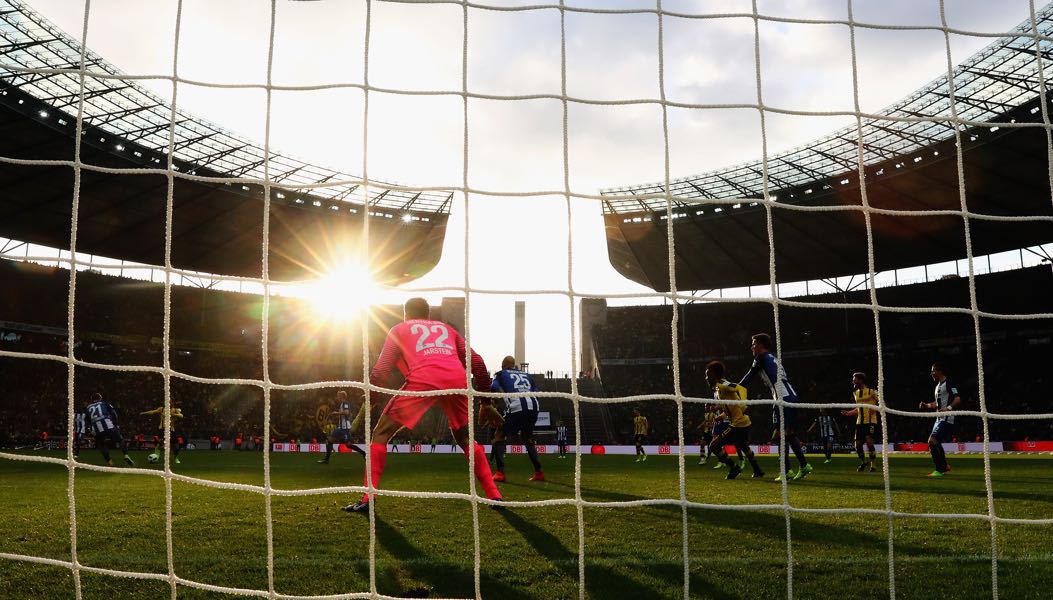 The Olympiastadion in Berlin could be the location for a German championship final. (Photo by Martin Rose/Bongarts/Getty Images)

This sort of setup would not be new to German football. Before the introduction of the Bundesliga in 1963, the championship was determined in a playoff stage between the different winners of the regional leagues.

Pros: The likes of Borussia Mönchengladbach, Schalke 04, Borussia Dortmund, and Bayer Leverkusen have shown that they can be competitive against Bayern in one matchup. Those teams, in particular, seem to struggle to assert dominance over 34 games in the Bundesliga.

Cons: Germans like to say that the Bundesliga title is the most honest title. Dominating a season for 34 games means that you have earned the right to call yourself the champion, and playoffs would somewhat diminish that value. Furthermore, what would happen if Bayern struggle one season, and then use their talent to win the playoff stage? In essence this sort of setup might do nothing to change their current dominance.

Liga MX is slowly but surely becoming the new hipster competition. The main reason for this is its unpredictability. The Mexican top competition plays out a championship every half season. Known as Apertura (opening stage), and Clausura (closing stage), the single competitions are very short with just 17 games each. The top eight teams of the league then play out a playoff stage. As a result Liga MX has seen eleven different champions in the last ten years, and none of the big club could assert dominance over the competition. 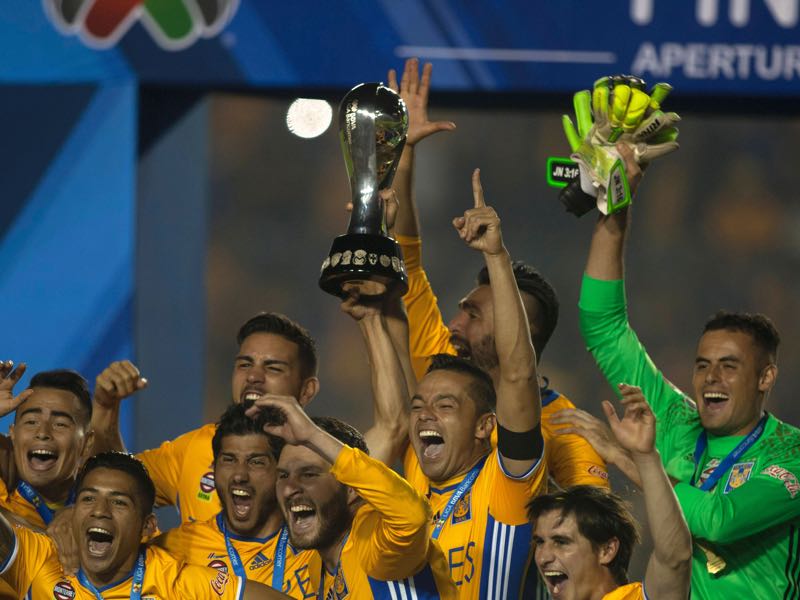 Liga MX does not have the sort of dominance by a single club that the Bundesliga is currently experiencing. (Photo credit should read JULIO CESAR AGUILAR/AFP/Getty Images)

Pros: In a recent article we have outlined “What the rest of the World can Learn from Liga MX.” Because every game matters in a short-term season, games are extremely attractive to watch with most teams opting to go on the attack to win games. In the past, we have seen that Bayern can be dislodged in the short-term, and this sort of setup could mean different teams more often winning the championship.

Cons: Experts in Mexico believe that the short-term season also leads to short-term thinking among club officials. One of the main strengths of German football has been the fact that clubs are willing to forego short-term success in order to build a strong brand in the long-term. Borussia Dortmund’s emergence as a European topside is a good example of that. Another aspect would be relegation, which would have to be reformed and, while Mexican football has seen eleven different champions, the top flight is very much cemented with second division teams finding it difficult to join the elite.

Television revenue has been a major debate in the Bundesliga. The emergence of so-called company teams has meant that more traditional clubs have asked for a reevaluation of how television revenue should be distributed. The league has recently signed a four-year deal that is worth €4.64 billion.

Traditionally, 65% of television revenue was distributed evenly among the 18 clubs, with the remaining 35% distributed according to historic league position. This has meant that Bayern has received far more revenue than the other clubs in the league. As a result the revenue gap between Bayern, and the rest of the league has increased, which has hurt the competitive edge of the league.

The most effective way to combat the budget gap between Bayern, and the rest of the league would be to redistribute the television money. The most obvious way would be to level the playing field by distributing television revenue evenly among the 18 starters in the league. It is likely, however, that this would just cement the status quo.

We, therefore, propose that the bottom teams should be given more television money than the top teams, in order to level the playing field more quickly. Teams like Bayern, and Dortmund, will always lead the pack in terms of sponsorship revenue, but smaller clubs could be subsidized through television revenue, which would allow more clubs to attract star talent.

Cons: Sport is supposed to be about awarding the top clubs for success, rather than punishing them for good results.

Let us know how would you stop Bayern München?