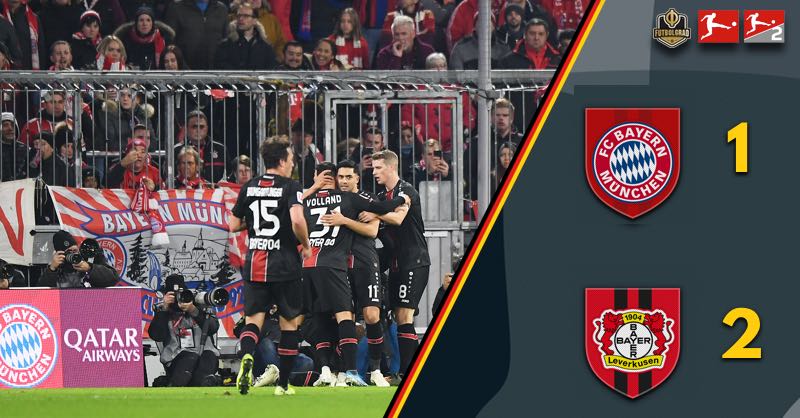 Bayer Leverkusen were always going to be the most difficult opponent of the still young Hansi Flick era. A fact underlined when Leverkusen struck early to take the lead in the Allianz Arena. In the 10th minute, Alphonso Davies lost the ball in midfield, Kevin Volland sent Leon Bailey into the box, where the Jamaican beat Manuel Neuer with a low drive. Unfortunate for Bayern, just moments prior, Serge Gnabry had hit the post. In the 34th minute, Bayern had their goal, Thomas Müller scoring with a shot from outside the box. The lead did not last long; just a minute later, Bailey escaped Javi Martínez to make it 1-2. It was a breathtaking first half that could have easily seen more goals from either team.

Action that continued into the second half, within five minutes of the second half kick-off, Neuer had to come up with a big stop to keep Nadiem Amiri from scoring. On the other end of the pitch, Lukas Hradecky came up with a double stop in the 60th minute, to keep first Lewandowski and then Müller of the scoresheet. The game was like a boxing match now, both sides exchanging blows, looking to find a knockout punch. Leon Goretzka thought he had landed that blow in the 77th minute, but his header bounced off the upright. Then in the 83rd minute, Jonathan Tah was sent off for bringing down Philippe Coutinho, who would have been through on goal. A man up Bayern produced chance upon chance but either hit the woodwork or were denied by Hradecky, as Leverkusen hung on to get the three points. 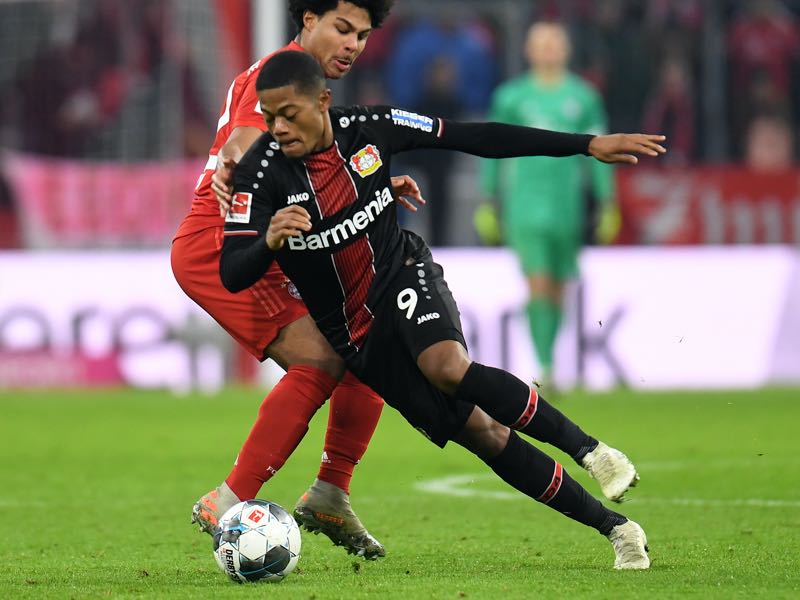 Had to come off with an injury in the 63rd minute. Up until that point, he had an outstanding game. The Jamaican winger scored twice in the first half to give Bayer Leverkusen an unlikely lead. Interestingly, his actual play was sloppy at times, the winger had just 33 touches and only completed 61.1% of his passes. But when it mattered Bailey was dangerous sending home both his shots on goal.

After conceding an unfortunate goal in the first half, thee Finnish keeper showed an excellent response. Lukas Hradecky stood tall throughout Bayern’s onslaught. His best two saves coming in quick succession in the middle of the second half when he kept first Lewandowski and then Müller of the scoresheet. Had to be perfect when his side went down by a man and did just that to secure Bayer Leverkusen all three points.

Thomas Müller finally got on the scoresheet this season. The attacking midfielder is enjoying a small renaissance under Hansi Flick. Today he was one of the busier players, his goal from the outside of the box seemed to have opened the floodgates for Bayern. Then in the second half he had a couple of chances including the one that was kept out well by Hradecky. Was taken off in the 69th minute for Coutinho, who was not much of an improvement for his side.

It was a dominant performance by Bayern Munich at times in the second half. But Bayer Leverkusen were clinical when hitting the Bavarians on the break. On balance, however, Bayern should have gotten more out of this match, the Rekordmeister hit the woodwork twice in the second half and were frustrated by the excellent Lukas Hradecky.

This will be a setback for Hansi Flick only at a first glance. Sure the honeymoon is over for the interims-coach but Bayern were the better side, playing good football. For Leverkusen, in the meantime, this is a big result that not only brings them back to the top of the table but also keeps the Bundesliga title race wide open. 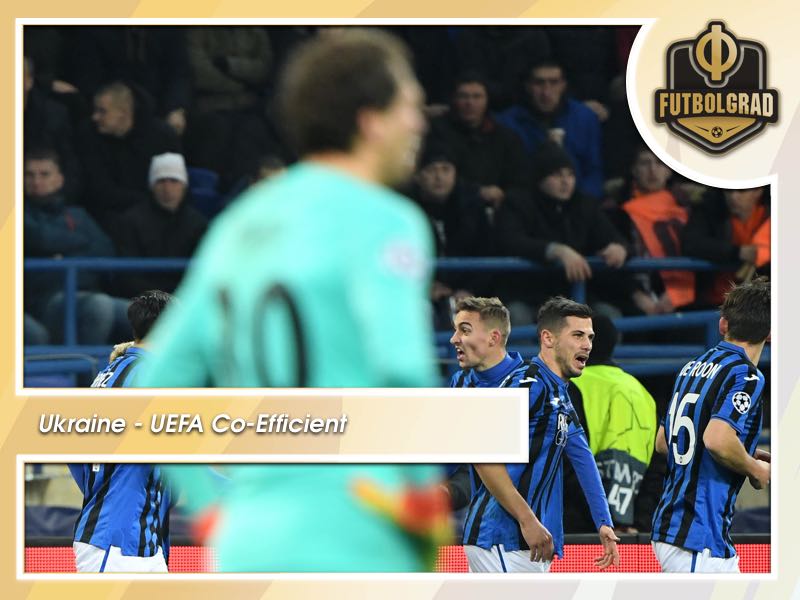