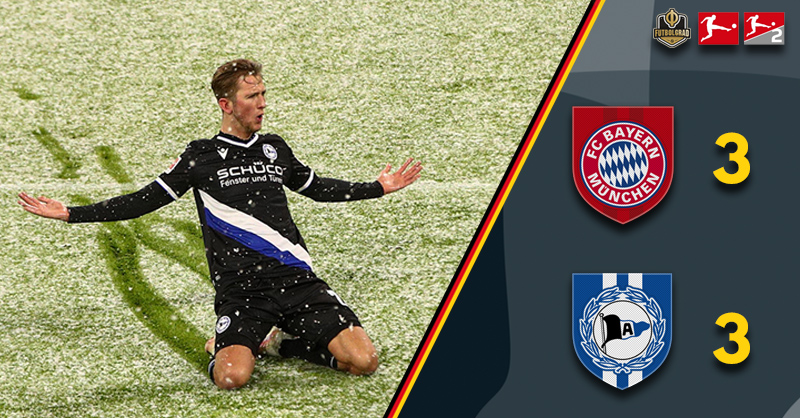 Newly crowned World Club Cup champions Bayern Munich were brought down to earth with a bump on their return home from Qatar by strugglers Arminia Bielefeld, in a pulsating match at the Allianz Arena.

There were plenty of smiles pre-match from the Bayern players, especially as they took to the Allianz pitch in their sparkling new World Club Cup champions badge, front and centre with pride, the gold shield took its place on the red shirt once again.

With Bayern maybe still in celebratory mode, Bielefeld saw a chance to say ‘welcome back to Germany’ and they took it.

Playing on a sheet of snow (with the fabled orange winter ball) seemed to be an immediate leveler. While the Bundesliga champions were still in Middle Eastern party mode, their visitors from North Rhine-Westphalia raced into a two-goal lead.

Michel Vlap’s smart turn on the edge of the box fooled both Niklas Süle and Lucas Hernandez, the Bielefeld midfielder had all the time he needed to pick his spot, and he calmly whipped the ball past Manuel Neuer.

With nine minutes gone, Bayern were shocked, and Vlap’s debut was about to get better. Not content with scoring off his first shot in the Bundesliga he then teed up Amos Pieper from a well-taken corner. Unmarked and six yards out, it was the simplest of headers for the defender.

As the first half ended, Bielefeld had made their hosts look exceptionally average, certainly not the level their new badge portrayed.

The ground staff couldn’t have worked any harder or quicker over the break, by the time the two teams came back out the pitch was green and the ball was once again white.

If the snow had been a leveler, without it Bayern immediately found their groove. Robert Lewandowski with a wonderful goal, taking the ball on his chest with his back to the target, the forward swiveled and volleyed home to give the hosts hope of a comeback.

However, Christian Gebauer had other ideas, a close-range tap in restored Bielefeld’s two-goal advantage inside a minute. It was a crazy game in the Allianz, with the feel of a basketball match such was the end to end nature.

Bayern didn’t panic, and within a few minutes Corentin Tolisso’s header had cut the deficit to one, fast forward to the 70th minute and Alphonso Davies’ powerful shot from just inside the area made it 3-3, with 20 minutes left the game was finely balanced.

Lewandowski thought he’d made it four to the hosts just two minutes after Davies’ strike, but his header somehow hit the post from close range and bounced wide. Bielefeld substitute Sergio Córdova had his strike canceled out for offside, fine margins had kept the score locked at three each inside a minute.

The fixture was wide open, as Bayern looked for a winner so did their visitors, and the action did not dictate their league positions. Bayern top and Bielefeld threatened by relegation, but despite their positions in the table, it was Bielefeld who celebrated at full time.

A valuable point in their fight for survival, for champions Bayern it meant the gap at the top of the Bundesliga was reduced to just five points. In the strangest of seasons so far, maybe all is not lost yet for the chasing pack. 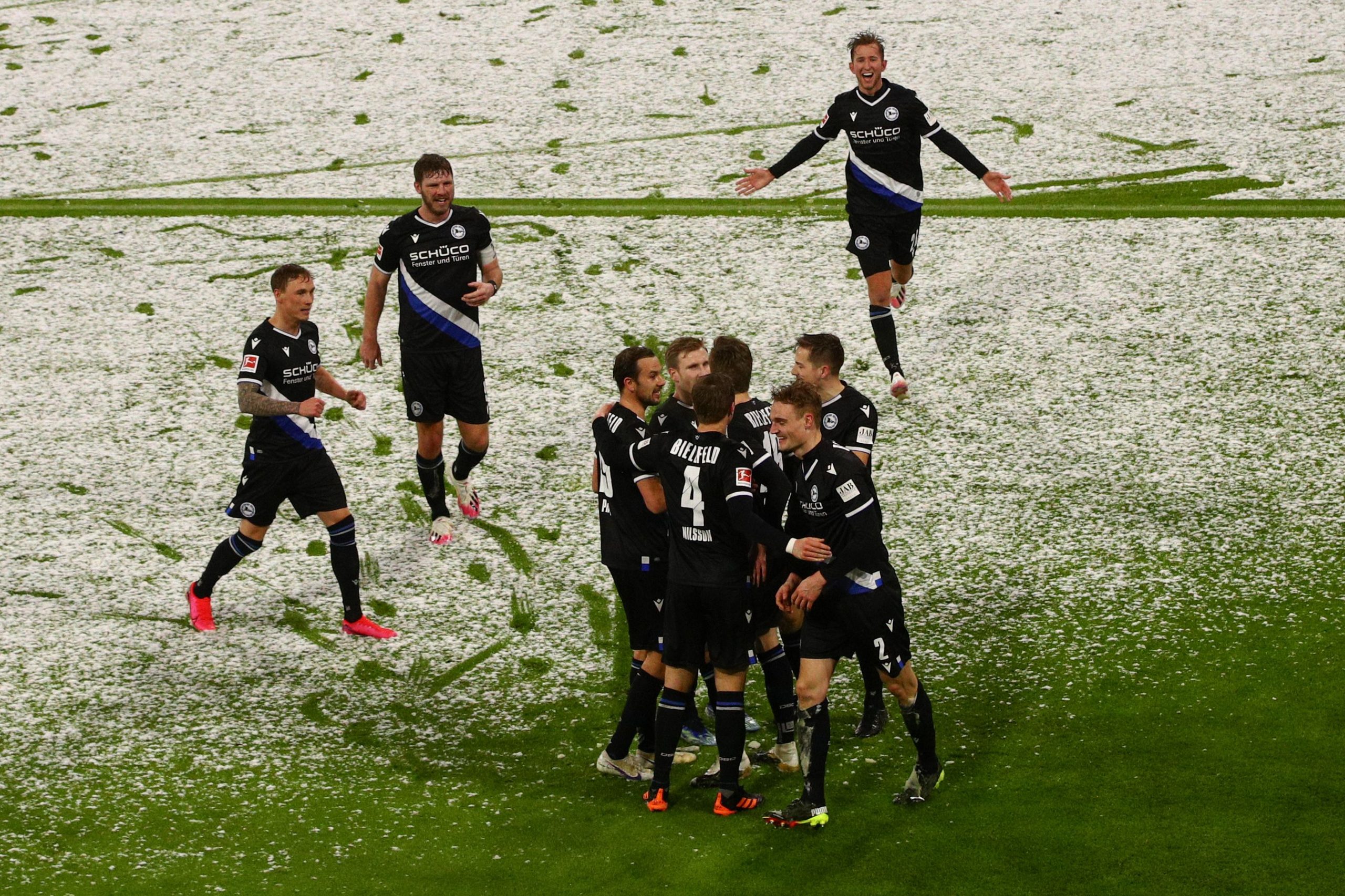