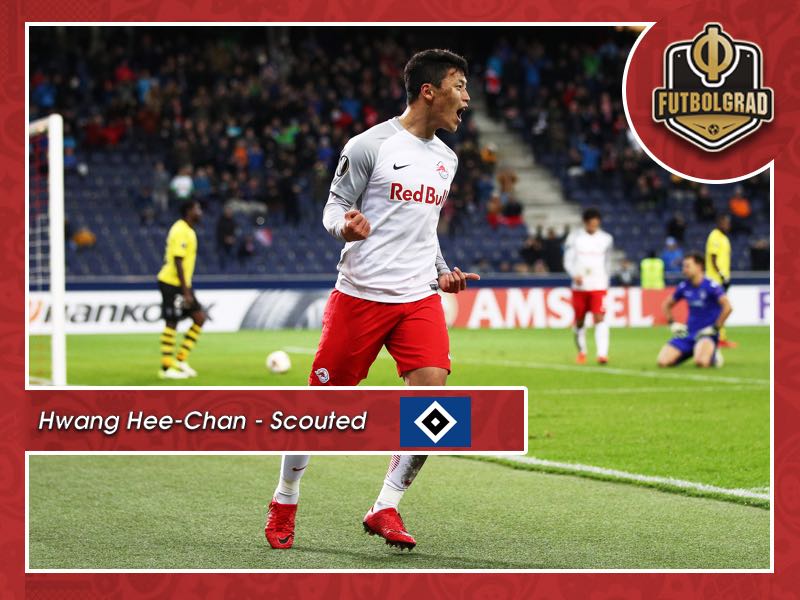 It was the Bundesliga 2 transfer coup of the summer. On the final day of the transfer window Hamburger SV announced that they had signed 22-year-old South Korean World Cup star Hwang Hee-Chan from Red Bull Salzburg on loan.

Relegated from the Bundesliga for the first time in history Hamburg managed to sign the South Korean national team striker on a one year loan deal. “We would have loved to have a [loan-to-buy option], but that simply wasn’t possible”, HSV sporting director Ralf Becker explained to the media on Friday.

Instead, Hamburg will have to pay €1 million to Salzburg for the rest of the season – a sum that will significantly decrease depending on the amount of games Hwang plays for Hamburg this season. Given that Hamburg lost Jairo Sampeiro to a long-term injury and that Hwang is a striker of international format it is likely that the South Korean will have an instant impact in Hamburg once he has recovered from playing both in the World Cup and the Asia Games, which South Korea won on Saturday.

How did Hamburg manage to land Hwang Hee-Chan?

“We had the chance to sign him on loan, even though [Hwang] had plenty of suitors from all around Europe. We are convinced that he will help us achieve our goals this season”, Becker concluded on the press conference following the transfer.

Valued at €10 million on transfermarkt.de this is indeed a remarkable transfer – especially as Hwang played a significant role in Salzburg’s squad that managed to reach the semifinal of the Europa League and won the Austrian championship.

The centre-forward, who can also play on the right and left in a 4-3-3 or 4-2-2-2 setup, scored five goals and two assists in 20 Austrian Bundesliga matches last season. He then added two goals and two assists in nine Europa League games. At the World Cup, he started in the group stage matches against Sweden as well as Mexico and was then brought on in the last 23 minutes in South Korea’s historic victory over Germany.

With all this in mind, how come Salzburg decided to send the winger out on loan? ” Chan took part at the World Cup and the Asia Games and as a result missed the entire preseason. Because of that and our squad depth, especially in attack, did we, and the player, decide that a loan move to Hamburg until the summer of 2019 is the best for both parties”, Salzburg sporting director Christoph Freund explained.

“In my age, the most important thing is to play and to receive full confidence. Sporting director Ralf Becker wanted me. Hamburg is a great club, and I am looking forward to the stadium and the fans”, Hwang explained in an interview with the German paper Bild. “My friend Heung-Min Son told me great things about the club and the city, and as a result, I could not say no”, Hwang added.

What kind of forward will Hamburg get in Hwang?

Even on loan, there is no doubt that Hwang is a significant signing for a Bundesliga 2 side. Even if one considers that Hamburg are not your average second division side, most experts expect that the former Dino will go straight back up, signing a €10 million player is significant by German second division standards.

Brought through the Red Bull system in Salzburg Hwang is the sort of player, who can press high play several positions and is dynamic on and off the ball. Salzburg, similar to RB Leipzig, play a high press in which the four attacking player in the 4-2-2-2 system are asked to complete several positions at once. 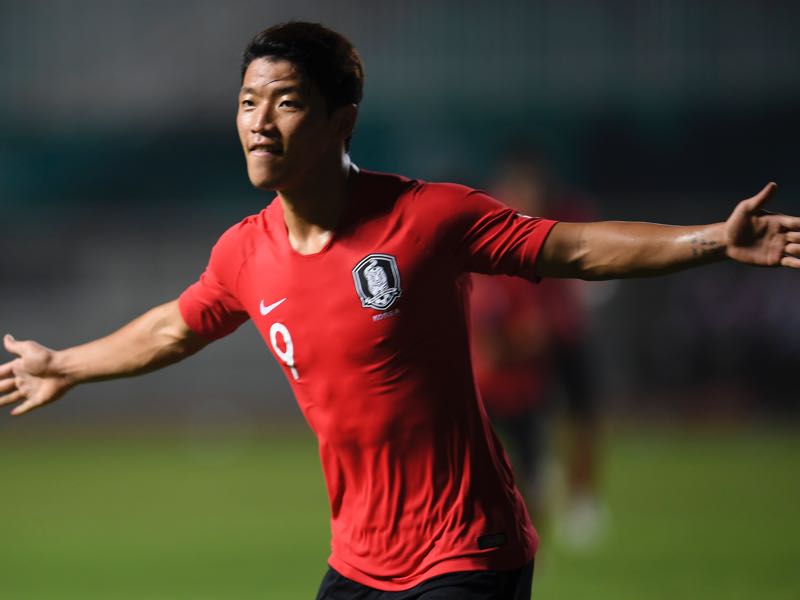 South Korea’s Hee Chan Hwang celebrates a score during the men’s football gold medals match between Japan and South Korea at the 2018 Asian Games in Pakansari Stadium at Bogor on September 1, 2018. (Photo by CHAIDEER MAHYUDDIN / AFP)

In Salzburg, unlike Leipzig at times, the attacking play was even more refined last season. Playing in the Austrian Bundesliga and the Europa League Salzburg had to manage the transition from being the favourites to the underdogs on a weekly basis. This meant that Salzburg’s players are tactically adapt to playing both in a high and a low press.

With Hwang often starting from the bench it was fascinating to watch the South Korean slot straight into the lineup and become an instant impact player. It is an attitude that will serve him well when playing for Hamburg where head coach Christian Titz likes to play an aggressive attacking style.

Operating in a 4-1-4-1, which at times looks like a 4-3-3 it is likely that Hwang will play on either wing right behind natural striker  Pierre-Michel Lasogga. Operating with a physical forward, in fact, could work well for Hwang, who could exploit the space created by the Lasogga’s physical presence.

Overall, Hwang’s arrival is excellent news for Hamburg. In the meantime, Hwang could use his time in Hamburg to further increase his market value and while HSV do not have an option to buy the striker promotion to the top flight could change the situation dramatically.