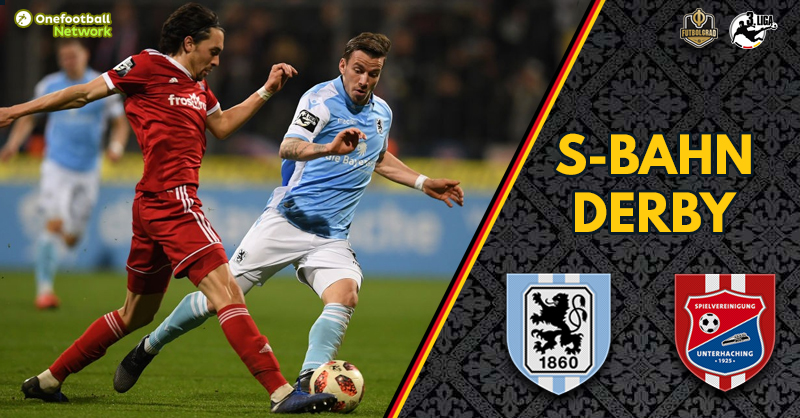 1860 München vs SpVgg Unterhaching – Inside the Lion’s Den

1860 München vs SpVgg Unterhaching – It may sound odd that in one of the biggest weeks of European football, the S-Bahn derby is the biggest football match in Munich, but to those who belong to the city – it was.

1860 München vs Unterhaching: The race for promotion 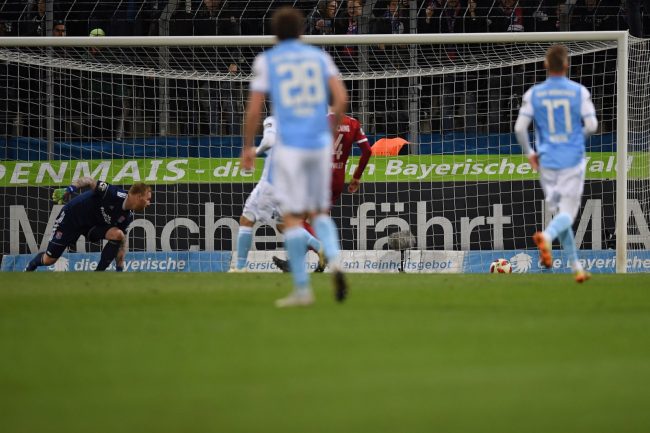 Close in proximity and close in the league, the fight for the 3.Liga playoff spot is the number one goal. Although the gap to the current incumbents, Hallescher, is ten points, the manner in which the league positions fluctuate means every point is needed as May grows nearer.

A tight first half saw both teams have their chances. It was the visitors who almost opened the scoring on 11 minutes – Orestis Kiomourtzoglou’s volley from outside the area did enough to worry Marco Hiller into a diving save.

Then 1860 fashioned a chance that rattled off the crossbar – Prince Osei Owusu with his own special volley to match that seen twenty minutes earlier.

Just as the half looked destined to end nil-nil, and with the very last kick, Niko Karger at full stretch poked the ball home to send those wild inside the stadium. There wasn’t even a chance for a restart, such was the timing of the goal – a perfekt moment to grab the opener.

The goal provided the first assist for Phillipp Steinhart in 2019. 1860’s leading provider has not registered since München’s game against Kaiserslautern in December of last year.

The second half ebbed and flowed from end to end, Haching pushed for an equaliser while 1860 opted for a more defensive approach. The introduction of Aaron Berzel moved the Lions to a counter-attacking side, Daniel Bierofka could see the danger posed and moved to stop it.

After Alexander Winkler received two yellow cards inside two minutes, 1860 should have hammered home their advantage. Missing a number of golden opportunities in the dying moments led to a nervous few final seconds for the home fans – they held on and with it the gap closed to that all-important playoff place.

1860 München vs Unterhaching: The S-Bahn derby

A very typical derby played in a stadium full of character, embedded in a network of tight streets – the Grünwalder Stadion is a nostalgic look back in time to when football was unpolluted by the money that floods the modern game  – the teams even play in red and blue to add that extra slice of footballing cliche.

TSV 1860 München manage to fill their stadium week-in-week-out. Their fall from grace (after relegation from the 2.Bundesliga in May 2017) has not dampened the fans spirits – in fact, it has hardened and improved it.

No longer tenants at the Allianz Arena due to their drop into the Regionalliga Bayern, their unfavourable position allowed the Lions to move back home and promotion to the 3. Liga soon followed.

For the visitors, Unterhaching – a loud and vibrant following lit up the eastside terrace. The relations between both sets of supporters was well natured and friendly, something lacking in local derbies of late across Europe.

1860 München vs Unterhaching: The most important game in Munich? 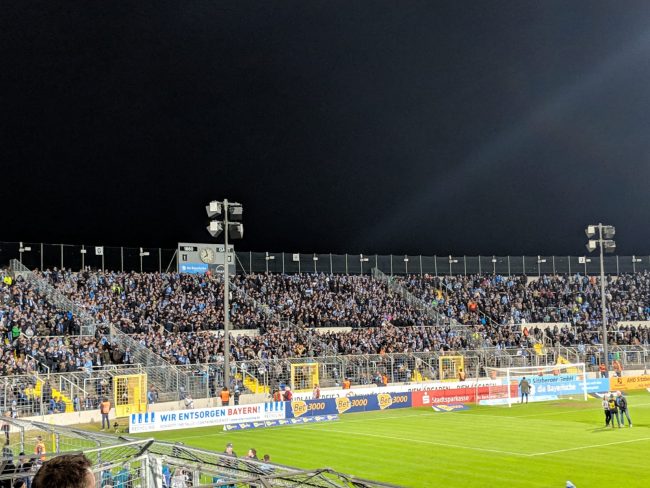 It is a big statement, but these are two well-supported teams from the central suburbs of the city. Bayern München may be the bigger club, but a little like Real Madrid, Liverpool and PSG – they take their support from across the country and the wider world.

While Wednesday’s game in the Allianz will have the eyes of the world on it, tonight’s game in Munich had the eyes of Munich on it, a very strange but warming scenario.

Despite the physiological size of Bayern, the cultural movement of both these sides allows the billing to be correct – the biggest game in Munich was Tuesday night.

Try telling those inside the Grünwalder that it isn’t. The football here is taken as seriously as it comes. A boycott of sorts by the home supporters testament to this. In a recent move, 1860 banned the use of drums on the Westkurve – the ultra’s response was to withdraw their colourful pre-match tifo and their collection of remarkable flags.