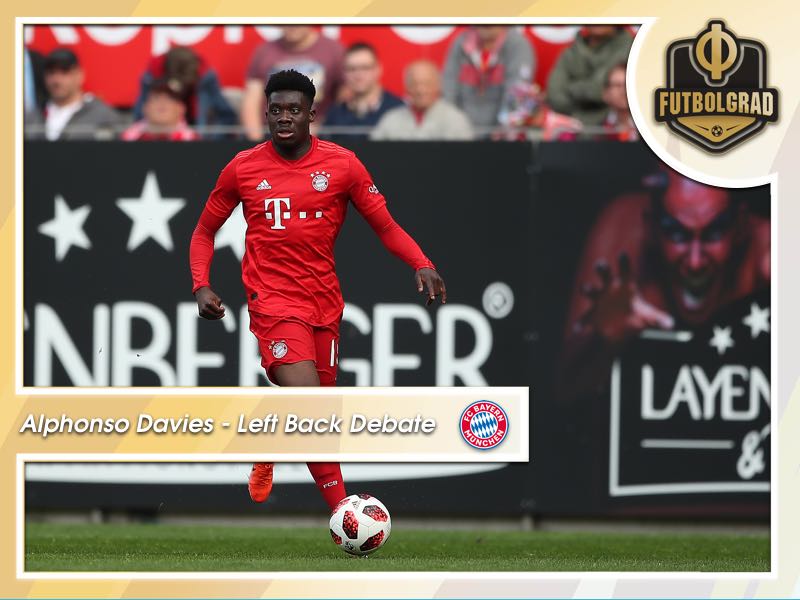 It is an ongoing debate in Canada. How can the Canadian national team utilise Alphonso Davies in a lineup that also includes Junior Hoilett, Jonathan David and Lucas Cavallini?

At the Gold Cup head coach, Jonathan Herdman played Davies as a left-back in four out of the five games. Only once, in Canada’s 4-0 victory over Martinique did the 19-year-old winger play the full 90 minutes in the attack. Meanwhile, against Mexico (1-3), Cuba (7-0) and Haiti (2-3) Davies either played the full 90 minutes in defence or was switched forward throughout the match.

The results were somewhat mixed for Canada. In fact, only against Cuba did Canada impress without Davies in an attacking role. Against Mexico and Haiti, the Bayern München winger was isolated, hanging back at the fringes of the play.

Alphonso Davies – Dribbling is his greatest strength and weakness

Perhaps the best example was the match against Haiti. Canada were dominant in the first half and quickly established a two-goal lead thanks to exciting striker Jonathan David. But in the second half, Canada had an unprecedented meltdown that cost the country a spot in the semifinal.

What was lacking in that particular game? Canada’s inability to kill the game off when they were up by two goals but also strength in defence once Haiti started mounting their comeback. Ahead of Haiti’s first goal, Davies lost the ball deep in the attacking half and, as a result, the backline was exposed, which ultimately led to the first goal by Haiti.

Overall, Davies had 15 losses throughout the game, seven where within Canada’s half. Only one of them ultimately led to a goal. The problem of playing Davies deep is that the winger tends to go into dribbles, a tendency that does not stop with a more defensive minded task.

Although he reduced the number of dribbles overall, Davies still attempted seven dribbles of which he won three — in comparison Davies throughout his career averaged 10.09 dribbles per 90 minutes of which on average he wins 62.9%.

Davies’ tendency to go into one-v-one situations is both his greatest strength and weakness. Against Wolfsburg II in Bayern II’s decisive promotion playoff match he won just three of his 26 dribble attempts. It is a number that can also dramatically swing in the other directions. For example, against Portland Timbers in his final MLS game for the Vancouver Whitecaps Davies managed to complete 12 of his 18 dribble attempts.

Inconsistency in completing dribbles is to be expected from an attacking player, especially from a 19-year-old attacking player. The problem, however, is that Davies’ attacking tendencies are either stifled, or when lived out, become a problem when playing in a four-man defensive setup. 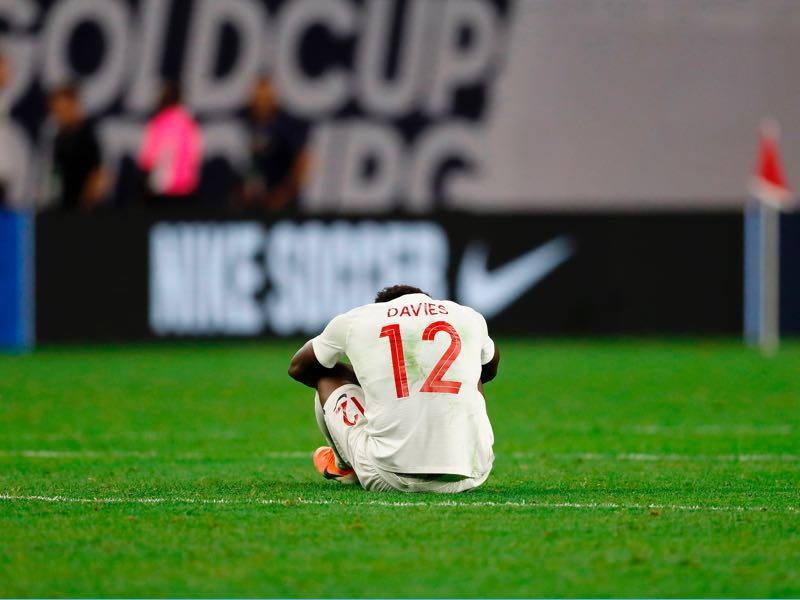 It also reduces Alphonso Davies’ impact on the game. When former Whitecaps head coach Carl Robinson first experimented with playing Davies as a left-back data by Goal Impact, published on Pro Soccer USA, highlighted that his overall impact as a prospect became diminished. In other words, Davies is less influential, playing in a defensive position.

Nonetheless, there is now talk at Bayern that Alphonso Davies could be moved into a more defensive role under head coach Niko Kovac as well. The Bayern head coach has spoken with Davies and in some ways sees parallels between the Canadian and Austrian left-back David Alaba.

“Davies can play any position the coach tells him to play,” Bayern sporting director Hasan Salihamidzic told the German paper kicker. “He can play many different positions,” he added.

Including left-back? Furthermore, how does Davies compare to Alaba? Numbers, in fact, show that the two are very different players. Alaba is much more defensive minded and commits to 0.92 tackles per 90 minutes; Davies completes 0.11 tackles per 90. Davies, in the meantime, attempted 12.52 dribbles per 90 minutes this last calendar year, Alaba just 2.57. Finally, Alaba wins 41.18% of his defensive duels, in comparison Davies 32.17%.

Comparing the two, however, suggests that the two are not very much alike. That said Kovac might not need an Alaba type of player for what he is looking tactically. After all, there have been some suggestions that the Bayern head coach could switch to 3-5-2 a formation that he successfully employed with his former club Eintracht Frankfurt.

Frankfurt, in fact, have mastered that formation and came within one penalty of reaching the Europa League final last season. Two key players in that setup are Danny da Costa and Filip Kostić.

While Da Costa was previously a defensive-back Kostić is more of an attacking winger. In Eintracht’s setup, however, he plays a wing-back role that is very demanding and acquires him to both support defensively but also join in the attack.

Although Kostić is not quite as much a dribbler as Davies, he only commits to 4.81 dribbles per game; he does like to join in the attack. In fact, in the 3-5-2 system, Kostić scored nine goals and 11 assists in the last calendar year.

The example of Eintracht Frankfurt’s experience with Kostić as a wing-back highlights that a creative attacking minded winger can be moved into a more defensive position — there are, however, limitations. Alphonso Davies’ tendencies, for example, to go into dribbles makes him a defensive liability against teams that have the ability to quickly switch from defense to offence.

In the Bundesliga where many teams will play deep against Bayern and try to quickly switch to the attack that sort of liability and being caught out deep in the attacking third could become an issue in a four-man defensive lineup. However, should Kovac switch to three in the back there could be merit in employing Davies as a wing-back.

In fact, with Mats Hummels having left the club and Jérôme Boateng on his way out, such a switch is possible. New defenders Lucas Hernández and Benjamin Pavard together with Niklas Süle are less likely to oppose a paradigm shift as it was the case last season.

Hence, there could be indeed a future for Davies in a more defensive position. But only in the sort of tactical system that does not demand strict defensive discipline and does not rob him of his greatest strength, which is to take on opponents in one-v-one situations.