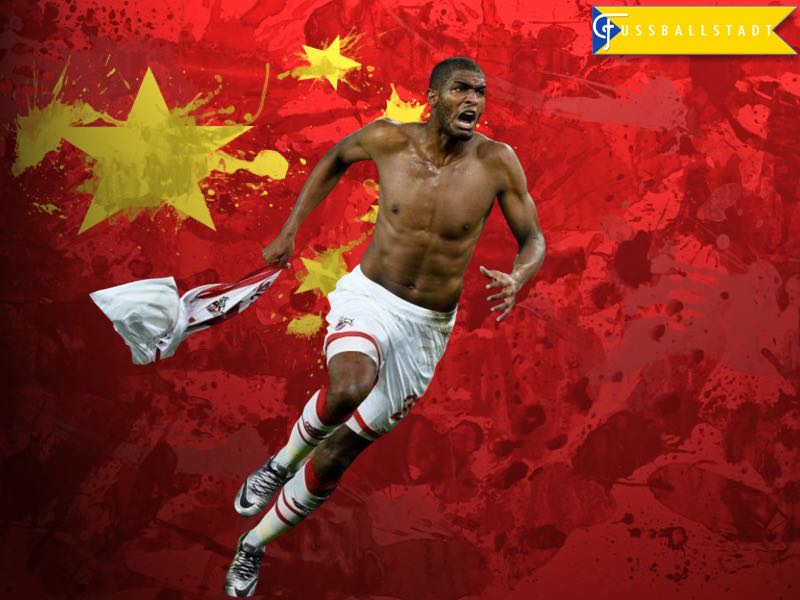 Anthony Modeste has been the story of the season for Bundesliga side 1.FC Köln. The 28-year-old French striker has been the joint-best striker of the league, together with Borussia Dortmund’s Pierre-Emerick Aubameyang, with 17 goals in 21 games.

It was, therefore, no surprise that Modeste’s prowess this season was a major talking point in this week’s World Football Index – Gegenpressing Spieltag Spezial Podcast. But what was originally intended to be a discussion on whether Anthony Modeste is prolific enough to win the scoring race against the likes of BVB’s Aubameyang, and Bayern’s Polish striker, Robert Lewandowski, took a quick and unexpected turn when it emerged that a Chinese club had offered €40 million for Anthony Modeste.

The news that Anthony Modeste was offered a big contract and that Köln had received a €40 million offer from a Chinese Super League club, understood to be Tianjin Quanjian FC, broke on Sunday evening. The news was then confirmed by Köln’s sport director Jörg Schmadtke, who stated right away that it was Köln’s intent to turn down any offer in the winter—the transfer window remains open in China until February 28.

Schmadtke told kicker magazine in Germany, “Our position is clear: we will not damage our goals, because of a transfer—even if it is a lot of money. We have told this the [interested] club, as well as all the agents, who have been involved in this matter.” Furthermore, Schmadtke stated that he will not listen to any other offers. “In this case, there is no amount that could make us change our minds.” 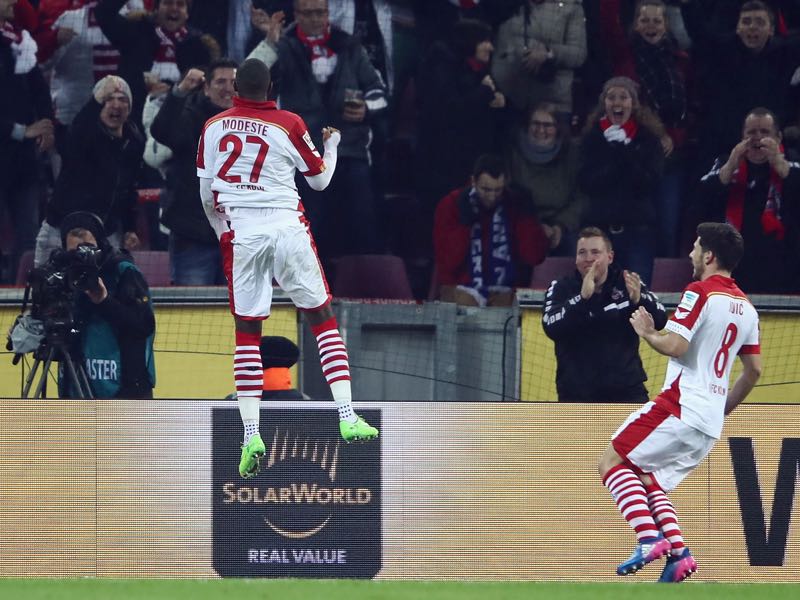 Anthony Modeste has been in fantastic form for Köln this season. (Photo by Alex Grimm/Bongarts/Getty Images)

Modeste, in the meantime, has told the Cologne-based newspaper Express: “I didn’t want to go in the summer, and I don’t want to go now. I am happy here and I want to score goals for the club.”

What would Schmadtke do if the Chinese come back with an even bigger offer?

The main question, however, is whether Schmadtke is correct in this matter. What will happen, for example, if the Chinese club returns with an even bigger offer of €60 million to €70 million? What kind of impact will such an offer have on Modeste’s performance for the rest of the season?

Financially speaking, Köln would not make huge gains by hanging on to Anthony Modeste. Should Köln reach the Champions League group stage, and that is a big if, they can expect to earn between €25 million and €29 million. Bayern München earned in the region of €50 million in the Champions League when they reached the semi-final of the tournament last season.

Köln, however, would be hard pressed to reach the group stage of the Champions League, let alone the semi-final of the competition. It is, therefore, worth looking at how much Köln could potentially earn in the UEFA Europa League next season.

Winning the Europa League can earn a club between €13 million and €15 million depending on the marketing pool. Clubs, in fact, cannot expect to earn real money in the Europa League until they reach the knockout stage of the competition.

Therefore, losing a player of Modeste’s calibre would certainly jeopardize Köln’s goals for the rest of the season. It would be difficult to imagine that the likes of Artjoms Rudņevs and Yuya Osaka could fill the hole left up front if Modeste should be sold to China.

Long-term, however, selling Modeste now, if the Chinese come back with an even bigger offer, would help Köln more than it would hurt them.

The club went into the 2016-17 season with a player budget of €36 million. Meanwhile the club’s revenue has grown steadily to €107 million following the 2015-16 season, which is the biggest revenue in the club’s history. 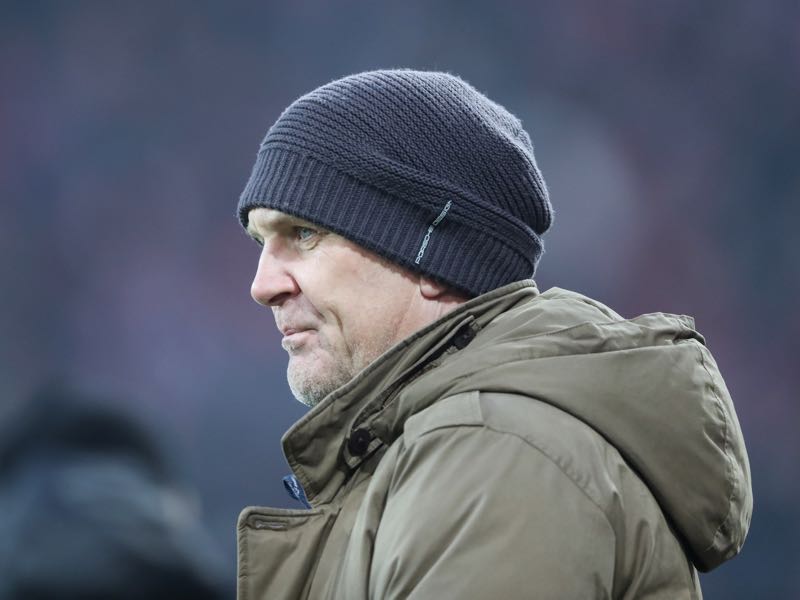 Jörg Schmadtke may have to make a difficult decision. (Photo by Simon Hofmann/Bongarts/Getty Images)

Steady growth has been one of the benchmarks of the Billy Goats since Schmadtke took over as sport director of the club in 2013. At the same time, Köln are still only 13th in the Bundesliga in terms of budget, and also still carry a debt of €20 million.

A financial injection in the region of €40 million, or more, given that the Chinese will likely come back with an even bigger offer, would, therefore, provide the club with a major building block for the future. With the money on the table, Köln could not only repay their debt, but could also strengthen the squad to mount a serious challenge for a Europa League, or even Champions League spot in the future.

In fact, Anthony Modeste is now 28, and will turn 29 during the second half of this season. At best, Modeste will have another two or three seasons playing at his peak. From a financial standpoint, Schmadtke, and his head coach, Peter Stöger, will have a difficult decision to make should the Chinese come back with an even bigger offer.

It is understandable that many Köln fans would like to see Modeste finish his career in the red and white shirt of the Billy Goats. But from a rational financial perspective, Köln should sell Modeste in order to build a foundation that could see the club become one of the top clubs in German football.