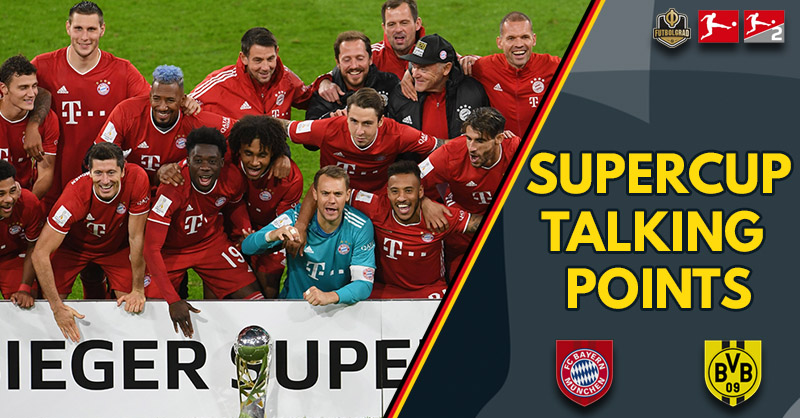 The Supercup 2020 looked as if it was to be an early rout for the hosts as they stormed into a two-goal lead, but a spirited fightback saw Dortmund pull the score level just after half time  – however, a late Joshua Kimmich strike ensured the victory was Bayern’s and with it their fifth trophy in as many months.

Bayern Munich vs Borussia Dortmund: The fixture no one wanted? 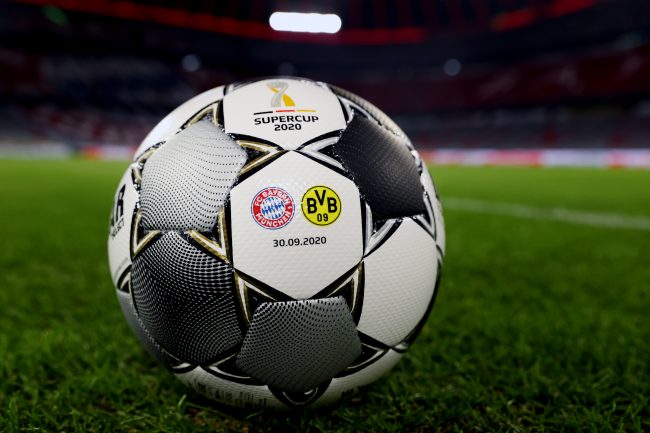 Bayern Munich vs Borussia Dortmund took place in an empty stadium amongst a fixture pileup, was it the best idea? (Photo by Alexander Hassenstein/Getty Images )

It is normally a bit of a showpiece, the league champions welcome the challenge of the Pokal winners (or league runners up when Bayern win both!), but this season the Supercup makes little sense. A condensed season will witness a record number of games in a short space of time – no extra time, straight to penalties, signals the game out as a friendly trophy encounter.

If there was ever a year to take a break, for the sake of the players’ health and safety – this was perhaps the time. As it was we were treated to a wonderful spectacle, in an empty stadium – another reason for a potential skip in 2020.

Dortmund’s captain fantastic has been dogged by injuries for the majority of his recent career, just as he looks to be in top form something often gives way. A sad tale of the almost man when it comes to longevity or major honors.

A player with his talent should have more to show than just one DFB Pokal and three DFL Supercup triumphs, so when he takes to the field in the yellow and black it is a moment to enjoy and perhaps hope he can go on a run of games without any issues.

The captain came off on 72 minutes, replaced by Giovanni Reyna – after playing a combined 42 minutes in the opening 180 of the league season, let’s hope we see him on the pitch again soon.

Team vs Team: Dortmund their own worst enemy 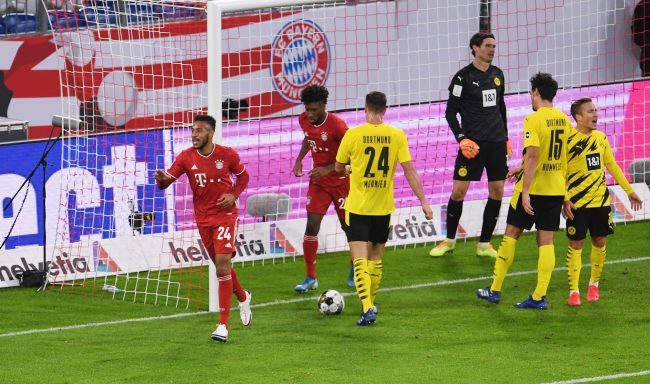 Bayern was two goals ahead before Dortmund believed in their own ability. (Photo by Andreas Gebert – Pool/Getty Images )

Yet again Dortmund suffered defeat in the Allianz Arena, but their fightback from two goals down shows if they only play the 11 men in front of them – and not the stadium or Bayern badge – they can go toe-to-toe with the Rekordmeister.

At one point in the second half, the visitors from North Rhine-Westphalia looked to be favorites to make the score 3-2 in their favor, but a combination of poor finishing and a world-class save from Manuel Neuer kept the scores locked, that was until a Dortmund mistake allowed Joshua Kimmich to snatch the winning goal minutes before the final whistle.

When Dortmund believe in themselves they can match Bayern, but all too often they seem beaten before a ball is kicked. By the time they realize they have a chance the score has often slipped away from them.

The jubilation of victory was not as evident as seen in recent weeks – perhaps an insight into the standing of this competition this season, or its necessity to be played. But also the weight of expectation post-Hoffeniem’s mauling of them on Matchday Two.

Dortmund exposed Bayern’s frailties at the present time. Namely, their lack of rest after a wonderful Champions League campaign and a trip to Hungry for the UEFA Super Cup has left the Bavarians tired and without key players.

Another example this evening of when teams press Bayern and harras them they look on edge, but with the European Champions – if you do not take your chances against them, their experience and ability to hurt you can strike at any moment. 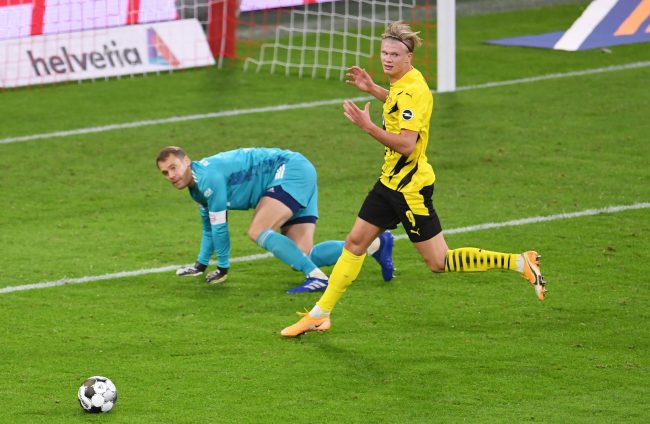 Erling Haaland and Manuel Neuer had their own private battle in an enthralling DFL Supercup. (Photo by ANDREAS GEBERT/POOL/AFP via Getty Images)

The matchup of top striker versus top goalkeeper ended in a personal draw. The Norwegian forward slotted the ball past his Bayern opponent to make the score 2-2. In doing so, Haaland ensured he scored on all of his Dortmund debuts so far – Bundesliga, Champions League, DFB Pokal, and now the DFB-Supercup – not a bad return since his arrival from Red Bull Salzburg.

For Manuel Neuer, the German number one denied the Dortmund goal machine with a fine save that reminds many he is still one of the world’s best. Had that ball found its way into the net the visitors are 3-2 up, as it was his strong hand allows the late victory and a fifth Bayern trophy in the last few weeks.