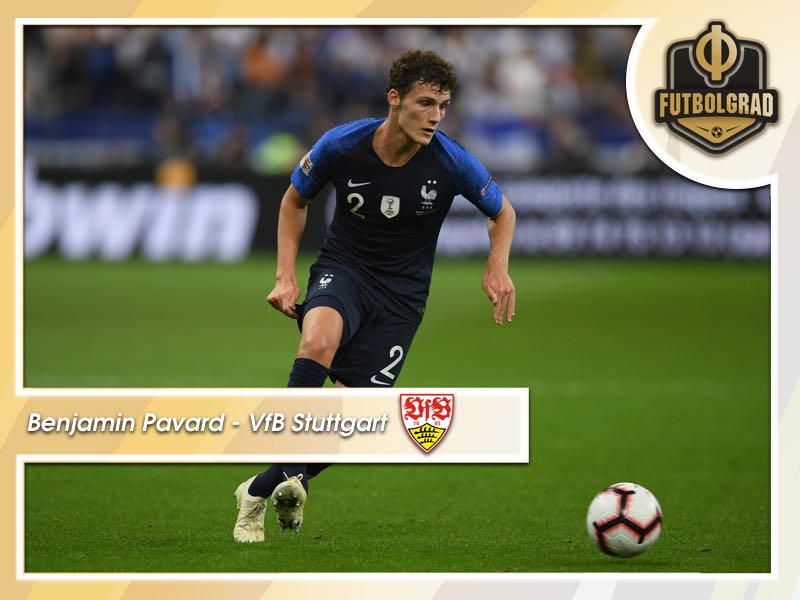 Benjamin Pavard – A World Cup Star Between Bayern And Relegation

It was the goal of the tournament. In the 57′ minute Benjamin Pavard made it 2-2  for France with a stunning dropkick from 20 metres out against Argentina in the round of 16 of the FIFA World Cup.

Signed by VfB Stuttgart from Lille in 2016 for just €5 million the defender was signed as a man for the future. One of the biggest clubs in German the Swabians had been relegated that summer, and Benjamin Pavard was supposed to become a long-term building block that was supposed to bring Stuttgart not just back to the top flight but also make them once again a competitor in the Bundesliga.

In fact, it is sometimes important to remember that it has been only one season and a half ago that Benjamin Pavard emerged as a promising Bundesliga 2 defender. Benjamin Pavard rose like a star from Bundesliga 2 to World Cup winner within two seasons. Just his nomination to the French World Cup squad by Didier Deschamps was considered a sensation.

Nobody expected, however, that he would play six out of seven games – he was among several nominal starters rested for the final group stage match against Denmark. Although a centre-back the 22-year-old stood out right-back, dynamic, quick in anticipation and clear in his game decisions Benjamin Pavard never looked like he was playing out of position.

“I will never forget this year,” Benjamin Pavard recently told the German magazine kicker. “I played in the second division, and at most I anticipated a game or two during the group stage,” Pavard admitted.

The World Cup win with France makes Benjamin Pavard just the seventh none German to have won the World Cup while playing in the Bundesliga. Remarkably all seven are either French or Brazilian and have played for just three clubs – Bayern, Bayer Leverkusen and VfB Stuttgart. 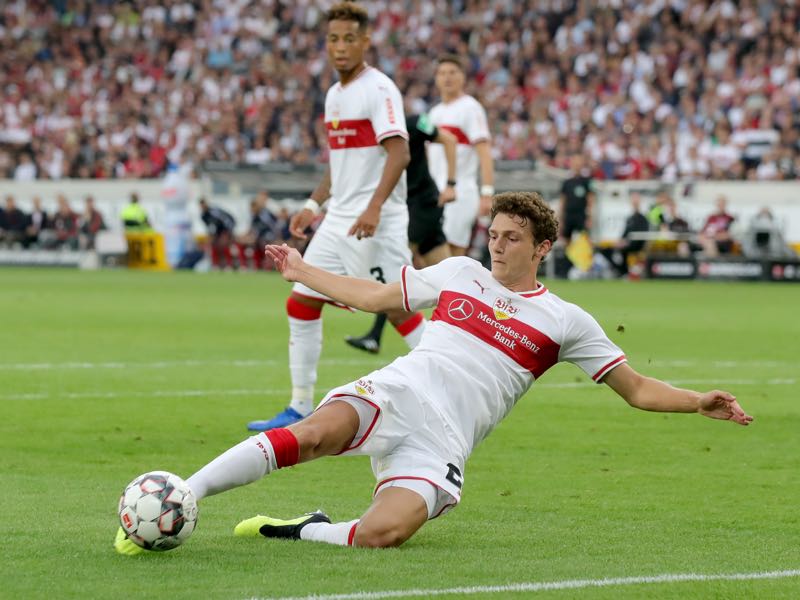 Benjamin Pavard of Stuttgart fights for the ball during the Bundesliga match between VfB Stuttgart and FC Bayern Muenchen at Mercedes-Benz Arena on September 1, 2018 in Stuttgart, Germany. (Photo by Alexander Hassenstein/Bongarts/Getty Images)

“Benjamin has turned into a star, and he deserves it,” Deschamps told the magazine. A star that by many accounts will join Bayern München at the end of the season – at least when one believes the major German newspapers. Like it was the case with Leon Goretzka 12 months ago Benjamin Pavard joining Bayern München is an open secret that is likely to come out in the open when some of Europe’s other big clubs come around the corner with offers.

Unlike it was the case with Goretzka Benjamin Pavard leaving Stuttgart next summer will not lead to a painful divorce, however. Sporting director Michael Reschke has, after all, always been honest about the fact that the Frenchman will likely have his buyout clause of €35 million exercised “by a top-five club. That much is clear, and that is ok. He has an exit clause.”

That much is clear when it comes to Pavard’s future. A World Cup winner, future defender of one of Europe’s biggest clubs, everything should be fantastic, but in truth, things have not been great for Pavard since the end of the tournament.

Following the conclusion of the World Cup Benjamin Pavard voluntarily shortened his holiday to return to Stuttgart early. “I saw my colleagues train and I just felt like heading back,” Pavard told kicker. Given his first half of the season in the Bundesliga and his current muscle injury, some are now suggesting that cutting down his recovery time after the World Cup was a mistake.

Although Pavard strongly denies that returning early was a mistake he does admit that he was “mentally and physically tired after the World Cup and underestimated a few things.” That mental and physical exhaustion was more than obvious in the first half of the Bundesliga season. It would be harsh to put Stuttgart’s relegation worries on the shoulders of the 22-year-old defender. But at the same time, there is no denying that Benjamin Pavard was not the rock in defence he constituted last season.

Last season Pavard played all 34 games in the Bundesliga with the club averaging 1.5 points with him in the lineup. That points per game average has dropped to just 0.79 per game in the 14 games he was involved this season. On the statistics platform, Whoscored his average rating dropped from 7.10 to just 6.67.

On a first glance his numbers from last year, however, are not hugely different then what he has produced this season. For example, throughout the 2017/18 season, Pavard managed to complete 71.7% of his actions on the pitch successfully, that rate has just dropped slightly to 69.7%.

A fit Benjamin Pavard, however, will be key for Stuttgart. The Swabians need the points to stay in the league that would, in turn, allow the club to probably re-invest the millions earned from Pavard’s transfer.