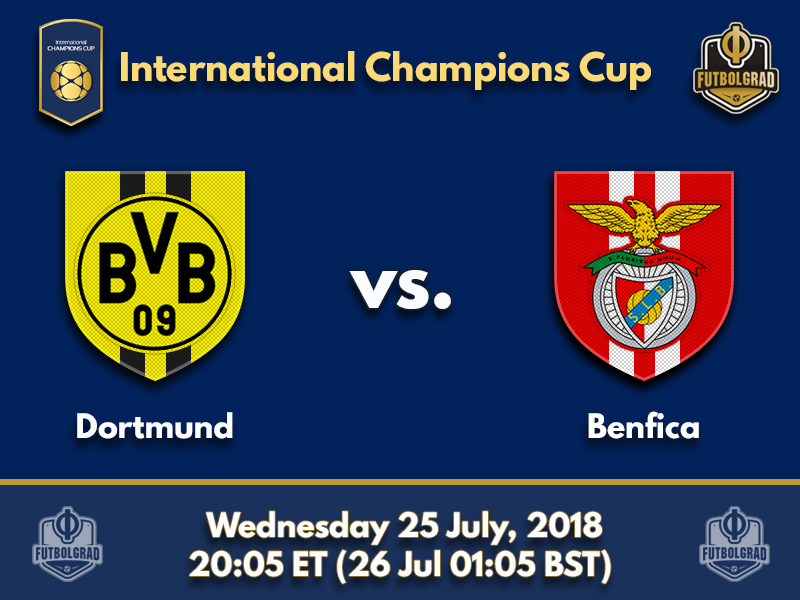 Dortmund and Benfica face each other on Heinz Field in Pittsburgh 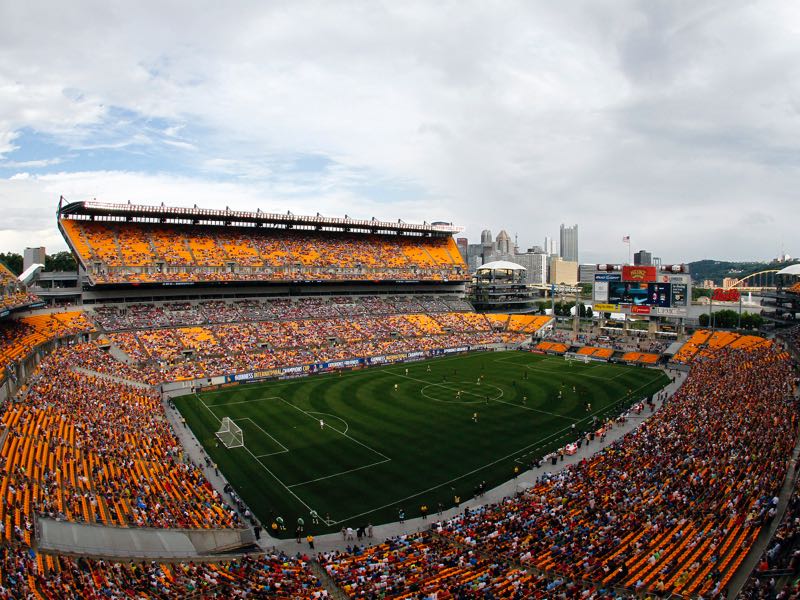 Borussia Dortmund vs Benfica will take place at the Heinz Field in Pittsburgh (Photo by Justin K. Aller/Getty Images)

After beating Manchester City 1-0 and hammering Liverpool FC 3-1 Borussia Dortmund’s US tour continues on Wednesday against Portuguese giants Benfica. It will be the third, and final stop on Dortmund’s tour as die Schwarzgelben will return to Europe following their game against Benfica.

Primarily, a marketing tour, there will be plenty to take away from for Dortmund’s coaching staff. New head coach Lucien Favre will note that his adjustments to Dortmund’s playing style are slowly but surely taking root. Against both City and Liverpool, there were visible tendencies for Dortmund’s attacking players to look for the right channels when it comes to looking for goalscoring opportunities.

Looking for the right place to score from, rather than rushing attacking plays, are the very foundation of Favre’s style of play. Meanwhile, when defending Favre’s teams often appear to give away plenty of shots, which can make the opposition look dominant at times. The game against Liverpool was in many ways a prime example of what we can expect from Dortmund this season.

The Reds had the advantage for much of the game and took an early lead. Dortmund, it appeared, allowed Liverpool to press high up the field, but in reality other than the corner Liverpool did not threaten die Schwarzgelben. Then in the second half, Favre brought on Cristian Pulisic, and the US national team player quickly showed what Favre football is all about.

Getting into the danger areas, the 19-year-old teamed up with Dane Jacob Bruun Larsen to overplay Liverpool’s defence and to get inside the box finding the areas from which there was a high scoring probability. Hence, while the stats suggest that it was a relatively even game, Dortmund won the game thanks to the new setup implemented by Favre.

That setup will now be tested for a final time against Benfica. The Portuguese side will play their first game at the International Champions Cup – they will also play Juventus (July 28) and Lyon (August 1). The 36 times Portuguese champion had to content themselves with second spot in the Portuguese Primeira Liga behind champions Porto.

Consistently present in the Champions League, Benfica are without a doubt a giant in Portugal. Playing in North America, therefore, is an important step to further grow the club globally and create the sort of financial income that would allow Benfica to not just compete domestically but also internationally.

Borussia Dortmund vs Benfica – Players to look out for:

There is no doubt that the International Champions Cup is all about Christian Pulisic when it comes to Borussia Dortmund. Off the field, the US national team winger has taken part in all sort of promotional activities. On the field Pulisic has had a direct hand in all four of Dortmund’s goals at this year’s ICC, scoring twice and creating two more.  The 19-year-old US national team player star boasts a number of records, including being the youngest foreign-born goalscorer in Bundesliga history and the youngest player to have tallied for the USA in a World Cup qualifier. 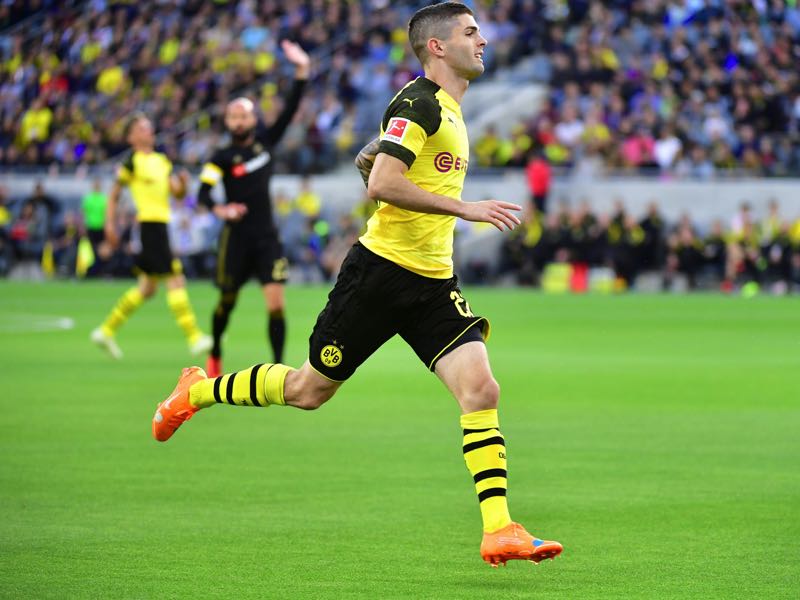 Jonas is Benfica’s primary goal threat. The Brazilian striker scored 34 of the club’s 80 league goals last season and has scored 99 goals in 110 league appearances in Portugal. The 34-year-old Brazilian has been a member of Benfica since 2014 and is already considered a club legend. 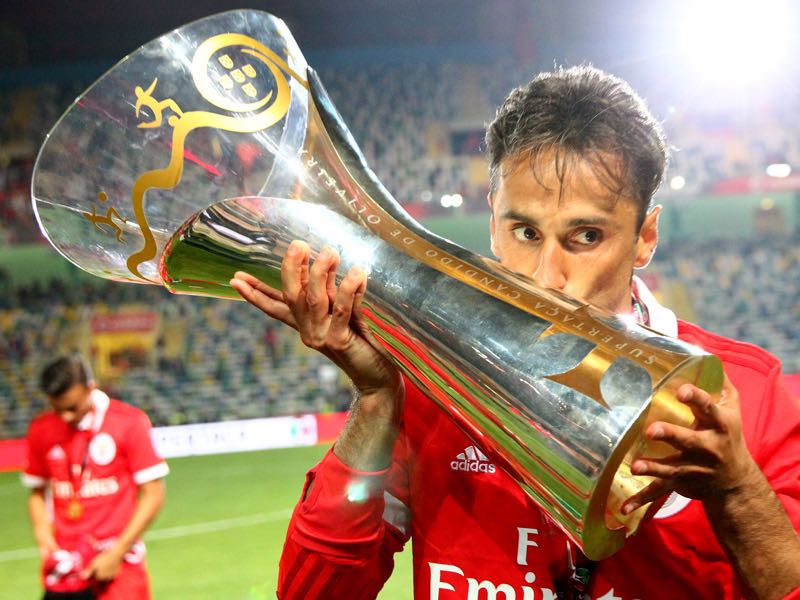