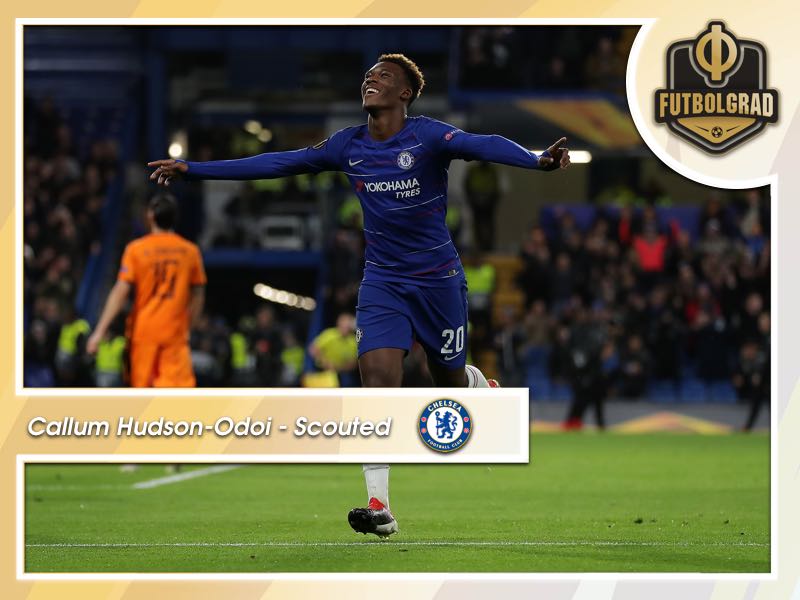 Bayern München are reportedly willing to spend in the region of €20 million for him. Callum Hudson-Odoi could become the latest English, super prospect to make his way from England to Germany.

The 18-year-old will see his contract expire in 2020 and, as a result, Bayern feel that they have a good chance to prise the talented winger away from Chelsea. The Bayern hierarchy want to avoid the same mistake they made when they let the talented Jadon Sancho slip through his fingers.

Sancho ended up joining Dortmund from Manchester City. The 18-year-old is now the most valuable player in the Bundesliga with a transfer value of €70 million.

Chelsea, in the meantime, would like to hang on Callum Hudson-Odoi despite their interest in Christian Pulisic. They hope to either get Callum Hudson-Odoi to renew his contract or to sell the forward in a deal that would include a buyback clause.

Whether Bayern would accept any such deal is, however, doubtful. At best Bayern would be willing to take a deal that would give Chelsea first refusal on any future deal – similar to the agreement Borussia Dortmund have in place with Manchester City for Jadon Sancho.

Callum Hudson-Odoi is a product of Chelsea’s Academy and touted to be one of their most exciting prospects. Born in London his father Bismark Odoi was a midfielder for Hearts of Oaks in his native Ghana. “He is an exciting attacking midfielder who is comfortable playing off both sides or through the centre of the pitch,” a source close to the Chelsea Academy hierarchy told the Futbolgrad Network.

“An excellent technician who shows creativity and confidence when dribbling at opponents. Callum Hudson-Odoi can play off both feet comfortably which can be a nightmare for his opponents,” the source added. 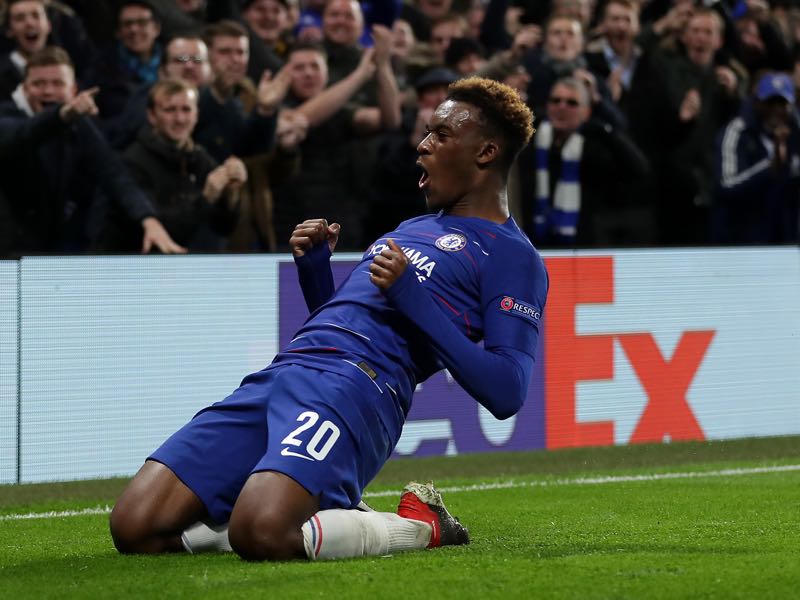 “Displays excellent athleticism, quick, dynamic and powerful which aids his excellent technical ability Shows lots of consistency with his end product, excellent stats around his assists and goals,” the source concluded.

Born in London there some parallels between two other English stars making their way in the Bundesliga this season. Both Reiss Nelson, at Hoffenheim, and Jadon Sancho, at Dortmund, have taken the league by storm this year. What the two players bring to the pitch is something that German football has struggled to produce in recent years – attacking players that are not afraid to go at defenders at high speed.

It is for that reason that Bayern have signed Alphonso Davies from the Vancouver Whitecaps this fall. The Canadian wunderkind like Sancho and Nelson has a directness to his play that has become a rare attribute among German youth players.

Callum Hudson-Odoi by the numbers

Numbers that, of course, have to be taken with a bit of a pinch of salt, however, whereas Callum Hudson-Odoi has spent most of the season with youth teams, Sancho has played most of his games in the Bundesliga and Champions League. Davies, in the meantime, put up his stats in the weaker Major League Soccer but against senior players on a weekly basis.

In his 46 minutes played in the Premier League, against Watford on December 26, Callum Hudson-Odoi managed just one dribble, which was blocked by Watford’s defence. Perhaps a better benchmark is the Europa League where the winger has managed to complete 64.5% of his 12.29 dribbles on average – he was used twice against Vidi and once against BATE Borisov as well as PAOK.

Although achieved against mostly second rate European competition Callum Hudson-Odoi was able to show his impressive talent. The attacking midfielder managed to complete 61.5% of his on average 91.59 actions per game. Aside from his skills in one-v-one situations the 18-year-old also managed to finish 83.3% of his on average 45.2 passes.

Against PAOK he also managed one goal and one assist in what was his best game in the competition this season. An absolute menace against the Greek side he completed 80% of his dribbles and won 13 of his 20 duels.

With those numbers in mind, it quickly becomes apparent why clubs like Bayern have started to circle like vultures over Stamford Bridge in their effort to sign the winger. There is no doubt that Callum Hudson-Odoi has the talent and the numbers on his side to make it at the significant times whether that will be at Chelsea, Bayern or maybe even another club.