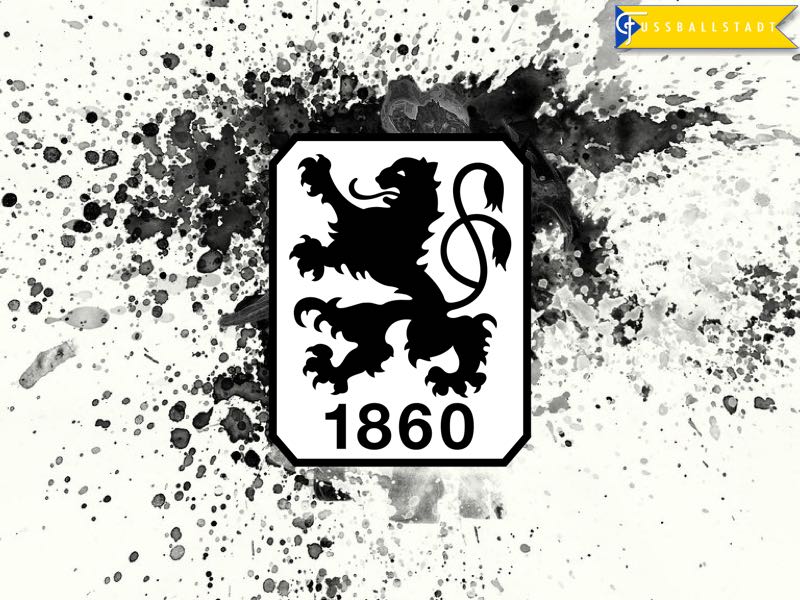 Chaos has returned to Munich’s most likeable club, TSV München von 1860, better known as 1860 Munich. After two seasons in which the club fought against relegation and financial instability, and also had to deal with a power struggle between the investor, Hasan Ismaik, and the board of the club, 1860 Munich seemed poised to challenge for the top half of the Bundesliga 2.

The club signed head coach, Kosta Runjaic, and Sporting Director, Thomas Eichin, in the summer. €6.6 million was spent on new players including club legend Stefan Aigner, who was bought for a club record of €3 million, the talented Brazilians, Ribamar and Victor Andrade, as well as the former Bayern München striker, Ivica Olić.

The club also started to invest into the decaying infrastructure of the club—new training fields were laid out, a new training base was constructed, and the prize winning youth academy finally saw some much needed infrastructure investment. Finally, plans to build a new stadium at the Messestadt Riem outside of Munich were revealed.

The move away from the Allianz Arena has long been identified, as an important course of action to move the club forward. With 75,000 seats, the stadium in Fröttmaning was obviously designed with Champions League football in mind.

All of this was possible because investor Hasan Ismaik was finally convinced by 1860’s board that the club could create the right environment for his investment to flourish. Indeed, President Peter Cassalette managed to create a tight bond with the Jordanian Abu Dhabi-based investor.

With seemingly limitless resources Eichin and Rujanic where tasked to put together a team that should be able to challenge for a promotion spot within the next three years. As is usually the case with 1860, where the heart rather than the mind dictates fan behaviour, the enthusiasm before the season went through the roof.

The vast majority of fans believed that the club could finish in the top half of the table and some, who were more optimistic and had a shorter memory span, even believed the club could challenge for promotion this year.

The story played out differently, however. Full of enthusiasm, the club started the season against Greuther Fürth on a hot Sunday afternoon on August 7. In the end the club lost and, as often happens with 1860 Munich, enthusiasm for the club deflated like air from a punctured balloon.

Two days after the game, my father introduced me to his long time friend, Ludger Schulze, who, as the head of the Sueddeutsche Zeitung’s sport section has been a close follower of the Bundesliga, and the two Munich based clubs, Bayern and 1860, in particular.

Ludger told me that day that 1860 will always be a “chaos club.” TSV stands for Turn- und Sportverein, as the club is a multisports membership-based organization, and Schulze told me that in the 1960s and 1970s the members of the tennis section of the club always voted against the football section simply out of principle, which always created a minor political crisis at the club.

Schulze compares the situation then to what is going on now, as the club is still very split between those who support Ismaik’s investment, and those who oppose it. The structure of German football means that the club, or E.V. in German, has to hold 51% of the football club, but the investor has 60% of the votes on all decisions made within the football club.

This confusing construct has often been criticized by those who want to protect the 50+1 rule in German football, as the construct allows the club to hold the golden share of the football section, but has essentially given up decision-making powers within its professional football team.

At the beginning of the season, however, this problem seemed to have been solved when the club bosses gave Ismaik sufficient power to dictate decisions in and around the football club. Each side was adamant that it trusted the other, and that all the final decisions would be made by the sport director Thomas Eichin and head coach Kosta Runjaic.

But despite the heavy investment, results were patchy in the first half of the season. Furthermore, Stefan Aigner, sustained a knee injury that made him miss several matches in the fall. Meanwhile, the Brazilian, Ribamar, arrived from Brazil with a knee injury, and is not expected to play for the club until January, and 1860’s other Brazilian signing, Victor Andrade, who was often one of the only bright spots in the fall, tore his ACL in the DFB Cup second round match against Würzburger FV.

On top of that, Ivica Olić got suspended for two weeks after he was caught placing bets on games in Bundesliga 2 on October 14. The club promised an open investigation, but was adamant that Olić had not placed bets on his own team. UEFA later confirmed this, but the damage was done and the chaos had now definately returned to the club in that the on-field performance plummeted.

Two days later, 1860 played Fortuna Düsseldorf on matchday 9 of the Bundesliga 2 and, within 45 minutes, 1860 went down 3-0. It was indeed a horrendous performance, as there was no structure in the squad during those first 45 minutes. 1860 then improved dramatically in the second interval, but the damage had been done.

The long firing of Kosta Runjaic

After the game, I wondered whether this would be it for head coach Runjaic. But the official word from Thomas Eichin was that the club would like to continue with their head coach. At this point, however, Hasan Ismaik seemed to have already lost some of his patience for both the sport director and the coach.

At this point, I believed that Thomas Eichin would likely run the sporting matters and Ayre the marketing aspects. In reality, that rumour was the writing on the wall for Runjaic and Eichin.

With the poor results, criticism mounted and reached its zenith with Ismaik lashing out in one of his frequent Facebook posts on the club. Then on matchday 11, 1860 Munich defeated Erzgebirge Aue 6-2. The game had the potential to kick-start the season but, instead, 1860 went on to lose 3-2 to SV Sandhausen on matchday 12.

At this point, Ismaik decided that Runjaic would be fired, and that Eichin would be at least demoted to a lesser position below a new boss. The problem was that no one had informed the coach and the sporting director. Both prepared for the Monday night fixture against 1. FC Kaiserslautern on November 21. The game ended in another disappointing result, a 1-1 draw, which kept 1860 on 14th spot in Bundesliga 2.

Another Stunde Null for TSV 1860 Munich

Ismaik, however, is adamant that this will not stop his investment in the club. Furthermore, he stated, “With the investments made we should be at the top of the league.” For the time being, Eichin has been given a new job and the relatively unknown Anthony Power is now the head of all sporting decisions. Whether Ayre will still take over at some point remains a question mark.

Ismaik also shuffled other positions in an attempt to bring the club back on track. In the entire process 1860 President Cassalette has admitted that he is not involved in the decision making process, which suggests that the club is no longer the boss in its own house, and that Ismaik has now taken full control over his investment. Whether he will be able to deliver on his promise to turn the club into a European powerhouse remains to be seen, especially given the fact that the club is closer to the 3. Liga rather than the Bundesliga…