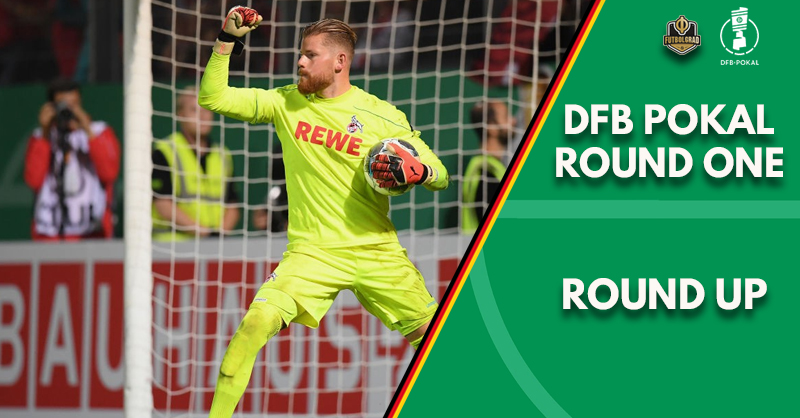 It only feels like yesterday that Bayern München outclassed RB Leipzig under the lights of Berlin’s Olympiastadion, yet the first round of the DFB Pokal is back. Eleven weeks after the final, the road to the capital starts once again.

In a wonderful scenario, the big boys automatically travel to the minnows – giving the Pokal an authentic cup-tie feel. Last season the holders (Frankfurt) were dumped out at the opening phase and once again there were Bundesliga casualties as the German top tier season got underway for 2019/20.

The Big ‘Big Boys’ – DFB Pokal Round One

Borussia Dortmund opened the proceedings on Friday night, beating 3.Liga side Uerdingen by two goals to nil. Paco Alcácer and Marco Reus on the scoresheet as the much-fancied Die Schwarzgelben navigated a potential banana skin.

Bayer Leverkusen unsurprisingly brushed aside Regionalliga West outfit, Alemannia Aachen. However, the fourth-tier side did give their Bundesliga counterparts a worrying time. Stipe Batarilo-Cerdic’s strike gave the Potato Beatles a glimmer of hope as the score went to 1-2, but the away side’s class eventually shone through.

Marco Rose survived any sort of opening match embarrassment with new side Borussia Mönchengladbach as they defeated 2.Bundesliga side SV Sandhausen 1-0.

Bayern München closed the weekend of cup fixtures with their match at Energie Cottbus. Winning 3-1 it wasn’t as comfortable as the scoreline suggests. The Regionalliga Nordost club pressured and harassed the champions, with a little more quality in the final third they could have grabbed more than their one goal. As it was, Bayern did enough to ride the storm in Brandenburg – their superior fitness resulting in a march to the second round, despite an added-time penalty for the hosts. 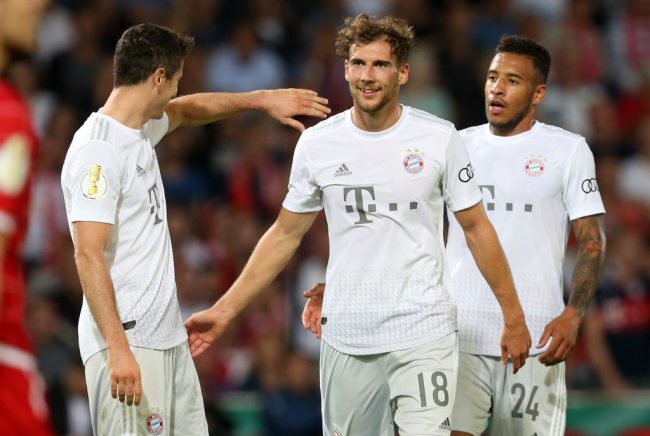 The Giant Killers – DFB Pokal Round One

Kaiserslautern of the third league left Mainz red-faced as the 3.Liga club dumped their Bundesliga visitors out of the cup, 2-0. A day to forget again for Mainz in the Pokal as their supporters peppered the pitch with flares, setting fire to a large custom banner – by mistake.

Verl embarrassed Augsburg, the Regionalliga West side took a 2-0 lead and never really looked in danger, even when André Hahn reduced the deficit from the spot on 83 minutes.

The Best of the Rest – DFB Pokal Round One

Newly promoted to the 2.Bundesliga, Wehen Wiesbaden took Köln all the way to penalties, eventually losing 3-2 in the shootout – an unlucky end to what was a brilliant performance.

Union Berlin, now of the Bundesliga, made some capital gains against Germania Halberstadt. The top league’s latest addition ran riot in the mountains winning 6-0, what they’d give for the same result on Sunday against RB Leipzig. 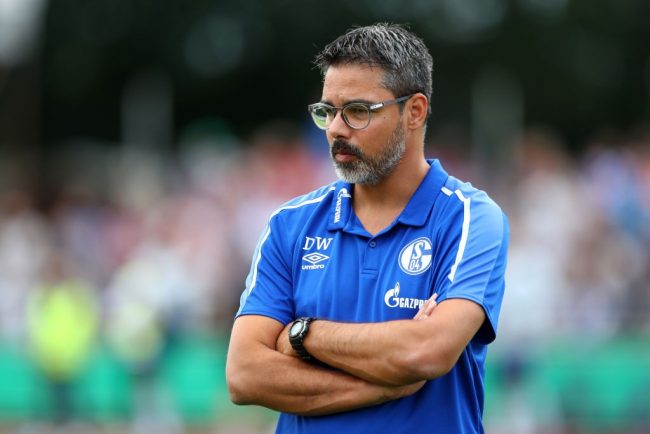 David Wagner, Head Coach of FC Schalke 04 looks on prior to the DFB Pokal Round One match between SV Drochtersen Assel and FC Schalke 04 at Kehdinger Stadion. (Photo: Martin Rose/Bongarts/Getty Images)

David Wagner’s Schalke looked a revamped outfit under their new head coach, powering past SV Drochtersen/Assel by five goals to nil. The Regionalliga Nord opponents no match for a side that is expected to vastly improve now under the stewardship of an attacking-minded coach.