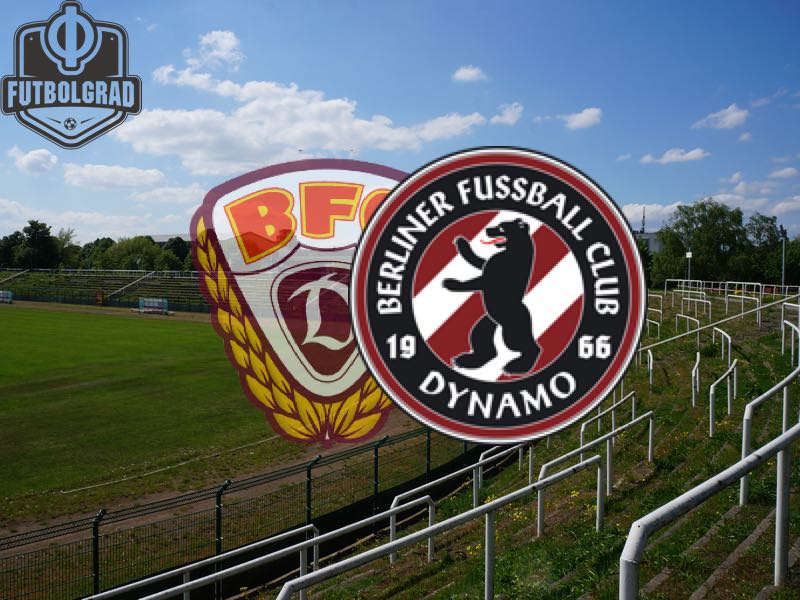 Berliner FC Dynamo, better known as Dynamo Berlin, were once the most successful club in East Germany. But you would never guess that when you visit their former home ground at the Sportforum Hohenschönhausen.

Back in the time of the GDR, the Dynamo sport-complex had a capacity of 10,000. Nowadays the stadium lies mostly abandoned. The grass is growing in the stands and the head quarters located right next to the stadium still date back to the time of the German Democratic Republic. Linoleum floors and Soviet architecture make it hard to believe that it was here Berliner FC Dynamo became the country’s most notorious club.

Founded in 1949 as Sportgemeinde Deutsche Vokspolizei the club underwent various name changes and was moved throughout the country until the club was firmly established on January 15, 1966, as Berliner Fußballclub Dynamo. Although the club was promoted to the GDR-Oberliga in 1967 Dynamo would not start to dominate the East German Oberliga until the late 1970s and 1980s. 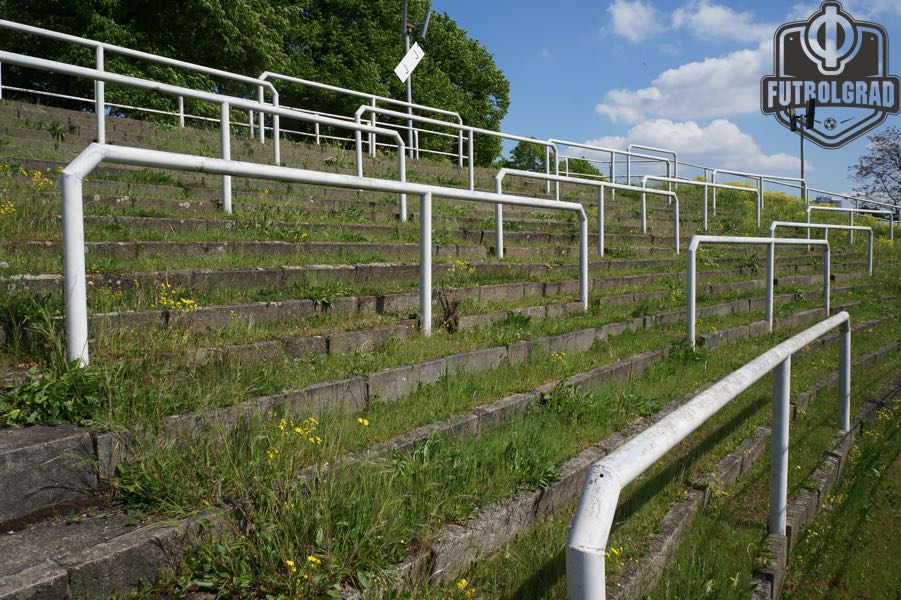 The stadium at the Sportforum in Hohenschönhausen has fallen into disrepair. (Manuel Veth / Futbolgrad Network)

Starting in 1979 the club would win ten titles in a row. The club regarding by fans of other clubs in East Germany of only being able to dominate the league thanks to their political connection. Indeed it was true that honorary club president Erich Mielke, who was the head of the Stasi, used his influence to delegate the best players from all over the GDR to Berliner FC Dynamo.

Like in the Soviet Union, however, regional political cadres in Dresden, who wanted Dynamo Dresden to be supported, and Leipzig, who wanted the country to support Lokomotive, opposed the concentration of power in Berlin. Despite the political opposition Mielke managed to concentrate some of the best players in the country in Hohenschönhausen. 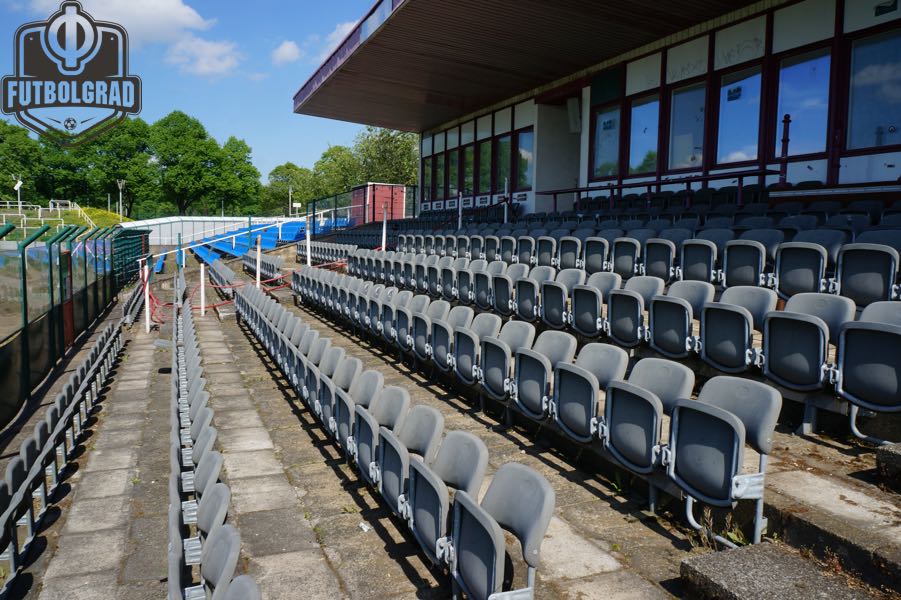 The fact that Dynamo Berlin could use its political influence to acquire the best players from around the country meant that police club quickly became the most hated team in the country. At the same time, however, the organization also relied heavily on its youth academy.

In fact, only Thomas Doll (from relegated Hansa Rostock) and Frank Pastors were brought in during the club’s most successful time. Other players like Andreas Thom, who would have a fantastic career at Bayer Leverkusen, Celtic and Hertha Berlin following the fall of the Berlin Wall, Bodo Rudwaleit, Frank Rohde, and Rainer Ernst were brought through the highly successful Dynamo Berlin youth academy.

The few transfers, which were often called delegation by rival clubs, gave the picture of a club that dominated the league thanks only to the fact that the best players were moved to Berlin. Rumours did not help the matter that games were manipulated in Dynamo’s favour.

Dynamo Berlin and the Penalty of Shame

The issue came to a boil in 1986 when referee Bernd Stumpf awarded the Schand-Elfmeter von Leipzig (the penalty of shame from Leipzig) in a league game between Lokomotive Leipzig. Lokomotive were winning the game 1-0 when Stumpf awarded a penalty in the fourth minute of extra-time. The penalty became a political matter when television replays could not show whether Stumpf made the right decision or not.

The political debate between cadres from Berlin and Leipzig meant that Stumpf was banned from refereeing from life and that the DFV (East German Football Association) had to dissolve and rebuild their refereeing department. A video that emerged in 2000 then showed that Stumpf had made the right decision, but in terms of politics the damage was done and Dynamo became the club that was successful not because of talent, but because of political power.

Now in retrospect comes the realisation that Dynamo may have had the political support, but that they were also a solid team that won the title thanks to talent. Perhaps the biggest disappointment of this Dynamo generation is the fact that the club never managed to translate the success to the European stage. The club came close on occasions. The furthest the club ever came was the quarter-final of the European Cup in 1983-84 where Lazio Rome eliminated them. 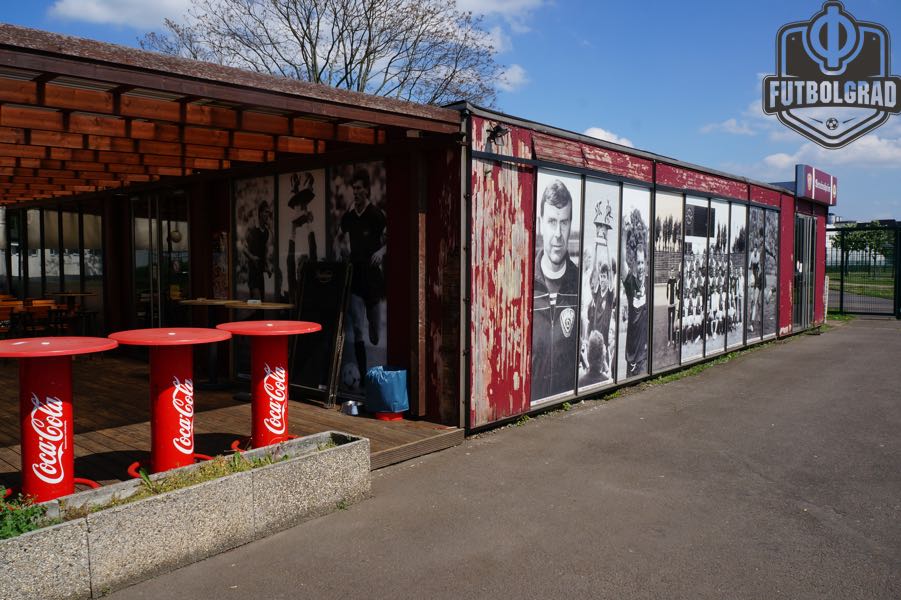 Instead of European success what stands out are glorious defeats. Most prominently to Werder Bremen in the first round of the 1988-89 European Cup. After winning the home game 3-0 Dynamo seemed poised to advance to the next round, but were then eliminated after losing 5-0 in Bremen. The game would later become known as the second miracle at the Weser.

The defeat to Werder would mean the end of an era. Dynamo finished the 1988-89 in second place behind Dynamo Dresden. Then the wall came down, and with it, many of the best players left the club. Following the dissolution of the GDR Dynamo Berlin was renamed FC Berlin and then finished the 1989-90 season in fourth place.

FC Berlin and the Long Collapse of the Other Rekordmeister

FC Berlin finished the season in eleventh place and was therefore placed in the Bundesliga 2 playoffs where they finished second in Group 1 behind FC Stahl Brandenburg. As a result, the East German Rekordmeister was relegated to the third division of German football.

The merger of the two divisions remains a matter of debate up until today. Granting just two spots to East Germany in the Bundesliga was perhaps harsh, but it also reflected the economic reality at the time. East German clubs were strong in talent at the same time they could not match the financial power of Bundesliga sides that went on a buying spree in East Germany. 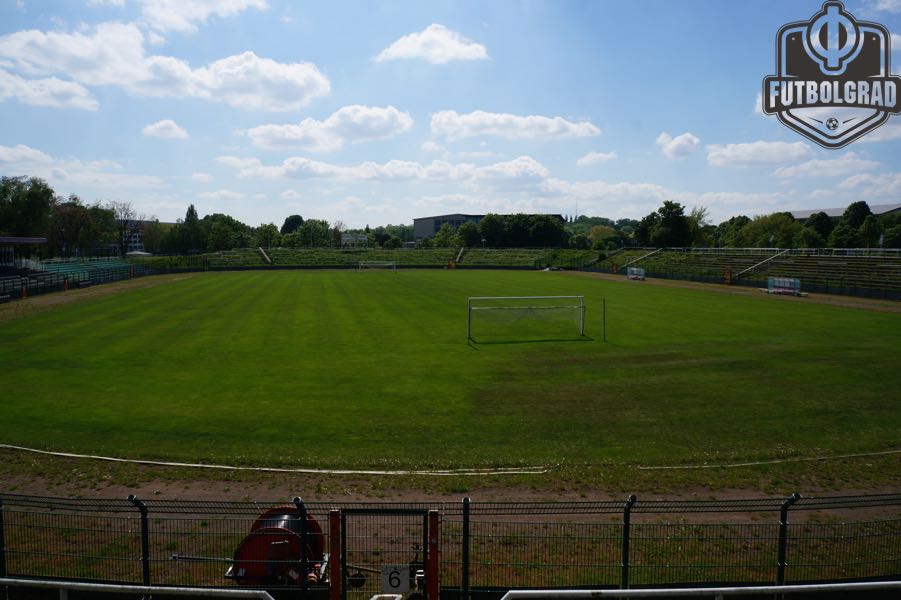 As a result, East German football fell on harsh times and many clubs faced bankruptcy and restructuring. Big names like Dynamo Dresden only survived in the league for a short period. Later Hansa Rostock and Energie Cottbus would make an appearance. But in general, the East remained an empty spot on the Bundesliga map, which has just recently been filled with the emergence of RB Leipzig—a club with no GDR history.

Dynamo Berlin, or FC Berlin as it was called in the early 1990s, was no different. Throughout the 1990s FC Berlin struggled in the Regionalliga Nordost (third division). The club was more often than not in the news for its far right hooligan fan scene. Up until today, this remains one of the club’s biggest problems with the police having categorised 102 Dynamo fans as possible members of right-wing groups.

At the same time the fans, however, were also responsible for renaming the club Dynamo. The old name BFC Dynamo, however, was gone. The club lost the rights to the name in the early 1990s when it was bought by the Hertha-Frösche a right-wing Hertha Berlin fan group. The group was dissolved in 2002, but Dynamo Berlin has not managed to regain the rights to the name and the logo until the present day.

Instead of the historical Dynamo D Dynamo Berlin has therefore created a new logo, which features the Berlin bear and the slogan Berliner Fussball Club Dynamo. The name change was, however, criticised as the club chose to write Fußball with a double ss rather than the more common ß, which let to suggestions that the right wing fan scene influenced the name of the club to such an extent that the logo included the notorious SS. This has been vehemently denied, and the name has stood. 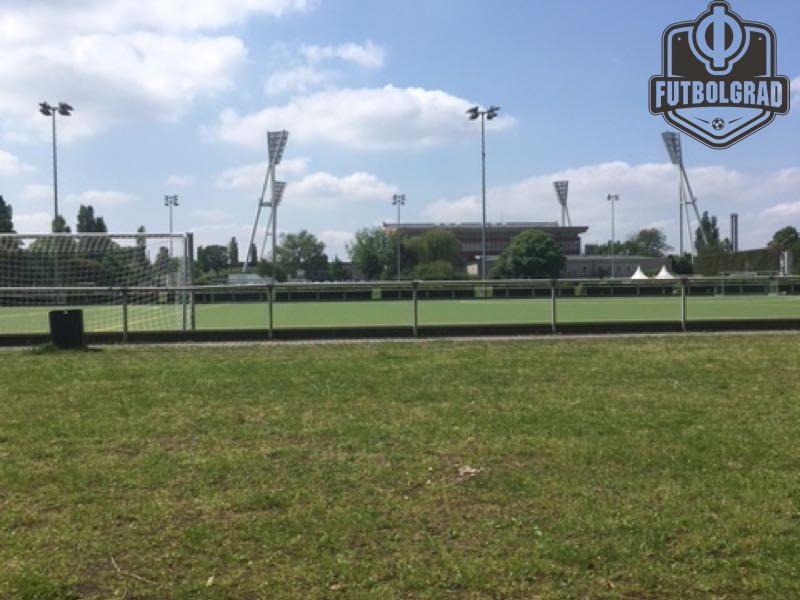 The change of the name back to Dynamo, however, did very little to bring back the club’s former glory. Financial problems led to insolvency and relegation in 2001. The club would sink as low as the fifth division and only recently managed the return to the fourth division after being promoted in 2013-14.

Nowadays René Rydlewicz, who came through the club’s youth ranks before starting a successful Bundesliga career with 1860 München and Bayer Leverkusen, manages the club. Playing in the Friedrich-Ludwig-Jahn Sportpark the club now has a plan to rebuild its youth academy and to use young players to first consolidate in the Regionalliga before eventually returning to professional football. There is no doubt that this will be a hard path. The Regionalliga is a bottleneck as only three teams of the five divisions are promoted. Furthermore, Berliner FC Dynamo finished the 2016-17 in 15th spot a long way off the promotion places.

Loading...
Newer Post
Pachuca vs América – Liga MX Game of the Week Preview
Older Post
Fedor Smolov – Spartak or Europe? What is Next for the Sbornaya Star?