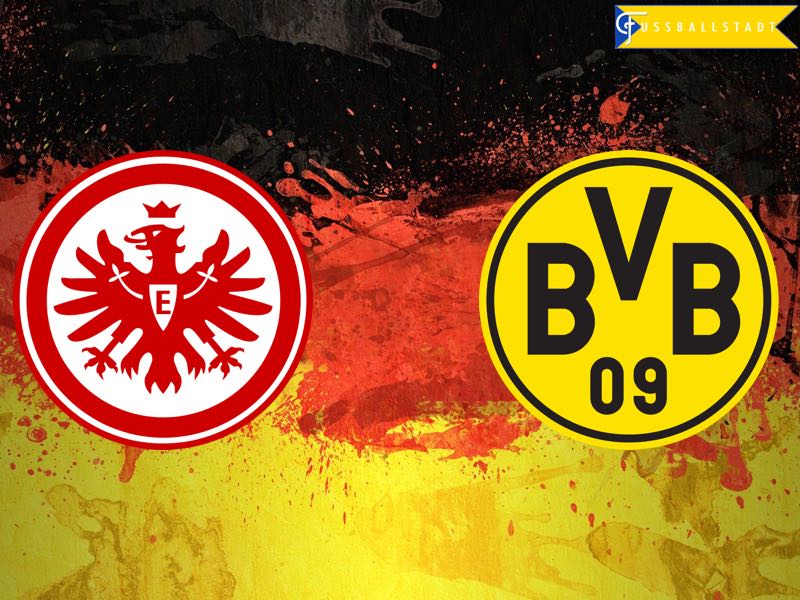 Eintracht Frankfurt claim another big scalp at the Commerzbank Arena, as the Eagles continue to rock German football.

Borussia Dortmund went into the game needing to confirm their result from der Klassiker against Bayern München, and Pierre-Emerick Aubameyang and André Schürrle combined well for the first chance of the game, as Lukas Hradecky had to do well to save the shot. Schürrle was also involved in Dortmund’s next chance, as he set up Adrián Ramos with a teasing cross, but Hradecky easily handled the Colombian’s header, and then Aubameyang displayed some wonderful skill to dispose two Eintracht defenders his shot, however, missed the net entirely. The first half was very much a battle of fire and ice with Niko Kovac’s team playing organized defensive football in oppositions to Thomas Tuchel’s attacking philosophy.

Less than 20 seconds into the second half Frankfurt scored when Szabolcs Huszti received the ball 18 yards from the net, and his drive was unstoppable for Roman Weidenfeller. Eintracht continued to press Dortmund prompting Thomas Tuchel to make a triple change ten minutes into the second half bringing on Sebastian Rode, Ousmane Dembélé, and Marco Reus, who made his long awaited Bundesliga comeback. The change did miracles for Dortmund, as the Schwarz-Gelben pressed, and Aubameyang would get the equalizer when he headed home a tantalizing cross by Dembélé. Frankfurt did not fold, however, as they struck back right away with Haris Seferović scoring immediately after Dortmund’s equalizer. In the dying moments of the match Dembélé almost equalized for Dortmund, but his shot hit the crossbar

Jesús Vallejo was key for Eintracht Frankfurt. The 19-year-old, who is on loan from Real Madrid organized Frankfurt’s defence well, and also acted as a deep lying playmaker for his team. Vallejo has been one of the biggest surprises of this season’s Bundesliga, and the young defender looks set for a great career.

The 2016-17 Bundesliga season keeps throwing up surprises this season with several clubs surprising the traditional top two of the league. Eintracht Frankfurt continue their impressive home form, and they join RB Leipzig, and 1. FC Köln in the group of teams that have rocked the very foundation of the league.