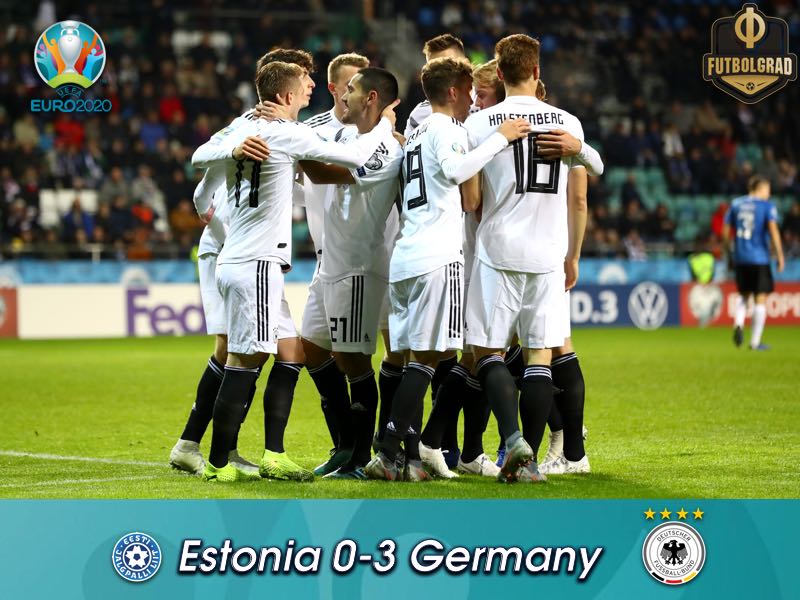 Down a man, Germany secure three points against Estonia

Germany were in complete control in the first 15 minutes but then lost Emre Can. In the 14th minute, Juventus defender lost the ball on the edge of the box and then brought down Frank Liivak, referee Georgi Kabakov didn’t hesitate and sent off Can. Three minutes later, Estonia’s Karol Mets was given to much room in the box after a corner, but the defender missed Manuel Neuer’s goal. With a man down, Germany continued to maintain possession but struggled to create goalscoring chances until the 39th minute when Marco Reus’ freekick from 30-yards out hit the post.

For 45 minutes, Estonia shut out Germany. But in the 52nd minute, Germany finally found a way through, Ilkay Gündogan beating keeper Sergei Lepmets with a shot from 18-yards. The ManCity midfielder would then double the lead five minutes later with a deflected shot from inside the box, deflected by defender Mets the goal later went down as an own goal. Germany were now rampant, and in the 71st minute, Timo Werner scored breaking away from Estonia’s defence stepping past keeper Lepmets to hammer home Germany’s third. It was the final goal of a contest in which Germany corrected a first half to forget with a strong showing in the second half. 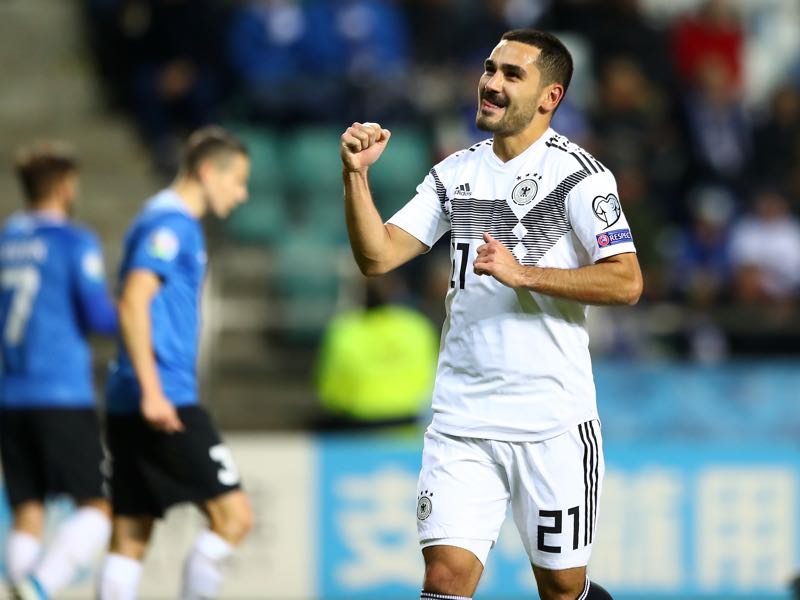 Ilkay Gündogan was the hero in this one. With Germany struggling in the first 45 minutes, the central midfielder scored the go-ahead goal in the second half. Just six minutes later, Gündogan produced Germany’s second when his shot was deflected by Mets into his own goal. That goal was later counted as an own goal, but the ManCity midfielder was very much the creator in this instance. Finally, Gündogan also produced the assist ahead of Werner’s goal that made it 3-0.

Kimmich had to fulfill both the central midfield and centre-back role after Emre Can was sent off. The Bayern midfielder/right-back was excellent covering the entire centre area, both stuffing holes but also helping Germany’s transition game in the second half against an increasingly tiering Estonia side.

Liivak was a constant threat to Germany’s backline, and it was his pressure on Can that led to the early sending off. A man down Germany struggled for the first 50 minutes of the game, and Liivak had more than one opportunity to break forward in what was a solid performance by the Flora Tallinn forward.

After 45 minutes to forget, Germany collect three very important points. With a three-point gap to Northern Ireland and home games to Belarus and the British side, Die Mannschaft is in a good position to qualify for Euro 2020.

That said, the performance also threw up some more question marks. Despite the many injured players, Germany simply must be able to perform for the full 90 minutes against a second-rate Estonia side. But like it was the case against Argentina midweek Germany once again had an excellent 45 minutes but also 45 minutes to forget.