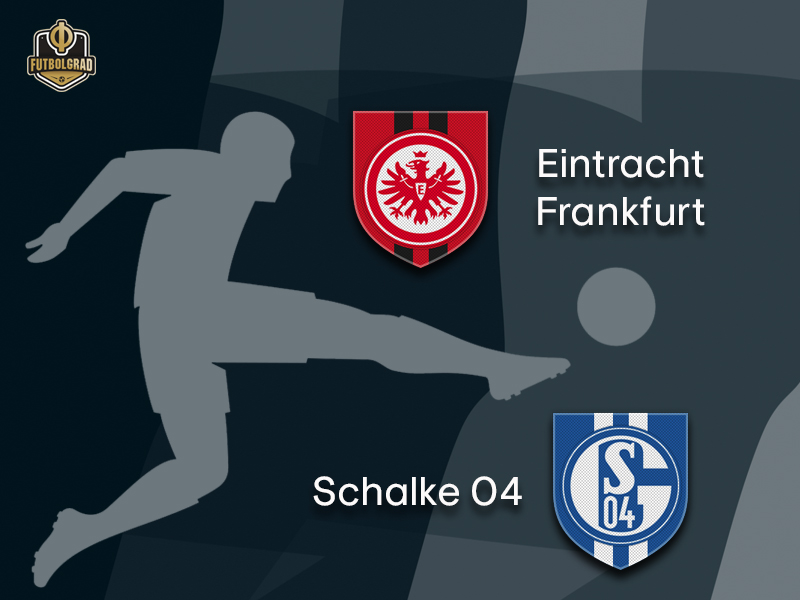 Eintracht Frankfurt vs Schalke will take place at the Commerzbank Arena. (Photo by Alexander Scheuber/Bongarts/Getty Images)

It is a top game in its own rights. With a win on Sunday at home against FC Schalke 04, Eintracht Frankfurt could go as high as third, depending on how RB Leipzig will do against Bayer, but would, at the very least, be guaranteed a spot ahead of Bayern München.

For Frankfurt, it would be the latest milestone in a still young season. On Thursday the Eagles beat Apollon in Cyprus to book their place in the round of 32 in the Europa League after just four matches. A major success when one considers that Eintracht were drawn in a group with Olympique Marseille and Lazio.

The consensus has been that Eintracht Frankfurt are ahead of the development curve under new head coach Adi Hütter. Signed from Young Boys this summer to replace Niko Kovac Hütter was supposed to bring in a paradigm shift to Frankfurt but a heavy defeat to Bayern in the DFL Supercup, as well as the exit in the first round of the DFB Pokal, made many feel for the worst.

Hütter, however, managed his evolution faster than expected. With the likes of Sebastien Haller, Ante Rebić and Luka Jović Frankfurt have one of the best strike forces in the league. A strike force that going into matchday 10 had the third best-attacking line in the league behind Borussia Dortmund and Bayern München.

Frankfurt have been mentioned on the latest Gegenpressing episode as perhaps the most fun team to watch in the Bundesliga. It is a label that Schalke would love to have this season.

Die Knappen finished second in the standings last season but benefited largely from the other top sides taking a year off. Furthermore, head coach Domenico Tedesco played a style of football that was hugely successful but lacked the flair expected by many spectators in the Veltins-Arena.

Tedesco’s job ahead of the season, therefore, was to develop the Schalke side into a team that was not only efficient but also played beautiful football. It is a project that has massively fallen short of expectations in the Bundesliga.

Schalke are just 14th ahead of Sunday’s match with just ten points from ten games. At the same time, there have been signs of an upward trend. The Royal Blues beat Hannover 96 last week and then dispatched Galatasaray midweek in the Champions League, where Schalke are just one win away from qualifying for the next round.

Those two results should give Schalke the necessary confidence to be a significant opponent for Frankfurt on Sunday. But Frankfurt have been soaring high, and it is hard to imagine that an at times unadventurous Schalke side could beat the Eagles on the road.

Frankfurt vs Schalke – Players to look out for:

24-year-old striker Sebastien Haller has been on fire this season. Together with Luka Jović, the French striker leads Eintracht with seven goals scored. Haller is also second in the league in overall scorer points, behind Marco Reus, with seven goals and six assists. Scoring every 105 minutes, it is no surprise that the French forward has already been linked with a move to the likes of Newcastle United, Tottenham and Borussia Dortmund. Whether there is any truth behind those potential transfers remains to be seen. For now, Haller seems to be content in Frankfurt where he is an essential part of one of the Bundesliga’s most fun to watch striker forces. 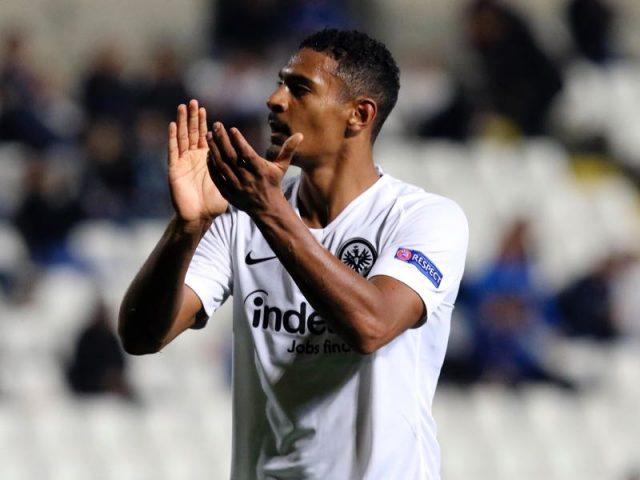 Frankfurt’s French forward Sebastien Haller (R) celebrates with Mijat Gacinovic after he scored during the Europa League Group H football match between Apollon Limassol and Eintracht Frankfurt on November 8, 2018, at the GSP stadium in Nicosia. (Photo by STRINGER / AFP)

Yevhen Konoplyanka remains an outstanding promise. The 29-year-old Ukrainian winger was once considered one of the most sought-after prospects in European football. But Konoplyanka never managed to fulfil his promise at either Sevilla or now at Schalke after leaving his boyhood club Dnipro in 2015. At Schalke, he seemed to be on his way out a summer ago after he heavily criticised former head coach Markus Weinzierl on Ukrainian television. Ultimately, it was Weinzierl and not Konoplyanka who had to leave the club. Four goals and five assists in 27 games last season were an improvement of his one goal and one assist in the previous season. But despite all his potential, there is always a sense that Konoplyanka is missing that special extra to become a top player. As a result, he has been left on the bench over the last three Bundesliga games and in the Champions League but is expected to be rotated into the side on Sunday to give him a shot to finally fulfil his promise at Schalke. 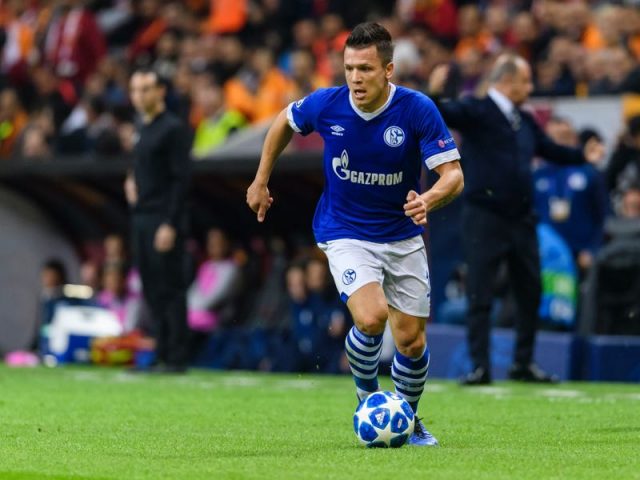 Yeven Konoplyanka of Schalke controls the ball during the Group D match of the UEFA Champions League between Galatasaray and FC Schalke 04 at Turk Telekom Arena on October 24, 2018 in Istanbul, Turkey. (Photo by Alexander Scheuber/Bongarts/Getty Images)