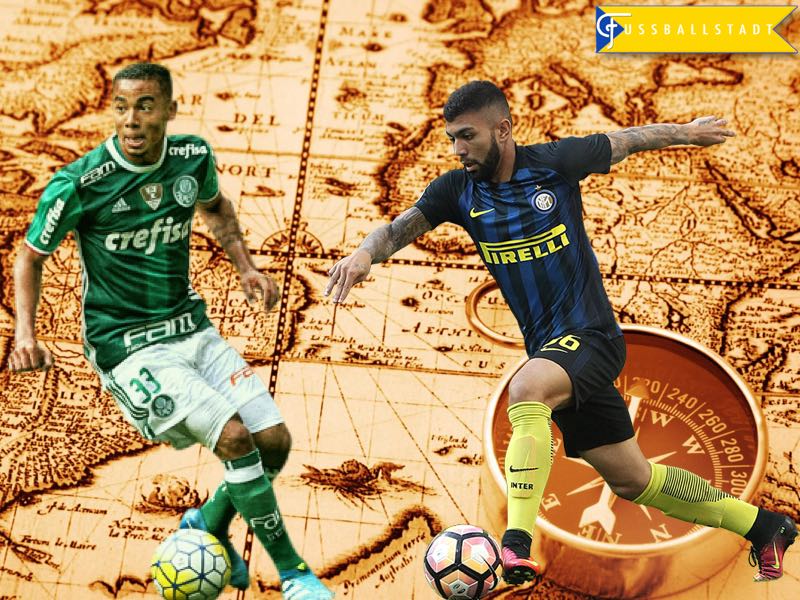 When the Brazilian wunderkind Gabriel Jesus finally completes his move from the recently crowned Brazilian champion Sociedade Esportiva Palmeiras to Manchester City on January 1, 2017, the eyes of the entire European sports press will be on the young 19-year-old forward. The main question, as always when a highly anticipated talent from South America arrives in Europe, is whether he will have an immediate impact in one of Europe’s elite leagues?

In fact, Gabriel Jesus might be one of the brightest talents to leave Brazil since Neymar signed for FC Barcelona in 2013 and, in what ended up being one of the most controversial deals of this century. That, however, does not mean that Gabriel Jesus is guaranteed to succeed in the English Premier League.

In fact, the recent example of Gabriel Barbosa, also known as Gabigol, highlights the danger when bright South American talents make the switch to a big club in one of Europe’s top five leagues.

Gabriel was recently praised on FutebolCidade.com as being more than the next Neymar. Like the Brazilian superstar Pelé and Neymar, Gabriel hails from FC Santos’ prolific youth academy. Santos, as Austin Miller, and Euan Marshall rightfully pointed out on the World Football Index South American Football Show, has always been viewed with a mystical reverence in Europe, but is, in reality, a small club that had to rely heavily on producing young players out of their own academy.

Aside from Pelé and Neymar, Santos have also produced the likes of Robinho, and Diego who, despite their enormous talent struggled to meet the excited expectation directed toward them when they first moved to Europe. Being identified as the “next Pelé” or the “next Neymar” can be extremely difficult for players, as the recent example of 1860 Munich attacking midfielder Victor Andrade has highlighted.

Gabriel, therefore, has always been careful to avoid being labelled as “the next Neymar” when speaking to the media. The differences between the two are reflected by Gabriel’s play on the pitch—where Neymar often looks for creative solutions on the pitch, Gabriel’s style is far more direct, in that he tries to play quickly up the field to either execute a play himself or to play a long ball for one of his attacking colleagues.

After completing a rather disappointing Copa América Centenario, where Brazil were eliminated in the group stage, as well as winning the gold medal at the Rio de Janeiro Olympics, where he scored twice in six games, Gabriel announced that he would be joining Inter Milan for €29.5 million. Despite playing at the Copa América, and the Olympics, Gabriel also scored five times in ten games in Brazil’s Série A.

Right after the transfer was completed on August 30, however, FC Barcelona announced, on September 3, that they intended to sue Santos, as they claimed that they had an option to purchase the Brazilian attacking winger.

Barcelona showed evidence that they had signed a deal with Santos when they completed the deal to sign Neymar in 2013, that gave them first refusal to sign Gabriel. According to the contract signed between Barcelona and Santos, Santos had to inform the Catalans that they had accepted a deal for the forward, and should have given Barcelona the opportunity to counter Inter Milan’s proposal.

It was not the best start to Gabriel’s career in Italy. On top of that, Inter were in the middle of a change of ownership, as the club was taken over by a Chinese ownership group. 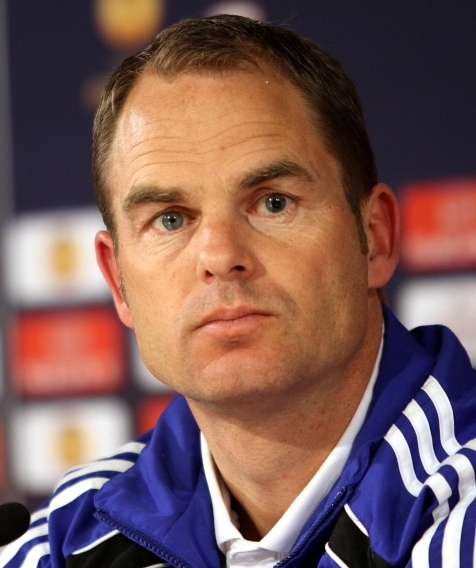 Frank de Boer did not give Gabriel a chance in the first team – Image by Yulia Novikova CC-BY-SA-1.0

The new ownership group, influenced by the controversial player agent Kia Joorabchian, had already disposed of head coach, Roberto Mancini, and new coach, Frank de Boer, was already under fire after having taken over just at the beginning of August—de Boer was eventually sacked on November 1, 2017 after being in charge for just 85 days.

Meanwhile, Gabriel struggled to gain playing time. Some of this was down to the fact that he had played two major tournaments in the summer, and also still had to make the transition from Brazil to playing in Europe.

The situation at Inter Milan has been volatile

At the same time, Gabriel played just 16 minutes in the 14 Serie A, and the six Europa League games Inter has played since Gabriel has joined the club. This has prompted Gabriel’s agent Wagner Ribeiro to complain about the situation on Brazilian radio:

“The problem is on the field, because he is not given a chance there. I want to solve his situation in January.” Ribeiro said that he had spoken with Joorabchian directly about Gabigol’s situation. “Joorabchian promised me that he would speak with de Boer, just before he was fired. He asked him [de Boer] what the problem was with Gabriel, and recieved no answer. The new coach [Stefano Pioli] promised he would give Gabriel a chance, but nothing has happened yet”

Ribeiro even suggested that Gabriel could return to Brazil: “The chance exists, but is difficult to calculate. First, they would say that he didn’t make it. Second, he would lose the foreign player spot that he got when he arrived in August. That spot would only remain open if he agrees on a loan inside of Italy.”

There now has been talk that Gabriel could leave Inter Milan in the winter to be sent on loan to the La Liga club UD Las Palmas. Las Palmas has been one of the surprise teams in the league, as the promoted side is currently in tenth position in La Liga.

Gabriel would certainly receive more playing time in what is arguably one of the strongest, if not the strongest, leagues in Europe. But the entire story shows the importance of picking the right European club when making the move from South America to Europe.

Inter Milan’s situation at the moment could best be described as volatile with a new ownership group coming in, constant coaching changes, and the questionable role of one of the most controversial super agents in the game in the background of the club. Altogether, the situation represents a cocktail that a young player like Gabriel does not need on his attempt to succeed at his first European destination.

Sometimes moving to a smaller club can be better

As outlined above, Gabriel is not the only player from Brazil, who has struggled with the transition. But there are also examples of players, who have taken the direction toward a smaller European club in order to get used to the rougher European environment.

One example is the Brazilian talent, Malcom. The highly touted Brazilian winger was linked with several top clubs last winter, but then made the surprise move to the French Ligue 1 club, Girondins Bordeaux in January 2016. I remember seeing Malcom at the 2016 Florida Cup and, at that point, it appeared that he would make a big money move to a major European club.

Now, however, he is playing regular minutes at a strong European league, although at a club that has been struggling a bit in recent seasons. But, in many ways, this is a perfect scenario for Malcom, as the 20-year-old still has plenty of time to develop into a top class player in a league that is known around Europe for developing top talent.

There are countless other examples of Brazilians who have ventured to Eastern Europe, Shakhtar Donetsk in particular comes to mind, to get used to playing in Europe first before making the move to a top club in Western Europe—Shakhtar alone has produced the likes of Fernandinho, Willian, Douglas Costa, just to name a few.

Perhaps at this point, a move to a club with a proven track record of developing Brazilian players would have been a better move for Gabriel. This brings me full circle to Gabriel Jesus who, without a doubt, looks like a fantastic talent. But will Manchester City provide the right environment for the talented Brazilian.

The criticism against Pep Guardiola has recently highlighted that patience is in great shortage in the English game, which, in many ways, has been one of the major reasons why the game in Britain, in spite of limitless funds, has greatly fallen behind the game on the continent. The power of the talking heads in England makes it almost impossible to develop a playing philosophy, let alone young talented players.

Gabriel Jesus, like Gabriel at Inter will, therefore, walk into a situation that might be less than ideal for a talent who needs time to develop his full potential.