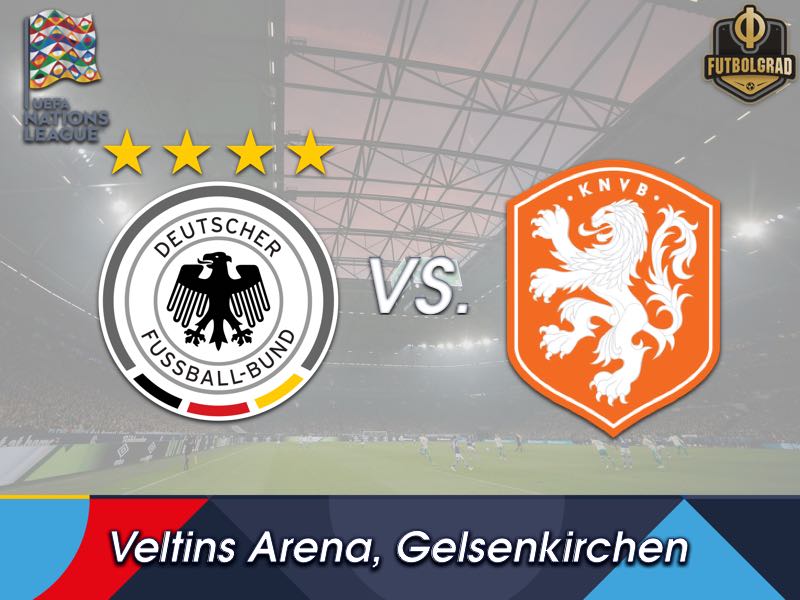 Germany vs Netherlands will take place in the Veltins-Arena. (Photo by Alex Grimm/Bongarts/Getty Images)

Germany have been relegated to the UEFA Nations League B capping off a horrible year in which die Nationalmannschaft also played their worst World Cup in history. Tipped as one of the favourites ahead of the World Cup Germany suffered defeats to Mexico and South Korea and failed to reach the elimination stage of a World Cup for the first time in history.

What followed were promises by Bundestrainer Joachim Löw that he would reform the team and finally integrate the many young players that showed success at the 2017 FIFA Confederations Cup and the 2017 U-21 European Championships. Those promises, however, were hollow when Germany started the group stage of the UEFA Nations League Group 1. In a respectable 0-0 draw against France Löw once again relied heavily on the backbone of a team that was to slow and sluggish at the World Cup.

Nonetheless, Germany should have won that game against France and perhaps that performance provided a false smokescreen because on matchday 2 Germany were dismantled by a brilliant Oranje side losing 3-0 in Amsterdam. Under pressure, Löw finally brought change and Germany played perhaps one of their best games of the year 2018 against France in Paris with a young and refreshing side that was somewhat unfortunate to lose 2-1.

Those changes, however, were too little too late to salvage a UEFA Nations League campaign that went off the rails rather quickly. On Thursday Germany were brilliant in the first 45 minutes in a friendly against Russia but then the following day had to watch as a sluggish France side lost 2-0 to the Netherlands relegating the die Nationalmannschaft to League B.

“Relegation doesn’t change anything about our approach to the game. It is a prestigious match. Furthermore, we want to continue our development and secure a good position for the Euro 2020 qualification draw,” Löw told the media on the weekend. “Perhaps it is important to touch the ground to truly begin the rebuild,” sporting director Oliver Bierhoff said. “Relegation means we are now starting at zero and shows the team that they have to take the qualification stage to the European Championship seriously,” Bierhoff added.

The bottom line, however, is that relegation was avoidable had Germany drawn conclusions from the World Cup more quickly. The game against Russia on Thursday once again highlighted the amount of talent that is still available in German football and that recent results were not a matter of quality but the tactical approach.

A tactical approach that the Netherlands showed in both matches against Germany and France at home. Against Germany, for example, Oranje made good use of their fast attacking players capitalizing from the few chances the team created against a Germany side that dominated the game for large parts of the match. The Netherlands, however, were quicker in transition and showed more creativity in the final third.

Like Mexico and South Korea at the World Cup, the Dutch quickly discovered that Germany’s movements were easy to decipher. Whether that will be the case on Monday will depend on Germany’s motivation. Despite being relegated Germany need a win to be seeded in one of the ten qualification groups for Euro 2020. Furthermore, die Nationalmannschaft and Löw need to win back public trust by showing that there will be real reform going forward.

Even with nothing to play for Germany will take this game very serious. Also, young players like Leroy Sané, Timo Werner, Serge Gnabry, Thilo Kehrer, Niklas Süle and Kai Havertz want to show that their time has come to take the reign from the 2014 World Cup heroes. With all this in mind expect Germany vs Netherlands to be a fascinating game in which Germany will do everything to take revenge for the result in October.

Germany vs Netherlands – Players to look out for:

Kai Havertz was among the best players on the pitch in Thursday’s 3-0 victory over Russia. The 19-year-old Bayer Leverkusen midfielder scored one assist when he played a perfect pass through the channel that found Serge Gnabry, who in turn easily beat Russia keeper Andrey Lunev. It was a perfect play from the back forward that encapsulate what Germany needs to be all about going forward. In fact, with Havertz Germany have a player that can quickly fill the void left by Mesut Özil. Like the Arsenal playmaker, Havertz can quickly decipher defensive backlines and play a killer pass through the channel. But as his six goals and five assists in 16 games for Bayer, this season highlight Havertz is also a player, who can go into the danger area himself and if necessary score the decisive goal. Still only 19 it is, therefore, no surprise that Havertz is now one of the most desired players on the transfer market and has already been linked with a move to Bayern. Havertz, however, has no exit clause in his contract and Bayer sporting director has already shut down any potential transfer for next summer. 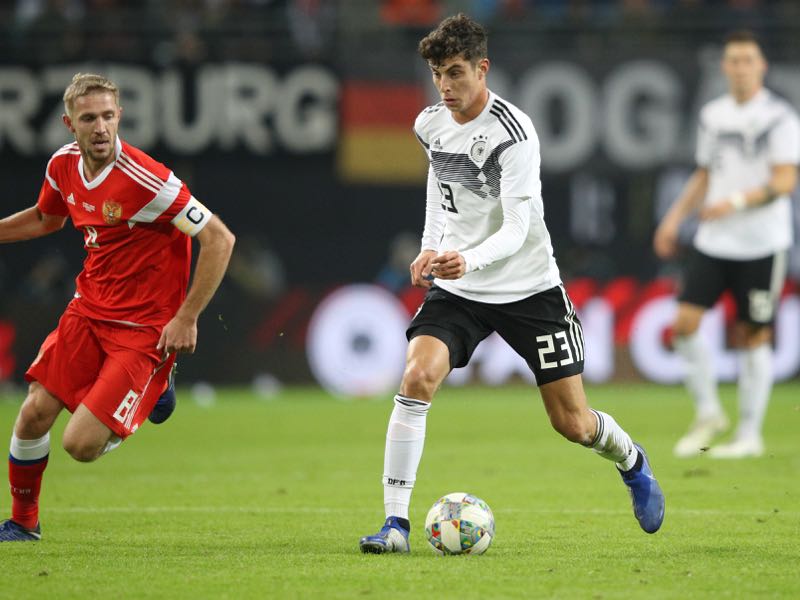 Memphis Depay has resurrected his career in France after struggling to make a mark at Manchester United. Playing for Olympique Lyon the 24-year-old has scored six goals and six assists in 17 games this season. Enough to convince Oranje bench boss Ronald Koeman to hand him the job as the number one striker up front. Although Depay has scored just eleven goals in 43 national team games he has been more efficient of late scoring seven goals in the last 11 national team games. 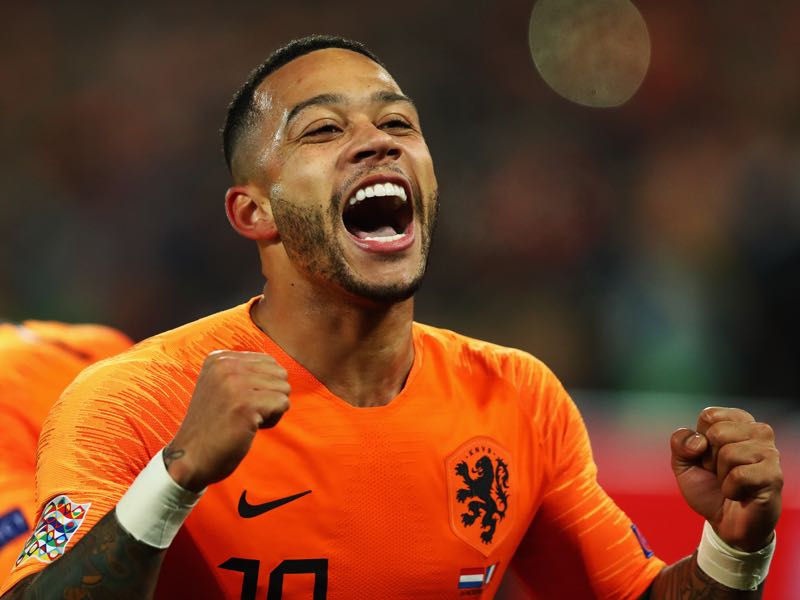