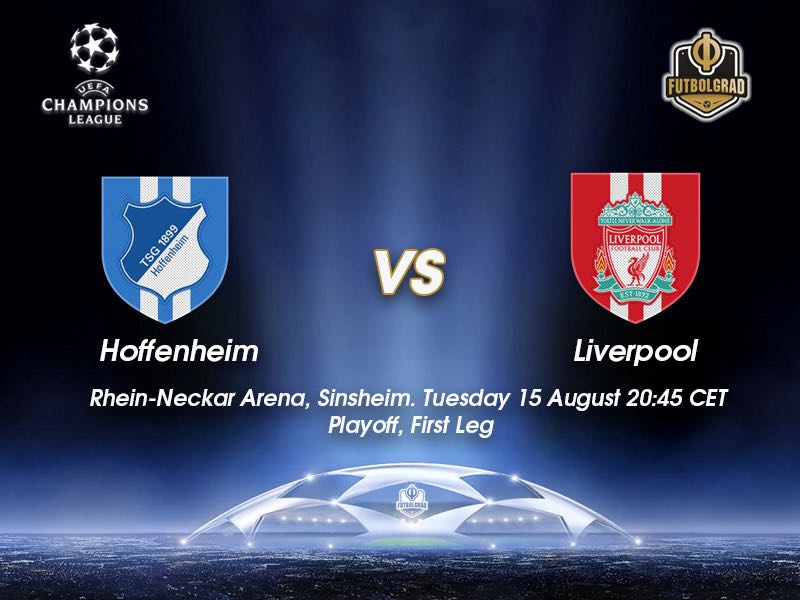 Hoffenheim vs Liverpool will take place at the Rhein-Neckar-Arena in Sinsheim. (Photo by Simon Hofmann/Bongarts/Getty Images)

Hoffenheim face Liverpool in — what is unquestionably — the tie of the round. A fixture which Nagelsmann described as ‘inevitable’ will see two of Germany’s best coaches go head to head as their club sides meet each other for the very first time in competition. Hoffenheim mark their European debut in UEFA’s pinnacle tournament, while their visitors have won the ultimate prize five times.

Hoffenheim come into this fixture as underdogs, if that wasn’t reason enough to be a little concerned they must face the 2106 Europa League finalists without having kicked a league ball. The Bundesliga season has yet to begin, a Pokal victory on the weekend — against third tier Rot-Weiß Erfurt — a minor step up from preseason action. The talismanic Nagelsmann would have wished for an easier start to 2017/18 than the visit of Jürgen Klopp’s Liverpool. The 30-year-old will have a full-strength squad to choose from, and unlike his opposite number, he has a very close-knit team. Nagelsmann has been making waves in the Bundesliga since his appointment 18 months ago – he is officially the youngest coach in Bundesliga history, but don’t let his age fool you! In a short space of time, he has displayed man management and tactical abilities way beyond his years. Shortly after the Champions League draw, he gave insight into his quick-thinking mind set “Liverpool are a phenomenal side, but I already have an idea how we can snatch a result”. Unbeaten at home in the league last season Hoffenheim only lost five times in total, their visitors will need to be fully focused – as Bundesliga champions Bayern Munich found out to their detriment in April.

Liverpool are back in the Champions League after a two-season absence, albeit with a new manager and bigger expectations. Since his arrival at Liverpool in September 2015, the Ex-Dortmund head coach has revitalised the entire club – from supporters to players. He will though, bring his side to Sinsheim under a current cloud. Frustrated in attempts to strengthen his squad, by Southampton and RB Leipzig, he now faces a disruption of the highest magnitude — star man Phillipe Coutinho handed in a transfer request on the eve of the Premier League kick off and is expected not to play a part in Tuesday’s fixture. If this wasn’t bad enough for Klopp, his weakened side let a 94th-minute goal in on Saturday against Watford, snatching a draw from the jowls of victory, not the best preparation for such an important fixture. Coutinho’s absence will leave a gap in creativity, made worse for Klopp as he is unable to call on Adam Lallana, the midfielder a victim of a preseason injury. Liverpool can take heart from their two recent trips to Germany. Firstly, a fixture against Hertha Berlin saw a rampant Liverpool run out 0:3 winners—a formidable display in the Allianz Arena saw the Reds dump Bayern Munich out of their own preseason tournament for the first time since its inception – again a 0:3 victory. Liverpool will be hoping their display back on German soil is more Audi Cup than Premier League.

Hoffenheim vs Liverpool – Players to look out for:

Gnabry makes his way to the Rhein-Neckar Arena via Bayern Munich. Moving from Wolfsburg to the Champions in the summer, Carlo Ancelotti immediately offered him out for a season long loan, and Nagelsmann was only too happy to snap up this young German star. Scoring 11 times in 27 Bundesliga appearances last season, the 22-year-old blasted away any questions left over from his time at Arsenal—operating on the left wing he likes to dribble at pace, if Liverpool’s right side give him the opportunity he is capable of cutting inside and unleash a devastating shot. His interplay with Kramaric and Wagner will also provide a threat, so whether on the left, or fluid through the middle, he will certainly be one to watch.

Firmino is no stranger to the Rhein-Neckar Arena, arriving in January 2011 from Brazilian side Tombense he spent four and half years in Sinsheim. In total, he played 151 games for achtzehn99, scoring 44 times and assisting a further 35. Since his move to Liverpool, he has evolved as a false nine — Klopp moving him to the centre of a front three. Saturday’s fixture at Watford saw the Brazilian score from the penalty spot then go on to assist new signing Mohamed Salah. Even if his team mates had an overall disappointing start to the season, Firmino came out flying. A flair player from a pure South American mould, expect the unexpected and exceptional ball control. 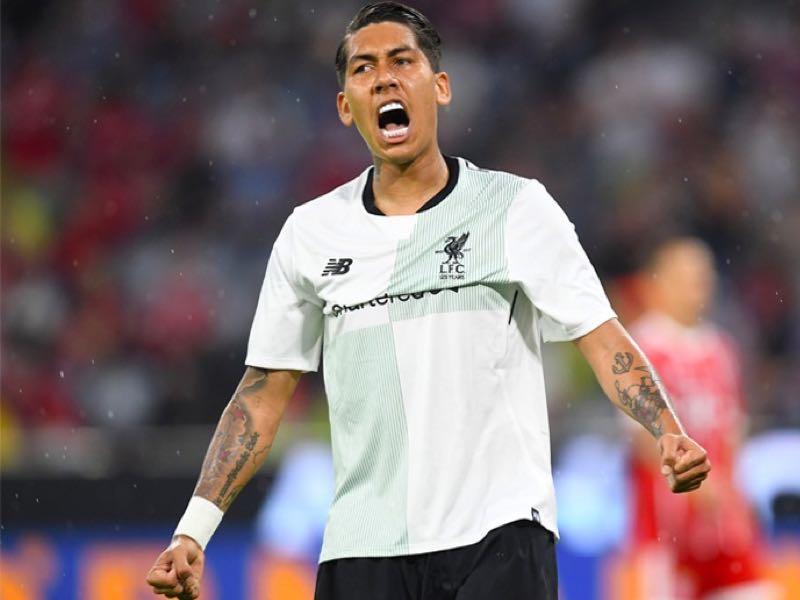