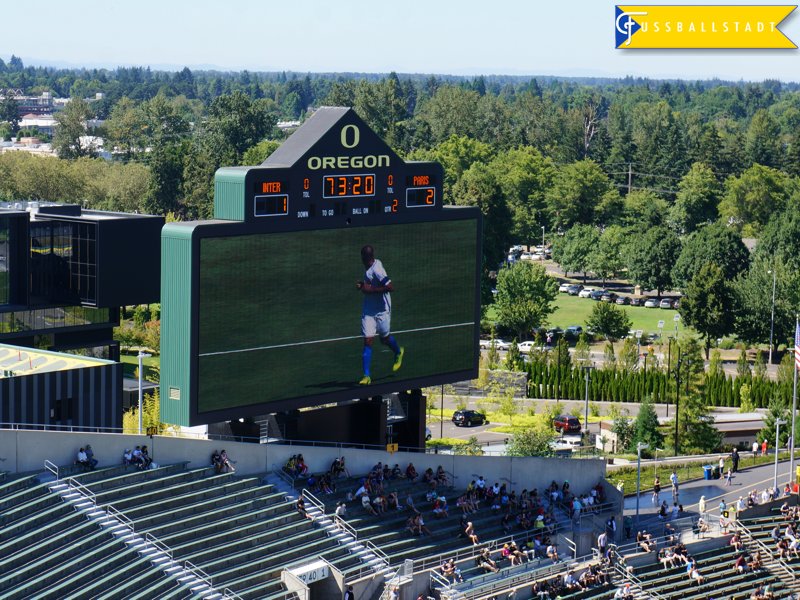 The sleepy university town of Eugene, Oregon seems an unlikely location for an international friendly between the Italian club FC Internationale from Milan, and the French team Paris Saint-Germain (PSG). Yet while Eugene is a hotbed for American Football, or gridiron, Portland, which is just located 110 miles north of Eugene, is a football, or soccer as it is called here, hotbed.

Furthermore, Nike, which has its headquarters outside of Portland, sponsors both clubs and indeed both clubs trained in Portland before travelling south to Eugene for the match. In this sense the Autzen Stadium in Eugene seems to be a logical stop for the International Champions Cup (more information on the tournament here).

The International Champions Cup is a Global Tournament

The International Champions Cup (ICC) is an international tournament played between some of Europe’s biggest teams and takes place in Europe, China, Australia, and the United States. Indeed the majority of the games are held in the USA—the FutbolgradNetwork (Futbolgrad.com, FutebolCidade.com, and FussballStadt.com) will cover the tournament extensively. 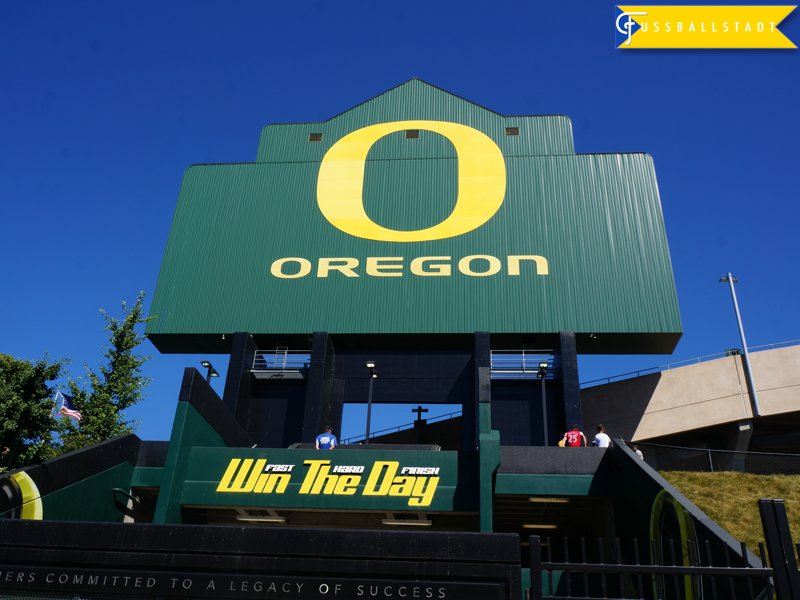 Yet for the Futbolgrad Network the trip to Eugene had obstacles, as we travelled to the match from Victoria BC in Canada. Arriving at the airport at 4:30 am I was informed that the flight to Seattle would be cancelled, jeopardizing the entire endeavour.

Fortunately after a long discussion with my airline I was able to fly to Eugene via Vancouver and Portland, and arrived in Eugene just in time to set up for the match at the University of Oregon’s Autzen Stadium.

Logistics is a Major Issue for European Clubs

Yet in some ways my trip down south reflected some of the logistical challenges of the European teams participating at the tournament. North America is a gigantic continent, and transportation between major city centres is often dependent on air travel. 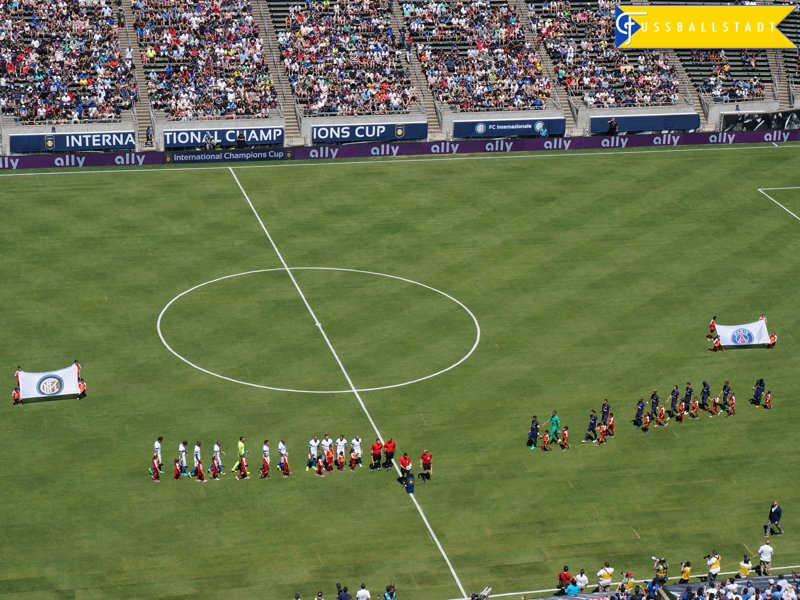 The opening ceremony of the Inter Milan vs Paris Saint-Germain

Even then a trip down the west coast from British Columbia to Oregon is a major undertaking, but is still dwarfed by the travel that some of the clubs will have to deal with at the International Champions Cup. PSG for example will play in Columbus, Ohio on July 27, whereas Inter Milan will travel to Charlotte, North Carolina to face Bayern Munich.

Yet clubs are willing to make these tours in the United States, and interrupt training schedules, and pre-season preparations, in order to get a foothold in the so called new football markets.

Furthermore, the coaches and players cherish the opportunity to play in the United States. Following the match in Eugene, Inter Milan coach Roberto Mancini told the press a “this is a fantastic experience we love playing here.” PSG coach Unai Emery also believes that the matches in the United States are a positive factor. “It is important to play in this tournament as it has a world wide impact, at the same time we need to test the team. Of course it is nice to be challenged by other top clubs from Europe.” 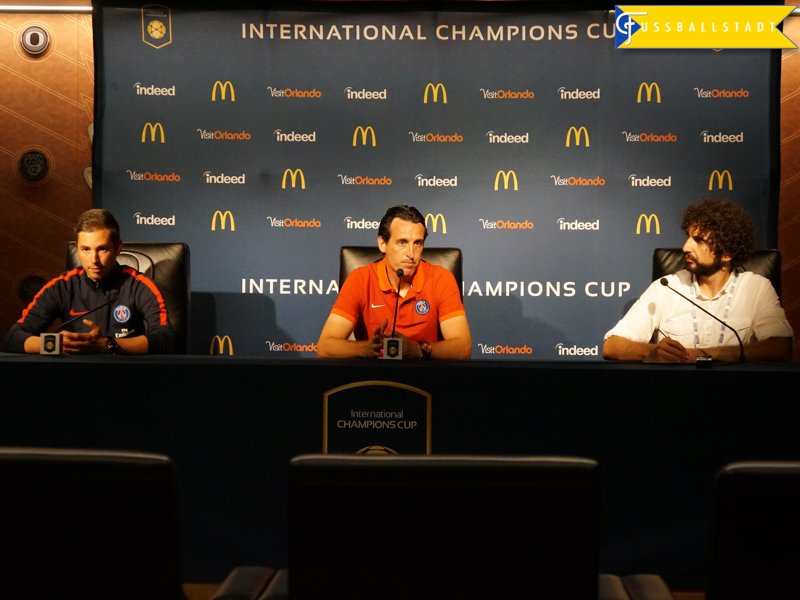 Yet Emery’s statement also reflects that the economic factors far outweigh the sporting factors. This is for example highlighted by Bayern Munich’s presence at the ICC, as the Bavarians have opted to rest the players that participated at the European Championships in France.

That is not to say that the Bavarian giants don’t take the marketing opportunity in the United States seriously, as Germany’s most successful club has opened an office in New York in order to show more presence in the US market.

They are not the only German club that has established itself overseas. As Bayern’s toughest league competitor Borussia Dortmund has focused on China where the club regularly participates in tours. This season the Schwarz-Gelben are taking part in the ICC’s Chinese competition, where they opened the tournament against Manchester United, which they easily discarded with a 4-1 victory, and will go on to play Manchester City on July 28.

Yet despite the fact that China is becoming an ever-bigger player on the football market, the tournament in China is still in its development stages, and clubs seem to prefer to travel to the United States instead.

The United States is Still the Major International Market for Football

Furthermore, despite the growth of Major League Soccer (MLS) in the United States, and Canada, many MLS supporters also support a European club—although some fan groups have criticized this practice, as they believe that is hurting the growth of the club game in North America.

The argument is that Americans enjoy the fact that the tournament offers the opportunity to see top class players live in some of Americas most iconic stadiums. The game in Eugene, however, shows that some of the American Football venues in smaller towns might be too large to host pre-season friendlies.

Despite a family friendly kick-off at 2pm, the 54,000 Autzen Stadium was only half-full, as the official attendance at the game was 24,147. On the way to the stadium the cab driver told me that the minor traffic jam around the stadium is nothing compared to what happens when the Ducks, the University of Oregon’s gridiron team, plays at the stadium.

Eugene is a Surprising Venue

Indeed with 24,147 in attendance the game could have also be played in Portland Timbers’ Providence Park, which holds around 22,000—as mentioned above both clubs were training in Portland anyways. 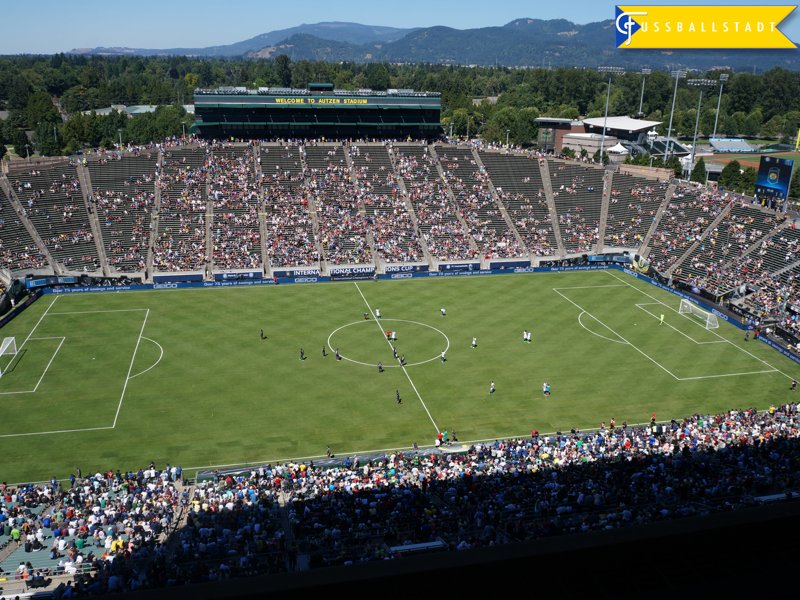 Eugene seemed to be poorly equipped in terms of public transport, as the many out of town fans were at a bit of a loss as to how to get to the city centre, or the airport, which is located a thirty minute drive outside of town. This is a common experience in the US, which has all the sporting facilities to host major tournaments, but lacks transportation infrastructure to get people to and from stadiums. I was lucky, as the taxi driver, who drove me to the stadium saw me on the side of the road and took me along to the airport despite already having customers—I guess the tip that paid him on the way to the stadium paid off.

I shared the taxi with a first generation Italian family, who flew to Eugene from Los Angeles. One of these Inter fans told me: “this is crazy we spend all day yesterday in planes just to watch Inter in the middle of nowhere.”

Indeed there were visibly many PSG shirts in the stand many, who wore the shirts of the famous Swedish striker Zlatan Ibrahimovic, who has since departed to Manchester United. The Inter fan cheekily stated “I wonder if they all going to become United supporters…”

This proves to be one of the biggest challenges for European clubs in the United States. Many fans in the United States are bandwagon fans, who happily switch their support to a more successful team for a better show. This means that for European clubs who want to be successful in North America football, they must develop a product that can be sold to customers—a nightmare scenario for Europeans, who often are born and bred into a club.

Yet both Inter and PSG ended up doing their job in terms of selling soccer as a product, as the match was extremely entertaining. In the 14th minute Serge Aurier made it 1:0 for PSG after Inter Milan goalkeeper Samir Handanović failed to secure the ball after a free kick, the rebound landed in front of Aurier’s feet, who then simply had to slot the ball home.

The Match was Good Advertisement for Football in America

Inter then equalized just before the break, after Stevan Jovetić converted a penalty—only the Mexican referee will know what the penalty was given for. But then in the second half PSG ran circles around Inter, as the French club scored again in the 60th minute after a wonderful free kick from Layvin Kurzawa. Then finally in the 87th minute Serge Aurier—he was later crowned as the man of the match—after a free header. 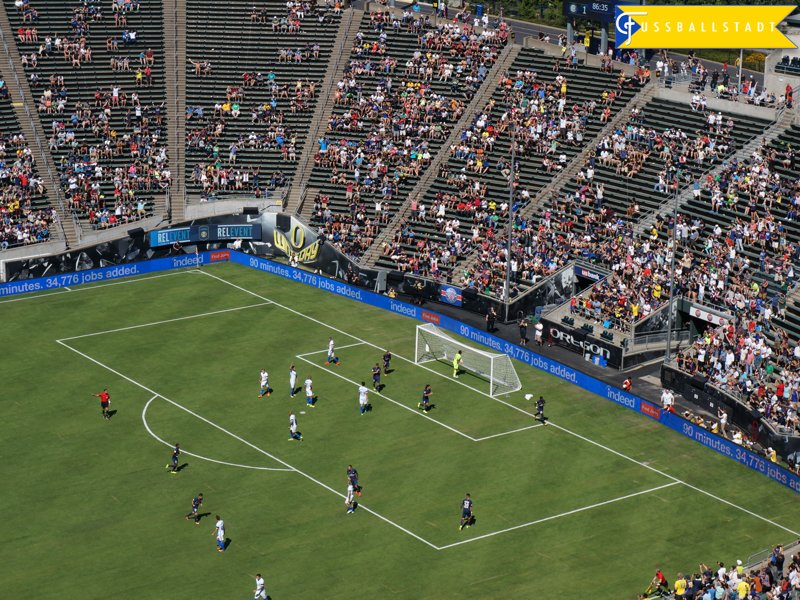 Aurier scores his second goal at the International Champions Cup

Yet both coaches stated that the match has little value in terms of evaluating the strengths of the teams before the season. For Emery the result was secondary, “as at this stage we are still looking to build a team.” Furthermore, the PSG manager believes that the match was just a stepping-stone for the Ligue 1 season: “We still have 15 days until the regular season. Olympique Lyon will be the more important game.”

Yet Emery still believes that this match was important for player fitness and positioning: “It is important to see, however, how the individual players are fitting into the squad. The system is not that important at this point. Of course we want to slowly change to 4-2-3-1, but right now we are focusing more on ball possession.” Mancini meanwhile stated that the “result meant nothing.”

Yet in some ways it did, as the four goals and the fast pace of the game was fantastic advertisement for the beautiful game in the United States. Hence, for both clubs the exercise of selling their product to a new market has been a successful one.