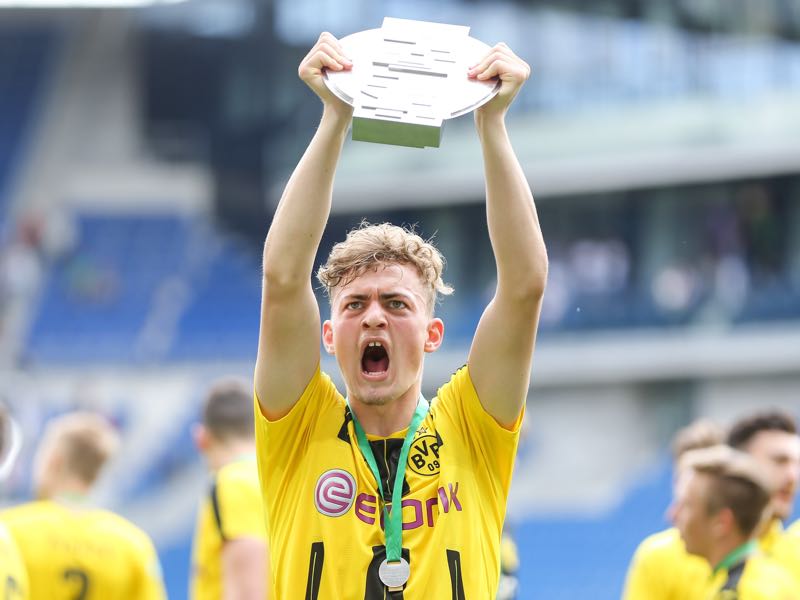 On Tuesday, Borussia Dortmund debuted the young Swedish striker, Alexander Isak, in the quarterfinal of the DFB Pokal. Signed during the winter break, the Swede has been the latest top talent to receive playing time by Thomas Tuchel this season. This move was another indication of the depth of talent that Borussia Dortmund has amassed this season, and makes it easy to forget that there are still more talents available in the youth ranks—talents such as Jacob Bruun Larsen.

Sporting director, Michael Zorc, visited the 18-year-old Bruun Larsen, who is currently in hospital recovering from a broken metatarsal injury, with a professional contract dated to July 2021 fresh off the printer. Zorc told the press that the club believes that Bruun Larsen could have a similar development as US national team player, Christian Pulisic.

The Futbolgrad Network first spotted Jacob Bruun Larsen in the semi-final of the U-19 German championship between 1860 München and Borussia Dortmund, which took place in Heimstetten last May. A gifted and powerful attacking winger, Bruun Larsen has scored 20 goals, and given 13 assists, in 17 U-19 Bundesliga games.

But Bruun Larsen is not just at home on the left-wing, where he played the majority of his games for the U-19 side this season, but can also play up front as a number nine or as an attacking midfielder, and can even play on the right wing. There have been suggestions that Bruun Larsen could even be converted to play as a wing-back similar to what Dortmund has done with Łukasz Piszczek, Erik Durm, and Marcel Schmelzer. 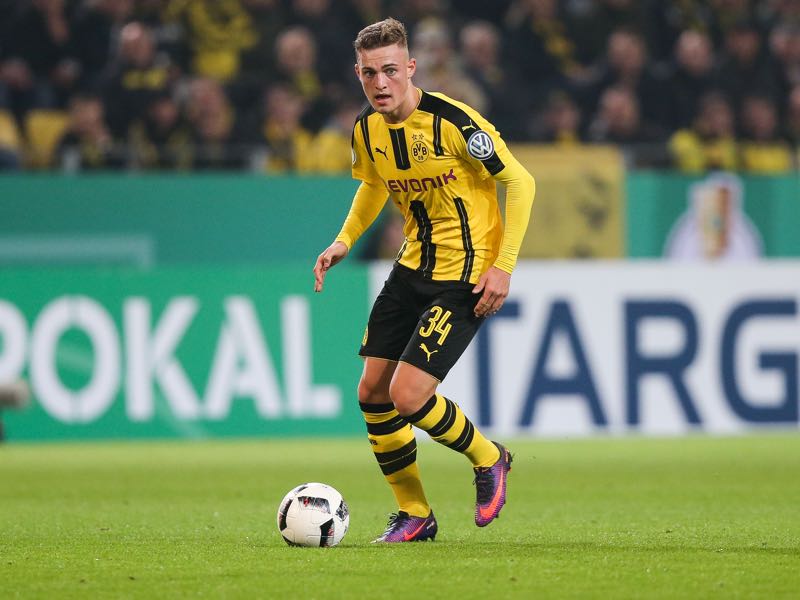 When taking a closer look at Jacob Bruun Larsen’s skill set, however, it is difficult to imagine that the Dane will take the same route as the above-mentioned wing-backs. His goal-scoring prowess would simply be squandered by moving him further back.

In his single appearance for Dortmund’s first team, in the second round against Union Berlin, Jacob Bruun Larsen demonstrated that he has the physical strength to make a real difference up front. His continuous run threated Berlin every time he moved forward.

These attributes were also evident when the Futbolgrad Network was in attendance in Borussia Dortmund’s U-19 semi-final against 1860. There, Jacob Bruun Larsen was a force, and one of the main reasons that Dortmund advanced to the final and later went on to win the competition against Hoffenheim.

What was missing, to some extent, was his finishing in front of the net in the playoffs of the German U-19 championship. This seems to be an area in which Bruun Larsen has improved this season. In fact, his goal-scoring prowess makes him one of the most interesting players in any youth academy in Germany.

With a brand new professional contract in his pocket, Bruun Larsen will likely join the first team after he has recovered from his injury, which will likely be in the summer break. For Dortmund, the addition of Bruun Larsen to the first team will provide another interesting U-19 option for a team that is deeply invested in international youth talent.