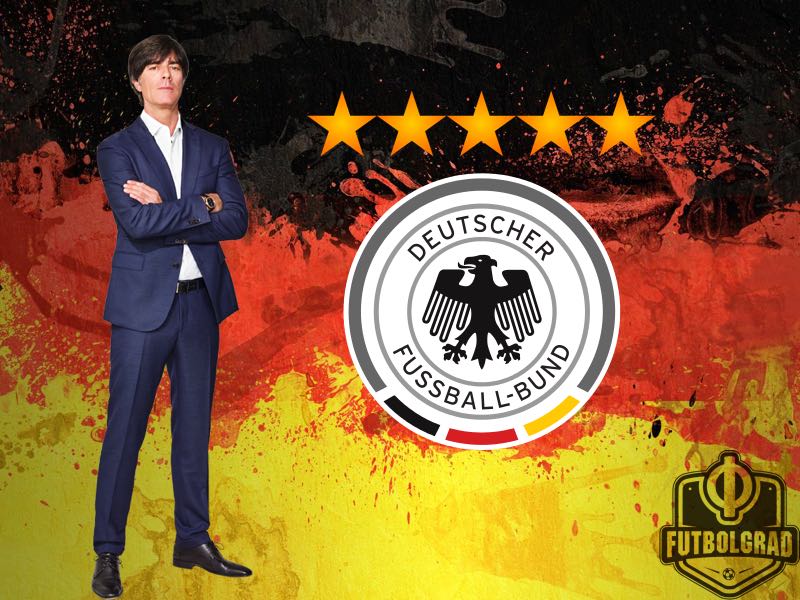 There is a sense of pride in German football at the moment. The U-21 national team won the UEFA U-21 European Championship, and the senior team reached the final of the FIFA Confederations Cup despite the fact that Joachim Löw has left out several top players.

Hence, the expectations were that Joachim Löw would arrive in Saint Petersburg with a sense of pride and satisfaction. But speaking to the press ahead of tomorrow’s final the Bundestrainer made clear that the success this summer is unimportant should die Mannschaft fail to win the title next summer.

Asked about the depth of the German national team at the moment Löw said: “It is great to have so many players available. But winning a U-21 title or a Confederations Cup is something unique than winning the World Cup. To win the World Cup, one needs top stars who can compete against the likes of Lionel Messi. The World Cup is a five to six-week tournament when one includes the training camp and can be decided by a single injury. 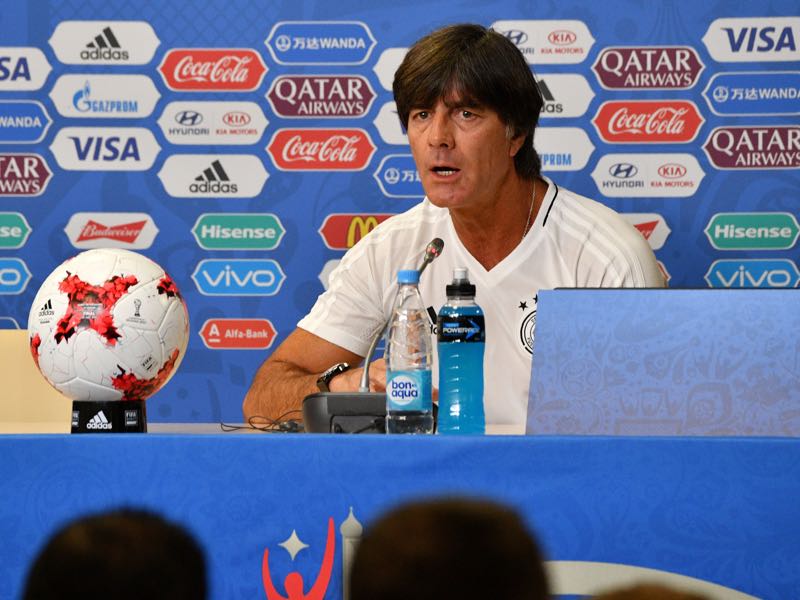 Joachim Löw at the press conference at the Krestovsky Stadium in Saint Petersburg. (MLADEN ANTONOV/AFP/Getty Images)

Löw further added: “The young players, who have played well this summer now need to show that they can make the next step and become world stars. Because once again our biggest goal is to win the World Cup.”

Only the World Cup Counts in Germany

Perhaps only Brazil defines itself as much through World Cup triumphs than Germany. All four victories have come at crucial crossroads in the history of the country. The Wunder von Bern in 1954 marked the return of Germany to the world stage after the war. The 1974 World Cup was one at a time when Germany finally came to terms with its past. The 1990 triumph came right after the fall of the Berlin Wall. Finally, the victory in Brazil in 2014 showcased a new, open and modern Germany to the world.

Hence, World Cup triumphs have almost become markers of modern German history and Joachim Löw wants to write history and win the fifth title for Germany. Der fünfte Stern (the fifth star) would be the first back-to-back triumph for Germany and further underline the success of the youth development system.

To reach the fifth star, Löw has prioritised the development of his team over immediate success. The European Championships in France, for example, were widely considered a transition tournament in which Germany was going to slowly replace the retired Philipp Lahm, Miroslav Klose and Per Mertesacker.

Now at the FIFA Confederations Cup Löw once again put the World Cup ahead of what many describe a pointless summer tournament. Fielding a highly talented, but inexperienced squad, Germany took this competition by storm. There were some raised eyebrows abroad questioning whether Löw took this tournament seriously. His selection may have told him that he did not, but in fact, he is taking this competition very seriously.

Joachim Löw is Only Focused on Winning the Fifth Star

After all the Confederations Cup allows Löw to test fringe players like Sandro Wagner, Lars Stindl, Sebastian Rudy and Shkodran Mustafi in a competitive climate. Furthermore, it allows him to blood young talented players like Amin Younes, Timo Werner, Leon Goretzka and Niklas Süle. Löw now has a clearer picture of all these players, and the players have the experience of what it is like to play a tournament in Russia. 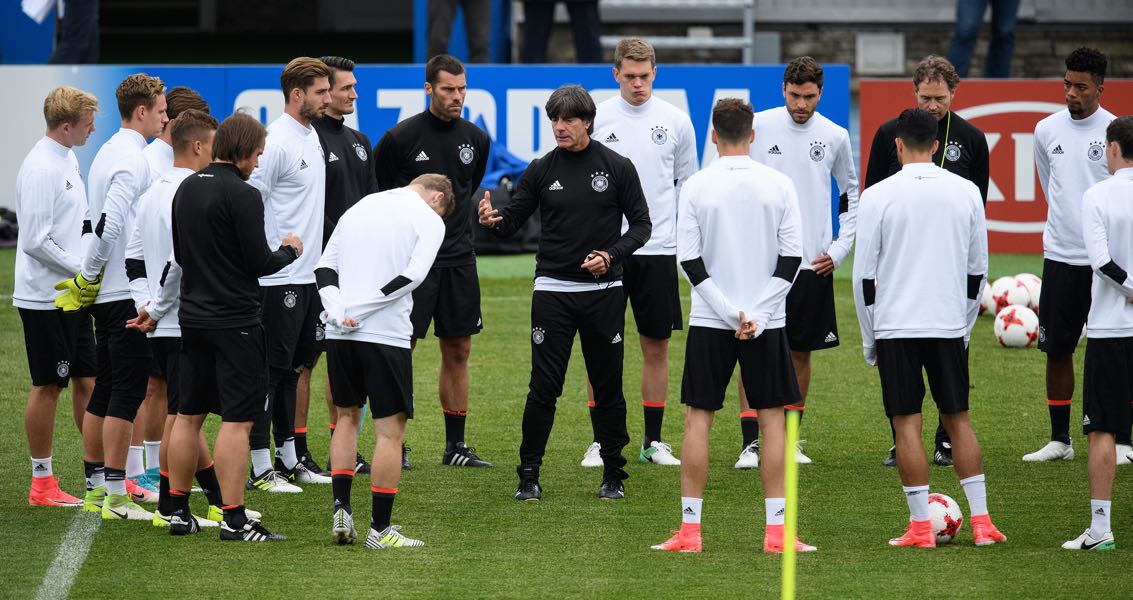 Joachim Löw has a pool of 50 players to chose from next summer. (Photo by Matthias Hangst/Bongarts/Getty Images)

Of course, it could be argued that it might have been good for the senior players to play this tournament to understand the environment in the Russian Federation. But many of the core players were with Germany at the 2014 World Cup in Brazil, which was perhaps even more challenging regarding travel and climate differences.

Finally, there is the aspect that this young and talented German side may have been motivated than a group of stars that had already won the World Cup three years ago. These players have to prove a point and as a result took every game seriously. Germany, after all, are in the final and have a good chance to add another title to the DFB’s collection.

Even if Germany does not win the title against Chile on Sunday Löw will have the pleasant task of selection 23 players next summer out of a pool of about 50 players. Löw might have been stern during the press conference on Saturday at the Krestovsky Arena, but even he should smile at the prospect of getting too narrow down the 23 best players, who can successfully represent Germany in Russia next summer.

It is a great task indeed. But there is also a catch because failing to win the fifth star at the Luzhniki in Moscow next summer will be viewed as a major disappointment.