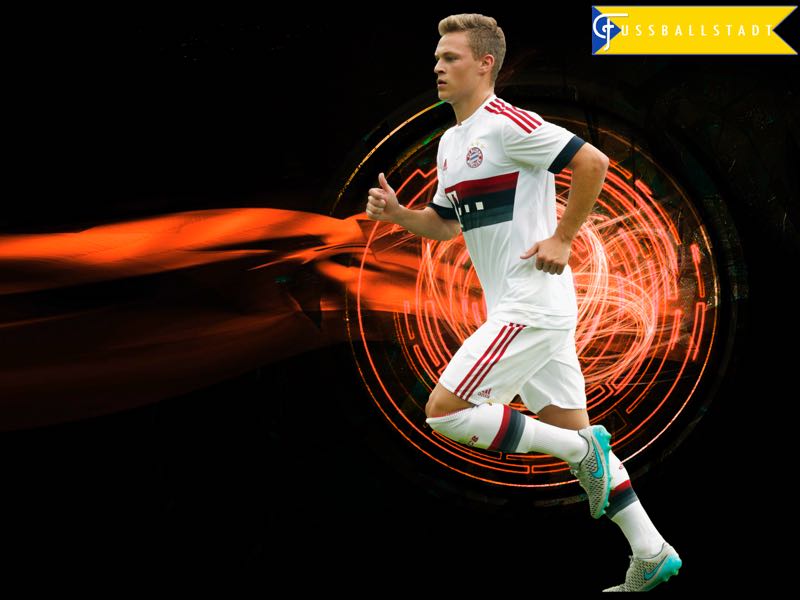 It has been another sensational season for Joshua Kimmich. The 21-year-old national team player was outstanding at the European Championships in France. Playing as a right-back, Kimmich finally seemed to be the solution to the gaping hole left by the national team retirement of Philipp Lahm.

A natural central midfielder, Joshua Kimmich has played several positions since joining Bayern München from VfB Stuttgart for €8.5 million in the summer of 2015. His move from the then Bundesliga 2 side, RB Leipzig, where he was out on loan from Stuttgart, to Bayern, initially raised some eyebrows. But Pep Guardiola quickly realized Kimmich’s versatility, and played the midfielder as a right-back, and even as a centre back last season.

Kimmich’s star emerged at the Euro 2016

Joshua Kimmich’s versatility was also one of the main reasons for his call up to the German national team for the European Championships in France. Bundestrainer Joachim Löw believed that Kimmich could fulfil several roles in the squad, and the 21-year-old surprised the world when he played a fantastic tournament as a right back.

This season, Bayern head coach Carlo Ancelotti has used Kimmich primarily as a playmaker, and Kimmich responded magnificently to the new position by scoring four goals in 13 Bundesliga games, and three goals in five Champions League games. As a result, Kimmich was ranked international class, and the fifth best offensive midfielder in the prestigious kicker Rangliste—he also made the ranking last summer but, at that time, as a centre back.

Since joining Bayern, Kimmich has featured for the club in seven different positions. He has played as a left-back, centre-back, right-back, defensive midfielder, central midfielder, offensive midfielder, and right-winger. His versatility has meant that, despite not being the number one man for any of those positions at the club, he has received ample playing time in all competitions, as Ancelotti likes to use Kimmich to replace injured personel.

In midfield, for example, Kimmich is the first replacement should Arturo Vidal or Xabi Alonso go down with injuries. He is also the backup for right-back Philipp Lahm, and in the backline can be used should Mats Hummels or Javi Martínez go down with injuries—third defender Jérôme Boateng will be out with an injury until March.

Kimmich: “I always want to be on the field”

Kimmich recently told kicker magazine, “As a young player, it is important to play several positions. I always want to be on the field, especially in the important games.”

With Xabi Alonso, and possibly Philipp Lahm, retiring at the end of the season, Kimmich’s importance in the squad will grow even more. In fact, there is no doubt that Joshua Kimmich will be one of the key players to ensure that there will be a smooth transition when the two key players leave the club.

Kimmich has always been adamant that, in the long-term, he would like to play in midfield. At the same time, he also realizes that his biggest chance for remaining a regular starter for die Nationalmannschaft is as a right-back and has stated, “For the national team I also enjoy playing as a right-back.”

With Alonso and Lahm gone in the near future, Kimmich, alongside the talented Portuguese midfielder, Renato Sanches, as well as the newly signed Niklas Süle and Sebastian Rudy, will certainly become a key component in Bayern’s squad of the future. In fact, Alonso and Lahm’s retirements will likely be just the first wave of a number of retirements for Bayern’s current generation.

Arjen Robben and Frank Ribéry have recently extended their contracts until 2018, and both wingers will be in their mid-30s when their contracts expire. It is expected, therefore, that these are the last contracts for the two wingers. By then, Kimmich will be 24, and the club expect him to be at the centre of the next successful Bayern München generation.