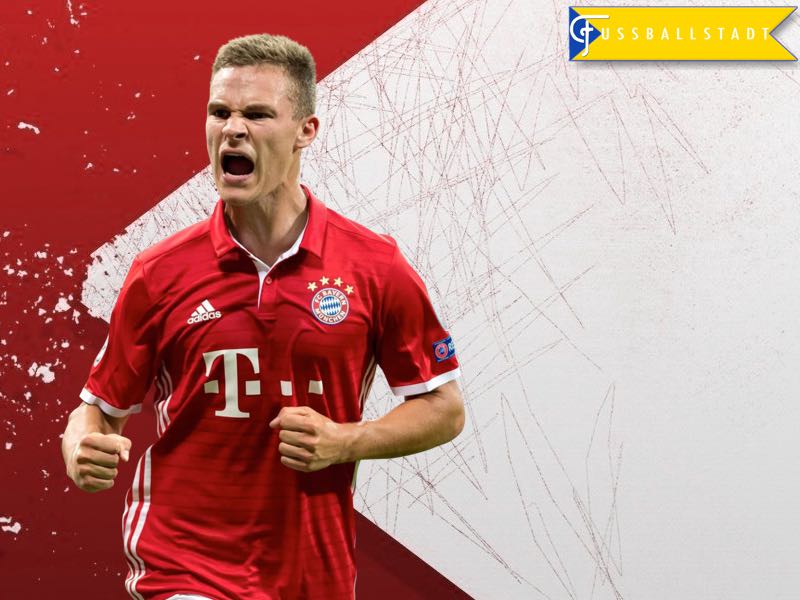 Just a few months ago the Futbolgrad Network highlighted Joshua Kimmich as the player, who could potentially replace Philipp Lahm, and Xabi Alonso at the end of the season. Bayern’s future was versatile was the headline of our post back in January.

Since then, however, Kimmich has struggled to receive playing time under Italian head coach Carlo Ancelotti. As a result, Kimmich has become increasingly disgruntled with his situation at the club. On March 11 after the game against Eintracht Frankfurt Kimmich told the media that his situation at Bayern was “unacceptable.”

Last season under head coach Pep Guardiola Joshua Kimmich was a constant member of Bayern’s starting eleven, and as a result was called up to represent Germany at the European Championships in France. Playing as a right-back, Joshua Kimmich impressed and was seen as the natural successor t the retired Lahm, who had retired from the national team following the World Cup in Brazil.

Joshua Kimmich wanted to make the next step

Kimmich, therefore, expected that he would receive more playing time under Ancelotti this season. Indeed on paper that was the case. With one more matchday to go Kimmich has already accumulated 1462 minutes in the Bundesliga this season, which is 40 minutes more than last season.

At the same time, however, Kimmich has seen his minutes diminish in the Champions League from 631 to 310. Kimmich also received the majority of his playing time at the beginning of the season when Ancelotti was still trying to find a starting eleven for his squad. In his 26 games, this season Kimmich started eleven from the bench and was brought off the field in six. 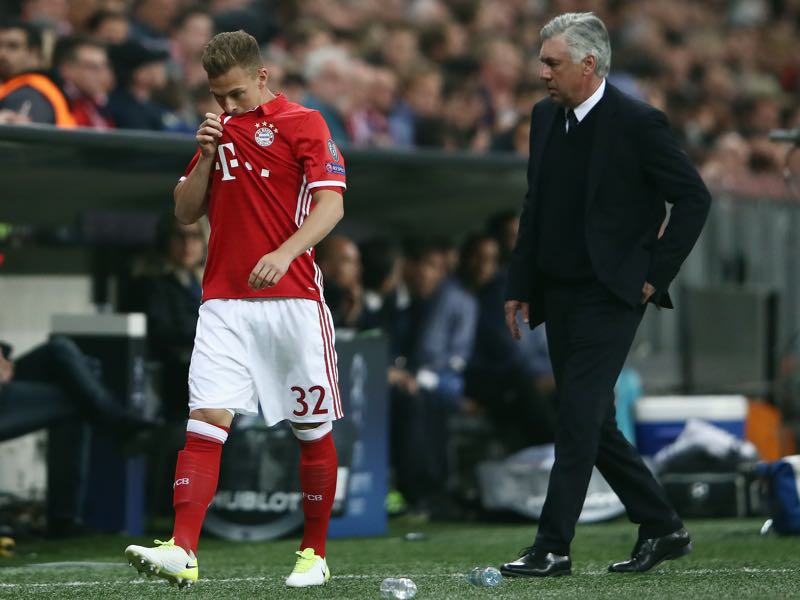 Carlo Ancelotti (r.) and Joshua Kimmich (l.) do not seem to agree on how to move forward together. (Photo by Alex Grimm/Bongarts/Getty Images)

Following the winter break, Kimmich was dropped from the starting eleven, and his numbers dropped. Hence, what appears like a season in which Kimmich was ready to make the step from a young talented player to a full first team member is now in retrospect understood to be a lost season.

The German magazine kicker, therefore, claimed that Kimmich’s agent has talked with Bayern’s management in order the evaluate Joshua Kimmich’s future at the club. Kimmich wants to have a clear perspective at the club otherwise he will leave. Possible destinations include FC Barcelona, Atlético Madrid, Manchester City, Manchester United, as well as his former club RB Leipzig.

Then on May 16 the Stuttgarter Zeitung wrote that Kimmich was going to exit the club, and move to either Manchester City, where his mentor Pep Guardiola is the manager, or re-join his former club RB Leipzig. The newspaper claimed that the relationship between Kimmich and Ancelotti was irreparable.

The news story quickly created a storm in Germany, and Bayern München handed out a press notice written by Rummenigge in which the club not only denied the story but also threatened legal actions against the paper. It was a strong statement by the Munich-based club, but given the laws protecting freedom of the press, the Stuttgart-based newspaper will likely have to worry very little about their story, and Bayern’s threatened legal actions.

Also where there is smoke, there is fire. After all the Stuttgarter Zeitung has not been the only newspaper reporting about Kimmich’s dissatisfaction at the club, and furthermore, it is an open secret that Pep Guardiola would like to see Kimmich in Manchester and that RB Leipzig want to bolster their squad ahead of the coming Champions League season.

Can Ancelotti guide Bayern to the future?

On top of that, it is also a fact that Kimmich, alongside the other Bayern talents Kingsley Coman, and Renato Sanches, has struggled under the Italian coach this season. Carlo Ancelotti seems to prefer experience to youth and has fielded Bayern’s oldest starting eleven in a decade on matchday 33.

Although Bayern won their fifth title in a row in the Bundesliga this season, this mentality could hurt the club. The Bavarians will lose Lahm, and Alonso after this season, and there is a big chance that Arjen Robben, as well as Frank Ribéry, could hang up their boots next season. Furthermore, results in the DFB Pokal and the Champions League indicate that Bayern may have been past their zenith.

Hence, the time is now to develop young players like Kimmich, Sanches, and Coman, to have a seamless transition to the future. The Kimmich Case, however, highlights that Ancelotti may not be the right man to move the club into that future.