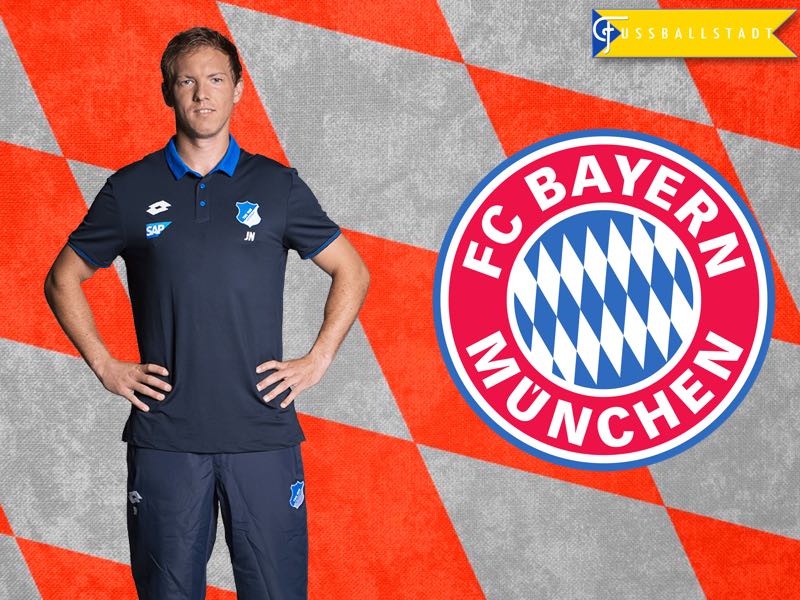 Julian Nagelsmann – The Tactical Prodigy who Could Reform Bayern München

For a brief moment, 1899 Hoffenheim head coach Julian Nagelsmann took centre stage during the DFB Pokal semi-final between Bayern München, and Borussia Dortmund. While Nagelsmann was likely just in attendance to scout Borussia Dortmund ahead of Hoffenheim’s matchday 32 clash with the yellow and black his appearance will likely fuel the rumour that he will join Bayern München in the future.

The most recent rumour has Nagelsmann join Bayern München following the 2017-18 season. Carlo Ancelotti in the meantime has been linked with Arsenal, and with Arsène Wenger reluctant to retire after this season will likely join Arsenal after having spent one more season with Bayern.

Rumor has Ancelotti join #Arsenal after the next season (2018-19). His replacement at #Bayern is likely going to be Julian Nagelsmann.

This rumour will be given further fuel after Carlo Ancelotti lost the key games against Real Madrid in the quarterfinal of the Champions League, and was eliminated by Borussia Dortmund in the semi-final of the DFB Pokal on Wednesday night.

Whether Ancelotti will join Arsenal remains to be seen, but it appears certain that Nagelsmann will take over Bayern in the future. Nagelsmann recently told the press: “fact is that I will be the head coach of Hoffenheim next year.” Realistically that would put the rumour to bed, but at the same time Nagelsmann emphasized “next year” in his statement, and was reluctant to mention anything about his future beyond next year.

Julian Nagelsmann – “I will be in Hoffenheim next season.”

That statement, of course, leaves room for interpretation. The fact is that Bayern München president Uli Hoeneß is a major fan of Julian Nagelsmann. Born just outside of Munich in Landsberg am Lech Nagelsmann played his youth football with Bayern’s city rival 1860 München. A cruciate ligament injury ended his career early, and Nagelsmann focused on becoming a coach instead.

Last season at the tender age of just 28 Nagelsmann became the youngest coach in Bundesliga history. With no experience at the senior level, Nagelsmann then steered Hoffenheim, who were on course to be relegated, to safety. This year Nagelsmann not only stabilized Hoffenheim in the league but managed to get the club into the top four of the Bundesliga.

With four matches to go this season, Hoffenheim still have a good chance to finish the season in the third spot, which would mean automatic qualification to the UEFA Champions League group stage. But even a more likely fourth place finish and a place in the Champions League qualification playoffs will be deemed a major success for Hoffenheim. Hoffenheim, in fact, have never qualified for European competition in their entire history.

It is, however, not just his age that makes him such a remarkable coach. Nagelsmann has built a reputation in Germany for his tactical understanding and his coaching routines. His goal is to overload his players with information during practice sessions because it will help his players to make instinctive decisions on matchday. This particular coaching method has paid dividends this season with his side seldom out of depth when facing adversary on the pitch.

Hoeneß does not want to repeat the Klopp mistake

With all this in mind, it is no surprise that Bayern have recognized Julian Nagelsmann as a potential future coach. Uli Hoeneß has been adamant that the next Bayern coach should be German, and should have the ability to not only integrate international stars but also once again produce youth players. Bayern have invested heavily in a new youth facility on the outskirts of the city. Hoeneß, who worked briefly as a youth coordinator at the club when he was given day leave from prison while he was serving time for tax evasion, has identified youth development as a core aspect of the organization going forward.

The lack of youth development has been in fact one of the biggest criticisms during the Pep Guardiola, and now Carlo Ancelotti era. Neither coach paid much interest in bringing up players from Bayern’s academy, which has developed the likes of Bastian Schweinsteiger, Philipp Lahm, Thomas Müller, Holger Badstuber, Thomas Müller, and Toni Kroos. 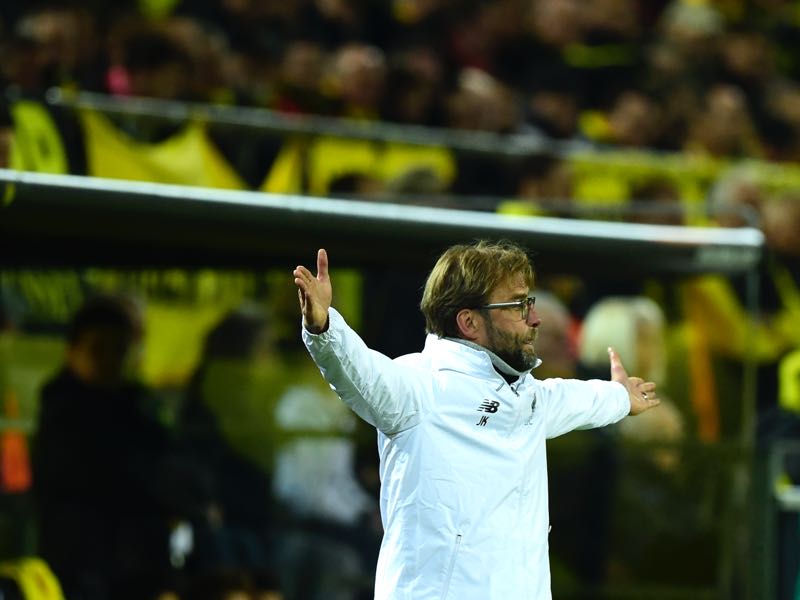 The lack of talent development is one aspect that has made Bayern’s management look towards bringing in a new coach. Julian Nagelsmann has shown at Hoffenheim that he can develop young players, and put them to the next level. Furthermore, his tactical approach and his preference for a 3-5-2 makes him a tactical more modern coach than Carlo Ancelotti, who prefers to play with a 4-2-3-1 or 4-3-3. With Bayern signing Niklas Süle and Sebastian Rudy this summer also points towards paving the way for Nagelsmann to join Bayern.

There is, however, another aspect. Hoeneß was a big fan of  Jürgen Klopp. The Bayern president wanted to sign Klopp in 2008 but was convinced by Karl-Heinz Rummenigge that Jürgen Klinsmann would be the better man for the job. Klinsmann’s time, however, turned out to be a disaster, and Bayern fired the former national team coach when he missed out on the German championship in 2009. Jürgen Klopp in the meantime turned Dortmund from a sleeping giant to a top European club and has since continued his career in England with Liverpool.

Hoeneß does not want to repeat the mistake Bayern made in 2008, and therefore want to secure Nagelsmann’s signature as early as possible. With Nagelsmann wanting to take Hoffenheim to the Champions League the earliest he would be available would be in the summer of 2018, and as rumour has it, both parties are eager to make the deal happen that summer.