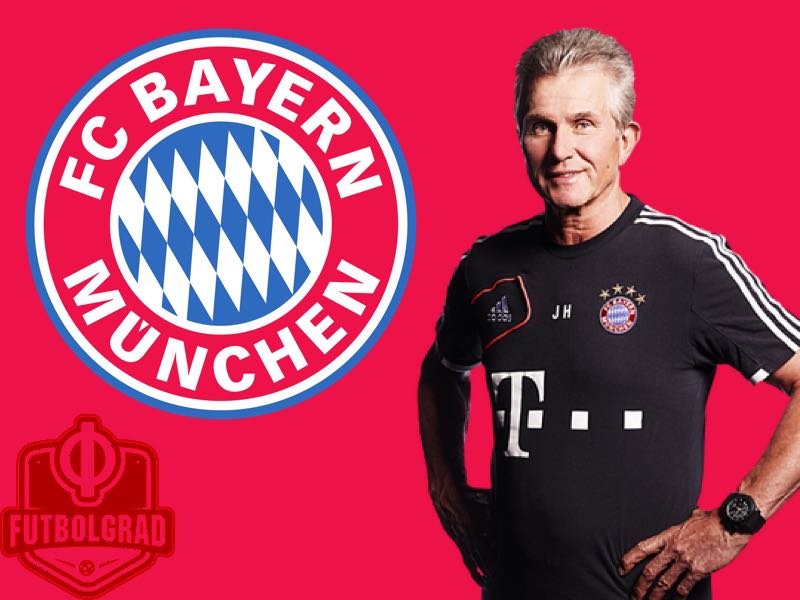 Thomas Tuchel, Luis Enrique, Louis Van Gaal and Julian Nagelsmann? All four were, or are candidates, to replace recently fired Bayern München head coach Carlo Ancelotti. On Wednesday night, however, it appeared that it will be Jupp Heynckes, who will take over at the Säbener Straße for now.

That was at least what kicker reported in its Thursday print issue. It would be Heynckes’ fourth stint with the club after coaching the club from 1987 to 1991, for a short period in 2009 and between 2011 and 2013. Under Heynckes Bayern have won three domestic championships, one DFB Pokal and the Champions League in 2013. The famous treble, which includes winning the cup, the championship and the Champions League all in the same year, defined Bayern’s latest golden generation. 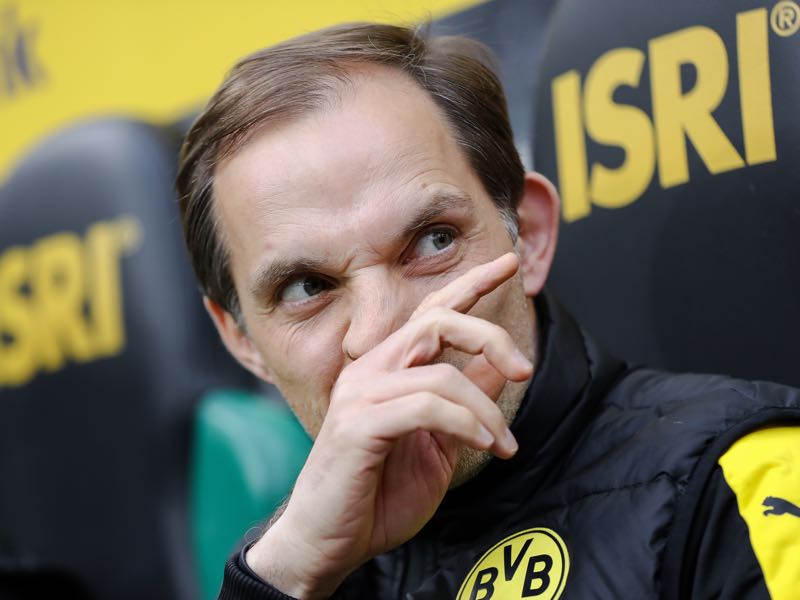 Former Borussia Dortmund head coach Thomas Tuchel was considered as one of the possible replacements. (Photo by Maja Hitij/Bongarts/Getty Images)

After Bayern’s treble in 2013 Bayern Pep Guardiola took over the side, and although tactically he managed to bring progress to Bayern the Catalan coach failed to deliver another Champions League title to Munich. Despite that Guardiola left a philosophy, playing style that genuinely defined der Rekordmeister and was now lost under Ancelotti. Fittingly enough though Guardiola now seemed to have voiced his approval over Bayern President Uli Hoeneß’s decision to sign Heynckes.

The two met for lunch on Tuesday and Hoeneß later told Die Abendzeitung that Bayern had made a decision and that Guardiola had approved “of Bayern’s new head coach”. At the time the quote was interpreted as a sign that Thomas Tuchel was ready to take over at the club. Guardiola and Tuchel are understood to have a close relationship and that Guardiola had even told the Bayern bosses that the former Borussia Dortmund head coach should succeed him at the club.

Tuchel Would Have Been the Perfect Candidate

Tuchel would undoubtedly be the perfect candidate to take over at Bayern if the club wants a return of Pep’s playing style. Furthermore, at his time at Borussia Dortmund, he showed that he has a strong playing philosophy that can define a team on the pitch. It is for that reason that Bayern CEO Karl-Heinz Rummenigge favoured, and still supports, signing Tuchel.

Hoeneß, however, had another candidate in mind. The Bayern President wants to bring in Hoffenheim head coach Julian Nagelsmann. Uli Hoeneß sees something of himself in the young head coach. Like Nagelsmann Hoeneß started his off-field career early taking over as the sporting director of Bayern München at the tender age of 27.

On top of that, there are some reservations within the Bayern squad about Tuchel potentially taking over in the coming days. Some at Bayern have expressed privately that Thomas Tuchel would want to phase out superstars Arjen Robben and Frank Ribéry. The end of the duo at Bayern was even subject in the talks between the two parties in the last few days.

While it has become evident that the time of both Robben and Ribéry at Bayern is coming to an end, the two still have significant power within the dressing room. Despite the fact that Bayern will face the inevitable at the end of the season with the pair—Tuchel arriving now seven games into the season with the apparent plan to bring an end to the two legends was therefore viewed as a potential time bomb that could further derail the campaign.

The two were also not the only players that opposed the potential arrival of Thomas Tuchel. Mats Hummels speaking to Sky UK on Wednesday admitted that he had given his thoughts on the Bayern potentially signing Tuchel. “Bayern talked to me and asked me something, I said my opinion,” he added. “But I don’t know if [former Dortmund boss Thomas Tuchel] is the most likely candidate for the job, or if there is one or two others. I have no idea.”

Tuchel and Hummels were not always friends at Borussia Dortmund, and some have even suggested that the former BVB boss was one of the reasons why Hummels ultimately returned to Bayern München. Hence, with some key players voicing significant reservations and with Bayern’s management in a split opinion, the talks have come to a halt for now.

Heynckes and Then Nagelsmann?

As a result, it now appears that Bayern will now represent an interims solution until the end of the season in the form of Heynckes. An experienced coach Heynckes should be capable of steadying the ship without stabilising the squad until next summer when Bayern must make significant changes to not fall behind internationally.

Only an innovative coach like Nagelsmann, who is not afraid to rock the boat, seems capable of bringing a fresh wind to this ageing side. Back in April the Futbolgrad Network already reported that Julian Nagelsmann was the likely candidate to take over from Ancelotti at the end of the season. Bayern are still keen on the Hoffenheim bench boss but will encounter massive resistance from SAP founder, billionaire and Hoffenheim owner Dietmar Hopp.

Julian Nagelsmann could take over from Heynckes next summer. (THOMAS KIENZLE/AFP/Getty Images)

Hopp has already explained on several occasions that Nagelsmann, who is under contract until 2021, will not be made available for a move now, or in the summer. Hopp, however, has also explained that Nagelsmann is the club’s most important asset. At the same time, Hopp realises that Hoffenheim will not be able to hang on to the coach forever.

“To keep such an extraordinary coach at a small club is impossible. I have no illusions about that. It is just as impossible as it was keeping Niklas Süle, Roberto Firmino or Kevin Volland.” Hoffenheim’s categorical know within the season, therefore, could change at the end of the year. It would be an expected, but also spectacular transfer, as Hoffenheim will not want to let their coach go for free, which could make Nagelsmann the most expensive coaching transfer in history.

All of that is for the future, however. The present appears to be Jupp Heynckes, who will have the difficult task to steer the club into less troubled waters. Experience shows that Heynckes is the right man to stabilise a club like Bayern. The present, however, shows massive shortcomings and an ageing squad that might be beyond salvation this season.