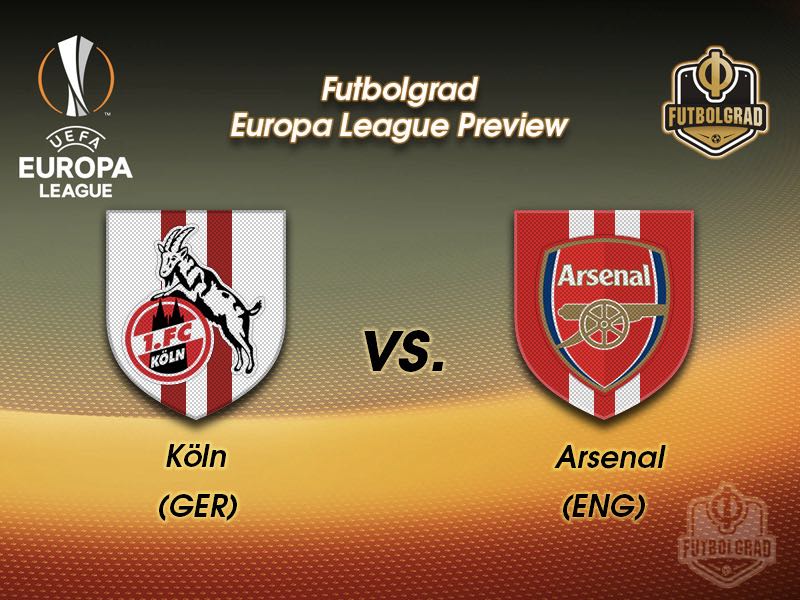 Köln vs Arsenal will take place at the RheinEnergieArena in Cologne. (Photo by Mika Volkmann/Bongarts/Getty Images)

Being an Arsenal fan is gruelling. If the players aren’t phoning in performances, they’re either surrendering a lead with a cheap goal or being bullied by their rivals.

Which is why, then, Saturday’s 2-0 triumph over Tottenham felt so cathartic. There was something raw and muscular about the way the hosts overran their rivals, upsetting the narrative that had dominated the fixture all week.

Spurs, commentators said, were on the brink of a new hegemony in North London. Arsenal and Arsène Wenger were the dinosaurs, clutching their pearls in horror at the emergence of their antsy little brother.

Goals from Shkodran Mustafi and Alexis Sánchez have quietened those complaints now, with Arsenal preceding their usual November collapse to recover a semblance of winning form.

A clue as to the club’s broader malaise can be found, however, in the circumstances of Saturday’s goalscorers. Had they been given a choice, both players would have departed the club in the Summer. Sánchez’s grumblings have been well-documented, but Mustafi also pined for a transfer during the close-season, shunted to the sidelines after an uneven debut year.

The pressure remains off for now though, with a trip to the RheinEnergieStadion offering a chance for the B Team to stake another claim for selection. Jack Wilshere, Olivier Giroud and Theo Walcott will all vacate their places on the substitutes bench, with Mesut Özil given a well-deserved rest following his heroics at the weekend. After impressing in the dour goalless draw with Red Star, Matt Macey should also be given a recall, with Ainsley Maitland-Niles and Reiss Nelson summoned to the flanks. Joe Willock completes the trilogy of young talents in midfield.

As Arsenal’s season recovers, their opponents’ sinks further into the abyss. Köln have just two points from 12 Bundesliga games, with CEO Alexander Wehrle admitting that 16th place is the best they can hope for. Peter Stöger has been granted two games to save his job, but the 51-year-old hasn’t been helped by the abject performances of his players.

Yuya Osako leads the European scoring charts with a meagre two strikes, with Leanardo Bittencourt offering the same paltry number in assists. With just one win from their four games so far, Köln are rock bottom, while their ongoing injury crisis – which sees Jonas Hector and Marco Höger remain on the sidelines – only exacerbates their troubles.

Köln vs Arsenal – Players to look out for:

It speaks volumes about Köln’s misfortunes that Fredrik Sørensen is tied with Jhon Córdoba near the top scoring charts. Sørensen, however, is more of a liability than a danger at the other end, having already received five yellow cards in the league. Arsenal will be looking for Olivier Giroud to dominate the 25-year-old, providing knockdowns for speed merchants Theo Walcott and Reiss Nelson. Get Sørensen on his own, and Köln are in trouble. 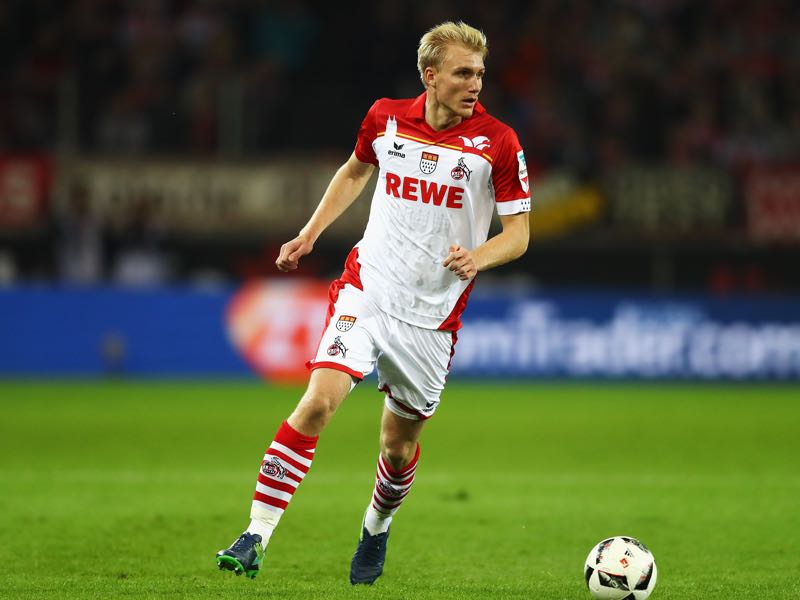 Olivier Giroud is more than a magnificent beard. He’s also one of the best centre-forwards in the Premier League, with the strength to hold up the ball and a sumptuous left foot to match. When given a chance, the Frenchman has invariably impressed this year and is a million miles from the man who joined the club from Montpellier back in 2012. Expect him to be dominant on Thursday night. 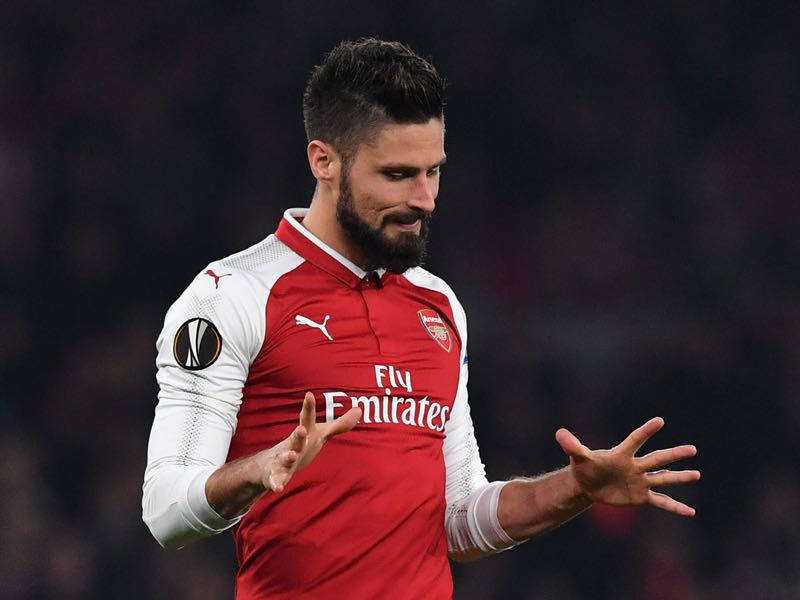 Olivier Giroud will be Arsenal’s key player in the match against Köln. (BEN STANSALL/AFP/Getty Images)