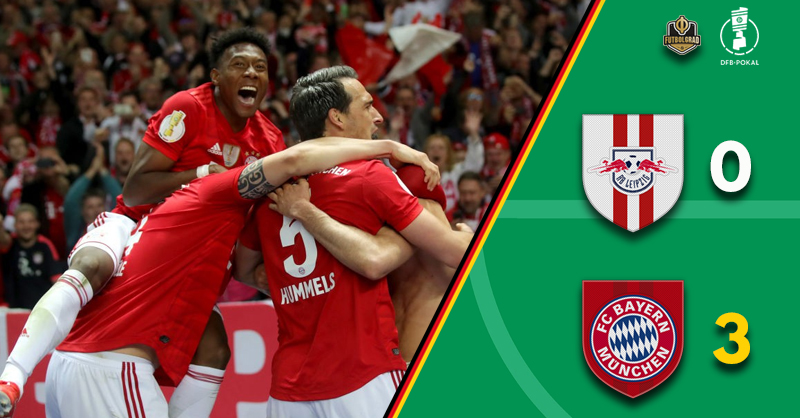 Just three minutes were played when Bayern had their first chance. Serge Gnabry’s shot inside the box, however, missed the target. But that chance set the scene for an energetic start to the match.

On the other end of Yussuf Poulsen hit tested Manuel Neuer with a thundering header in the 10th minute. Neuer managed to tip the ball on the crossbar from where Bayern could clear the situation.

“I want to congratulate Manuel Neuer, he was excellent,” Bayern head coach Niko Kovac said after the game. “Everybody knows, who Manuel Neuer is, but we have to score those kinds of chances,” RB Leipzig head coach Ralf Rangnick said.

In the 18th minute, Tyler Adams played a fantastic pass to Poulsen, the Dane was through but saw his shot blocked at the last moment. “We had a good 25 to 30 minutes, and perhaps we should have scored a goal or two in that stretch but missed out,” Marcel Halstenberg said after the game.

“RB Leipzig pressed high and did a very good job, but we managed to turn the tide slowly,” Kovac said.

Then in the 25th minute, Thomas Müller was given a big opportunity to score when Leipzig’s defence needlessly lost the ball in the middle third. The striker had only Peter Gulacsi to beat but ultimately lacked the speed to outrun Konaté.

Not that it mattered much because in the 28th minute Bayern would score! David Alaba was given to much room on the left to cross the ball to the centre where Lewandowski was allowed to much space by Willi Orban to open the scoring.

It was a goal against the run of play. RB Leipzig were pressing for the first 25 minutes, but two defensive errors ended up giving Bayern the confidence and eventually the lead. What was telling, until the goal Bayern managed to complete just 74% of their passes, then after the goal that percentage shot up to 84%.

In fact, Bayern should have ended it before halftime.

In the 41st minute, Mats Hummels played a sensational pass to Coman, the forward curved around Gulacsi but Konaté stormed back and managed to clear the ball off the line with his head. Bayern were now in full control and in the 45th Hummels missed the goal inside the six-yard cross.

Within three minutes of the second half, Leipzig almost equalised. A long ball found Emil Forsberg with plenty of space; the striker went one-v-one with Manuel Neuer, the Bayern keeper, however, stood tall to deny Leipzig the equaliser. Then in the 56th minute, Forsberg once again appeared to be through but saw his shot blocked by Niklas Süle before it crossed the line.

At this stage, it was back and forth. “When you have four major chances, but you fail to score a goal then it is difficult to beat Bayern,” Ralf Rangnick said. “We will be disappointed for some time because we had plenty of chances to win this game,” Rangnick added.

“You have to put away your away opportunities,” CEO Oliver Mintzlaff said after the game.

That was certainly the case, but Bayern were the better team after the first goal and also produced more goalscoring opportunities. If

Thiago (46′), Serge Gnabry (55′) and Coman (56′) fail to beat Gulacsi. Then in the 62nd minute first Hummels saw his shot from 18-yards stopped by Gulacsi, and then Thiago failed to hit the target with a header from a few yards out, finally in the 68th minute Lewandowski missed a free header.

Then Kingsley Coman decided the final with an unbelievable goal. The Frenchman received a medium-high ball inside the box and with a fantastic touch created time and space to hit home the winner.

Bayern, however, were not done there. In the 86th minute, Lewandowski broke away after a fantastic pass by Joshua Kimmich and easily beat Gulacsi for his second goal of the game.

It was a glorious end to the game for Bayern and the final nail in the coffin for a hard fighting RB Leipzig side. “Some of us had tears in their eyes,” Mintzlaff said. “It would have been something great for our club to win the first ever final, but it wasn’t meant to be at the same time we can be proud of what we achieved.”

Kingsley Coman was the man of the match. The Frenchman not only scored the second goal but also created the space for David Alaba ahead of Robert Lewandowski’s opening goal. The winger also had further chances to score and was unplayable throughout the 90 minutes. 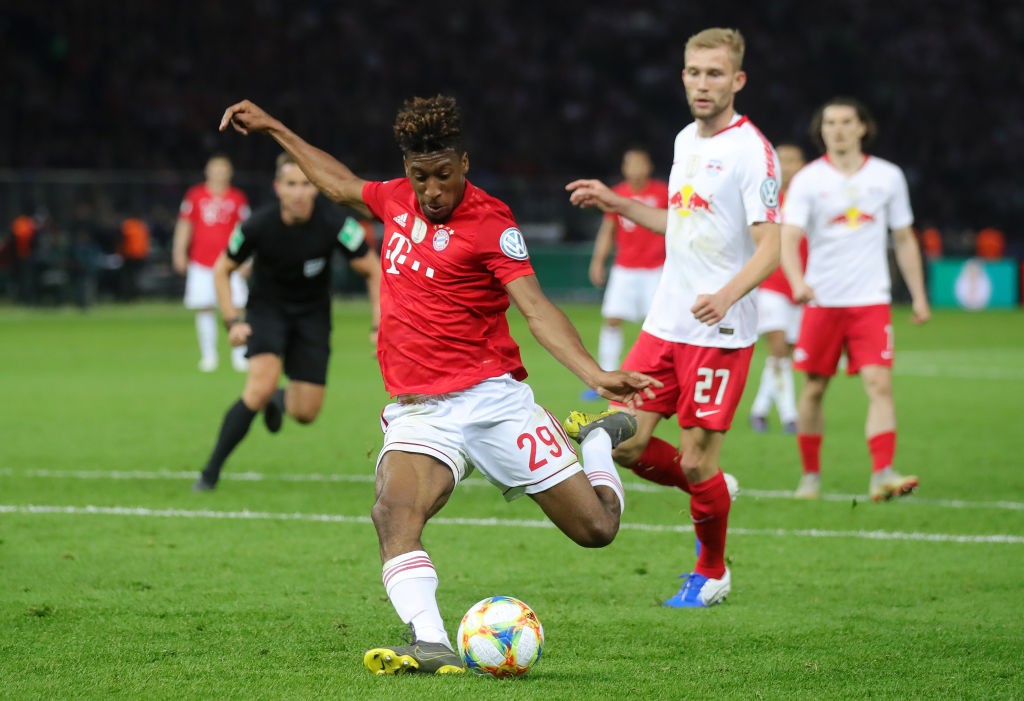 Niko Kovac has silenced the doubters. The Berlin-born Croatian head coach managed to defend the Pokal after winning it with Eintracht Frankfurt and after a difficult start to his Bayern career has now won an unlikely double. “I am happy that on top of the German championship we have also won the DFB Pokal,” Kovac said after the game. The Croatian has become the first head coach since Felix Magath to defend the DFB Pokal. With this in mind, it will be very unlikely for Bayern’s bosses to replace Kovac in the summer.