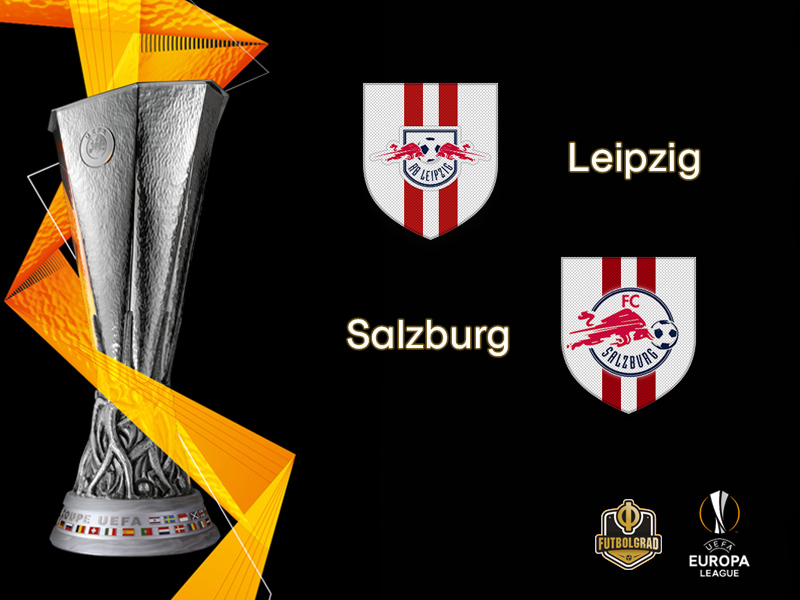 Leipzig vs Salzburg – Welcome to the first ever Red Bull Derby

Leipzig vs Salzburg will take place at the Red Bull Arena in Leipzig. (Photo by Boris Streubel/Bongarts/Getty Images)

It is almost like a foretold prophecy. Red Bull’s construct of sponsoring/owning several clubs around the globe has come under heavy criticism ever since the company expanded into Germany. What would happen if both clubs make it into European football? It took years for that scenario to become a reality, however.

Red Bull’s investment in Leipzig began in 2009 four years after the company bought Austria Salzburg in Austria. It took, however, until 2016 for Leipzig to reach Germany’s top flight – at that point, there were doubts whether both RB Leipzig and Red Bull Salzburg could be registered for the Champions League. At that point, however, Red Bull’s officials likely believed that they still had time as it would take time for RB Leipzig to reach qualification for a UEFA competition.

That season, however, Leipzig stormed to the very top of the table and for some time even challenged Bayern for the title. In the end, the club finished second, and Red Bull had a scenario where both Salzburg and Leipzig had qualified for UEFA competitions. What followed were difficult negotiations with UEFA and a disentanglement process between Red Bull and Salzburg. Led by RB Leipzig CEO Oliver Mitzlaff, who at the time was director of operations at both club, Red Bull was able to convince UEFA that both clubs are independent entities.

Formally, Red Bull gave up ownership of Red Bull Salzburg, and the club now operates as FC Salzburg for European competitions. Sporting director Ralf Rangnick and Mitzlaff also gave up their positions in Salzburg and are now only in charge in Leipzig. Nowadays, Red Bull is just the primary sponsor at the club in Salzburg.

Meanwhile, in Leipzig Red Bull is officially not the owner of the club but, in accordance with Germany’s 50+1 regulation, the club, with its 17 members, who are all functionaries working for Red Bull, holds 51% of the voting power of the RasenBallsport Leipzig Limited Liability Company that operates the football operations of the club. At the same time, 99% of the shares of the LLC are owned by Red Bull.

It is a complicated formula that allows RB Leipzig to operate within the rules of Bundesliga licencing and at the same time gives full control of the club to Red Bull. Another side effect is that the actual club is not owned by Red Bull, which on paper also helped with UEFA licencing.

The bottom line is that UEFA handed out a licence to both clubs in the summer of 2017 acknowledging that on paper the two clubs are no longer connected. In reality, however, the Red Bull clubs, which also includes New York Red Bulls and two academies (in Brazil and Ghana) remain very much connected. This summer, for example, RBNY head coach Jessie Marsch made the move from New York to Leipzig to support Ralf Rangnick during his interims period as the head coach of the club – Julian Nagelsmann will take over next summer. It is also understood that Tyler Adams will move from New York to Leipzig this winter and rumours also connect Salzburg Amadou Haidara with a move to Leipzig.

With all this is in mind, it is understandable why some fans see the matches between the two clubs critical. Will Red Bull favour one club over the other? Red Bull owner Dieter Mateschitz has heavily denied that there will be any problems with integrity. “The clubs were once closely connected, but that is no longer the case,” Mintzlaff explains.

The controversy aside on the pitch this will be a fascinating game between two clubs with an almost identical philosophy. RB Leipzig head coach Ralf Rangnick and FC Salzburg head coach Marco Rose like to play quick transition football. Both teams also have plenty of players that can play several positions, and both clubs like to play physical attacking football. Fast aggressive and attractive is after all the Red Bull philosophy.

Football traditionalists will likely not tune into this one. But truth be told it might be one of the most attractive games to watch on Thursday. With two teams playing open and attacking minded football as well as a Salzburg side that reached the semifinal last season with some of the most exciting prospects in Europe this will be one for both scouts and fans that do not care about this game being played in the name of the can. As for the result, expect plenty of goals and a result in which Salzburg may surprise a few people.

Leipzig vs Salzburg – Players to look out for:

Timo Werner finally scored on the weekend. The 22-year-old has not scored in a competitive game since last May and his first goal against Hannover on the weekend seemingly took a weight off his shoulders. Following that goal, Werner seemed like a different player and the striker added another goal to help Leipzig overcome Hannover in a 3-2 victory. That performance will give the striker some much-needed confidence when Leipzig open the Europa League season against their sister club Salzburg.

Munas Dabbur was perhaps one of the most distraught players on the pitch following FC Salzburg’s latest failed attempt to reach the Champions League. The score 2-2 at the Stadion Salzburg his side needed a goal to get through, and with just minutes left in the game, Dabbur was left wide open inside the box all he had to do was to get the ball across the line. But he failed to connect with the shot, and the chance was gone. It was misery all around. For Dabbur it means another year in the Europa League, but the striker showed last season that he can quickly snap out of adversity and the 26-year-old has already scored four goals and two assists seven Austrian Bundesliga games.