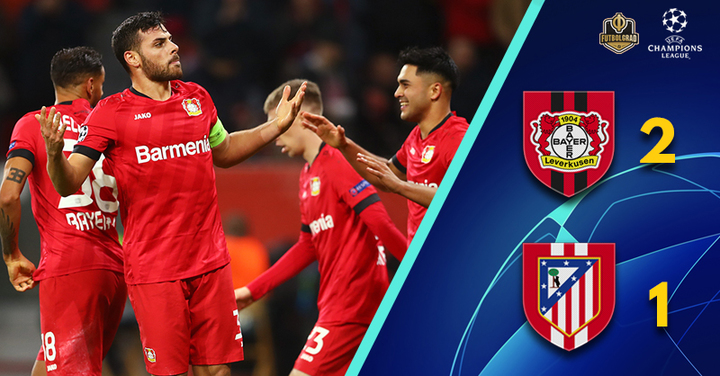 Bayer Leverkusen secured a crucial three points after a 2-1 win against Atletico Madrid at the BayArena. Thomas Partey’s own goal gave the Werkself a half time lead, Kevin Volland making it 2-0 before Morata scored in added time and went close to snatching an unlikely draw.

The hosts were manufacturing plenty of corners from which they created their best opportunities. Felipe headed one off his own bar but from the next corner, Atletico paid the price.

Oblak could only punch the ball as far as Charles Aranguiz, the Chilean putting the ball back into the danger area where Partey headed into his own net. Half time came with neither goalkeeper having to make a save in a match with few clear cut chances.

Diego Simeone introduced Thomas Lemar for Renal Lodi in the 52nd minute but it didn’t have the desired effect. Bellarabi’s cross looked harmless enough, but Mario Hermoso failed to clear and Volland was on the spot to take a touch and fire past Oblak.

Vitolo replaced Diego Costa as Atletico finally began to make inroads. Lemar drew a foul before firing a free-kick at Lukas Hradecky, the keeper then giving a cheap ball away that resulted in Correa failing to connect on a difficult chance.

Charles Aranguiz took a blow to the head and was replaced by Julian Baumgartlinger in the 65th minute. Simeone made his final substitution in the 70th minute with Hector Herrera replacing Correa.

Lemar saw his shot from distance saved, Alvaro Morata put the ball into the back of the net from an offside position as Leverkusen got nervous. The hosts had a corner cleared off the line before Wendell made way for Panagiotis Retsos.

Nadiem Amiri was shown a straight red card for a foul on Arias as Kai Havertz made way for Aleksandar Dragovic. It all appeared wrapped up, but Morata scored in added time and had a great chance to steal a point with the final kick of the game, Hradecky standing strong to keep all three points in Leverkusen. 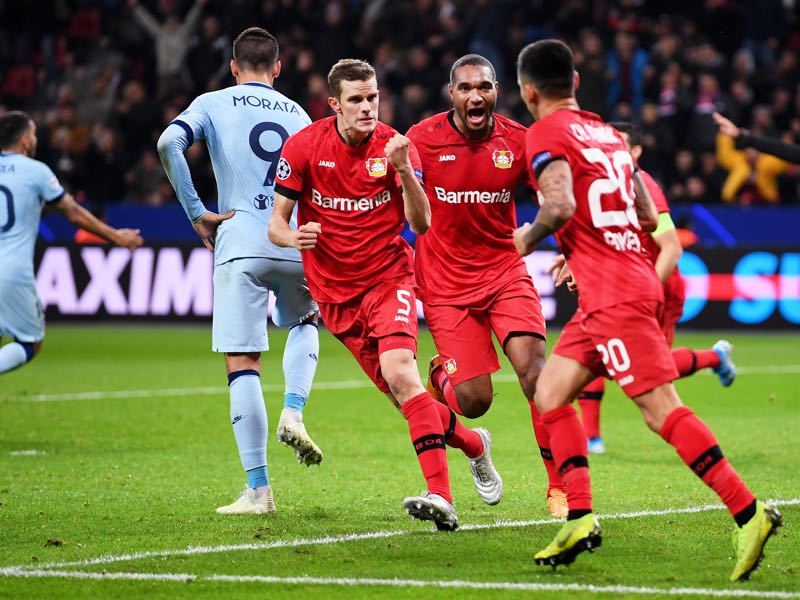 Made a number of crucial interceptions and was a calming influence at the back.

Couldn’t connect on an early chance, but as usual, he persisted, and it paid off with Leverkusen’s second goal.

Weiser has come in for criticism in recent weeks but showed he can defend when he isn’t preoccupied with attacking.