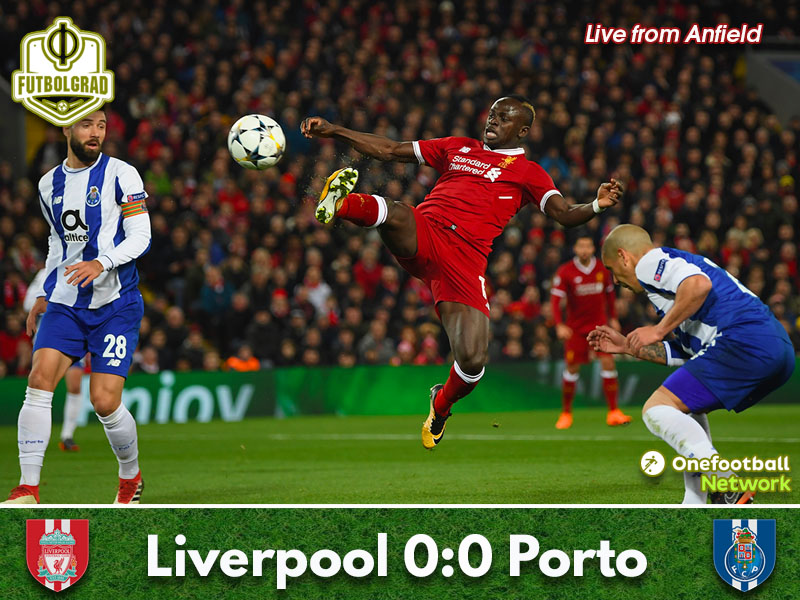 The fixture was over before it began, Liverpool holding a five-nil aggregate lead needed a monumental collapse in front of their own supporters before extra time could even be considered. It never came, and in a game that offered very little by the way of attacking chances Liverpool vs Porto eventually ended in a draw.

A packed Anfield welcomed Porto to Merseyside, the Portuguese side had recorded two draws and three defeats in their five previous games against the Reds – if they had any ambitions of picking a win up then they needed to attack from the off. They had their first chance on five minutes: Joel Matip lost possession in the centre and Porto immediately looked to the returning Vincent Aboubakar, but Alberto Moreno was across quickly to intercept the Cameroon international. It was to be the Dragon’s only real attempt on goal until the final moments of the fixture.

Liverpool, roared on by a passionate Kop started to look for an opener. Joe Gomez broke down the right side and delivered an inviting ball for Sadio Mane. The Liverpool attacker – at full stretch – could only get his toe to the ball and this touch diverted the chance over the bar. The Senegal international came the closest to breaking the deadlock soon after, hitting the post on 31 minutes – it was a passage of play that deserved better. Mane, using the outside of his boot to add swerve to the ball, slipping his shot past Casillas but he watched on as the ball rebounded off the upright.

In the final minute of the half defender Dejan Lovren rose highest to meet a James Milner free-kick, but the Croatian could only steer his header over the bar. Liverpool with the better chances but the half ended goalless.

The second half started as the first ended, midfield attrition with the occasional half chance. James Milner the next to see a chance go begging. Liverpool’s vice-captain could only slice his opportunity wide, the 32-year-old couldn’t fully connect with Adam Lallana’s square ball across the box.

Fast forward to 66 minutes and Henderson delivered a rocket of a cross into the box. Danny Ings found space, but his header only found the safe hands of Casillas – the substitute looked hungry for a goal.

With just over five minutes remaining the visitors finally had an opportunity to score – Waris got onto the end of some pinball antics in the Liverpool box but his shot was blocked at the last. Karius, who had little to do all night looked to have it covered should it have broken his defensive back line.

Then on the 88th minute – just as many were leaving – substitute Ings forced Casillas into a wonderful save. The Liverpool forward directed his header goal-wards but the Spaniard acrobatically managed to get a hand to the ball, turning it over the bar – it was a great stop from the ex-Real Madrid goalkeeper. As the final whistle went it may have been nil-nil on the night but Liverpool progress off the back of their excellent display in leg one – 5:0 the aggregate score.

Liverpool vs Porto – Man of the Match: James Milner

Liverpool needed a steady pair of hands to steer their changed line-up into the quarter-final stages of the Champions League, James Milner was just that. He may be 32, but the midfielder policed his Porto counterparts well – pressing those around him to good extent. Delivering a dangerous set piece just before halftime he almost got an assist as Lovren climbed highest to meet his cross. 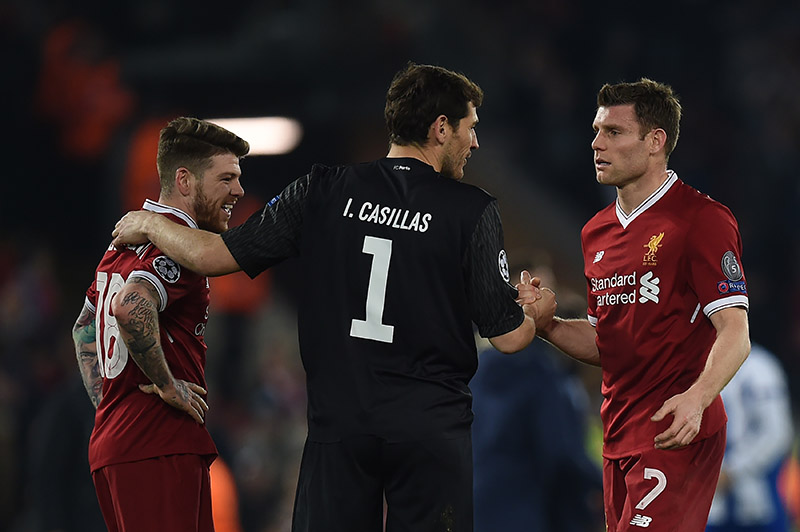 Liverpool vs Porto – Talking Point: Over Before it Started

This tie was defined by leg one, Liverpool running riot in Portugal all but killed off their opponents two weeks ago. Never under any real threat, Liverpool march onwards and will be a concern to whoever they draw in the next round of the competition.