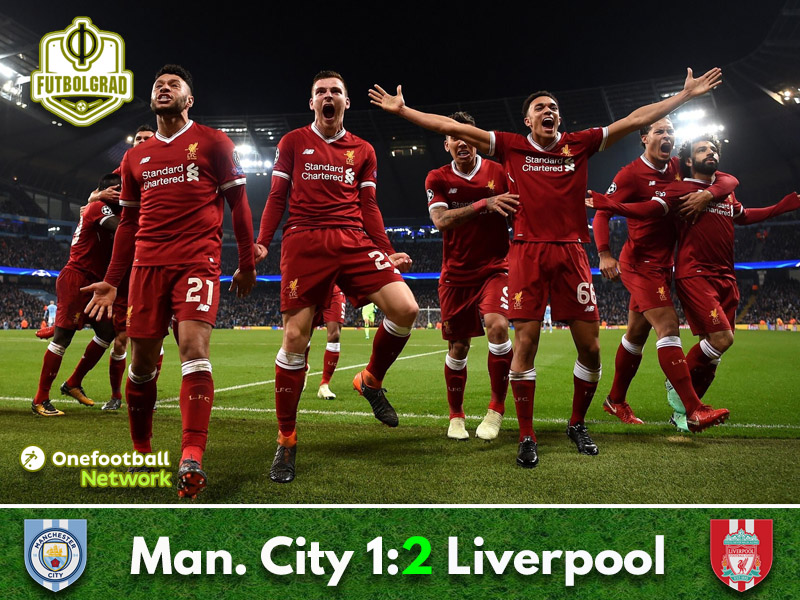 Liverpool weather City’s storm to advance to the next round

Three goals up from the first leg Liverpool were on the ropes in the first half but a strong second half display by the Reds meant that Manchester City v Liverpool ended with another great result for Reds’ head coach Jürgen Klopp.

It only took moments for City to get back into this game. Virgil van Dijk gave the ball needlessly allowing City’s Raheem Sterling to break forward and the English international spotted Gabriel Jesus in the centre, and the Brazilians made no mistake to score an early goal for City. The early goal gave Manchester City the confidence to entrap Liverpool in their end. The Reds, in turn, looked shaken and appeared to be on the ropes as City was quickly looking for a second goal.

Manchester City had chances to cut down the lead further. Kevin De Bruyne (26′) saw a shot from 24-yards comfortably stopped by Loris Karius, Bernardo Silva (29′) had a shot blocked by James Milner from 9-yards and missed the target (38′) from a tight angle from just a few yards out. With the minutes ticking away City held the majority of the possession (71%) but did not find a way through Liverpool’s defence.

Just before halftime, in the 40th minute, City had their biggest chance with Silva once again the protagonist. Unleashing a shot from outside the box the ball was deflected and hit the post. In the 42nd minute, Leroy Sané appeared to have scored. The German forward broke free after a defensive mixup and poked the ball home but was called back by the referee for an apparent offside decision even though replays showed that the German had been onside as the ball was played to him by Liverpool’s Milner. With just seconds to go in the first half, Oxlade-Chamberlain almost equalised after receiving a pass inside the six-yard box from Mohamed Salah but his shot from a tight angle went over the goal.

At halftime Pep Guardiola was sent to the stand after voicing his disbelieve over City’s goal being called off. Without the Spaniard on the touchline, Liverpool seemed more settled in the game. At this stage, every passing minute was a triumph for Liverpool as they circulated the ball nicely amongst themselves and then found the goal that sealed the tie in the 56th minute.

Oxlade-Chamberlain played a ball forward to Salah and in turn found Sadio Mané, who split City’s defence but was stopped by Ederson. Salah, however, had followed the rush and put away the rebound to make it 1-1.  That goal made it a mountain to climb for City, who now needed four unanswered goals to turn the tie around.

City still had the majority of the possession but now lacked the belief and were open to defensive mistakes. One of those mistakes led to Liverpool’s second goal with Roberto Firmino winning the ball from Nicolas Otamendi streaking into the box beating Ederson with a low curled effort in the 77th minute.

Mohamed Salah was the Futbolgrad Network man of the match. The Egyptian forward got the big goal in the second half that killed the tie off. The Egyptian not only scored the decisive goal but also set up the counter-attacking play that made it all happen. It was another key moment set up by Liverpool’s biggest star. 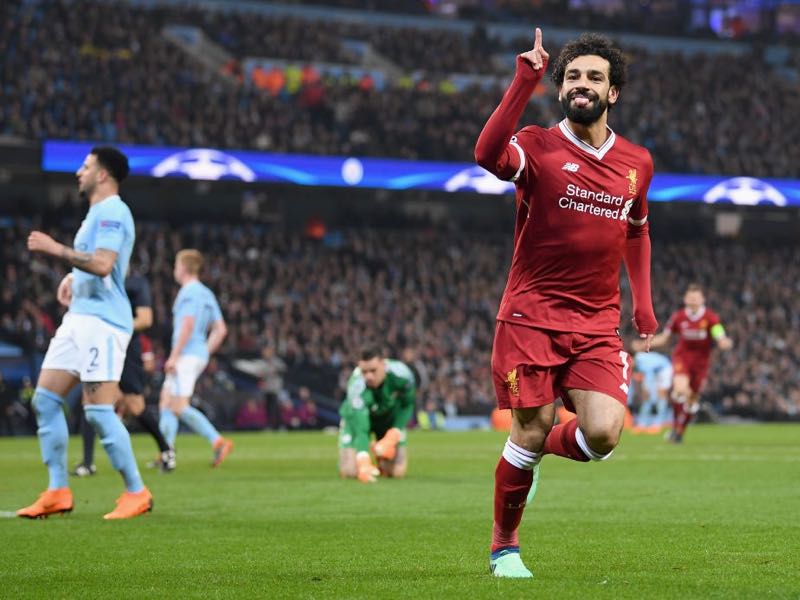 The biggest talking point was the goal that did not count. By all accounts, Leroy Sané scored City’s second of the night just before halftime. But to the disbelief of everyone on the field, the goal was called back. Replays would later show that Sané was onside as the ball was played to the German from Milner’s leg.