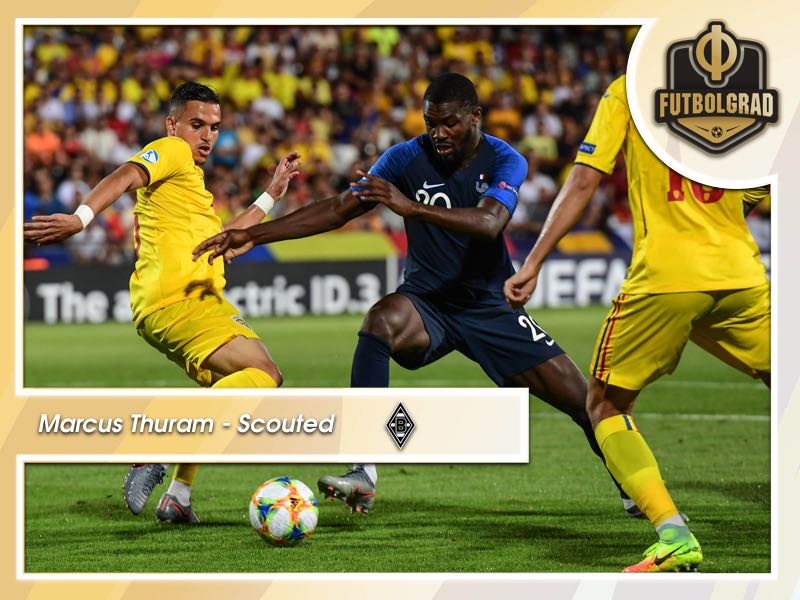 Marcus Thuram – What can he add to Gladbach’s attack?

It is one of the most recognised names in world football. German Bundesliga side Borussia Mönchengladbach have signed Marcus Thuram, son of 1998 World Cup winner Lilian Thuram, in a deal worth €10 million from EA Guingamp.

According to a report in kicker, the 21-year-old forward has signed a deal that will keep him in Mönchengladbach until at least 2023, with a possible option until 2024. “We are happy to have signed Marcus Thuram,” sporting director Max Eberl said on Monday (Jul. 22).

Marcus Thuram joins Gladbach after scoring 13 goals in 38 games for EA Guingamp in all competitions. Furthermore, Thuram, who was born in Parma while his father played in the Serie A, has played 35 games for France’s junior national teams and was part of the U21 squad that reached the semifinal of the U21 European Championships this summer.

“He is a fast, strong and dangerous forward, who will fit well in our squad and go his way in the Bundesliga,” Eberl added in a public statement on the club’s homepage.

It was those attributes that made Gladbach target Marcus Thuram in the first-place. Tall and athletic, the striker is 192cm tall, the 21-year-old will add even more power to an attack that already saw the addition of forward Breel Embolo from Schalke 04 earlier this summer.

In Alassane Plea, Marcus Thuram and Breel Embolo, in fact, Gladbach now have three power forwards in their squad. Adding two forwards to the existing squad that at first glance have some similarities to Plea is supposed to address some structural issues that were exposed in Gladbach’s squad last season.

Die Borussia started well into the 2018/19 campaign and, at one point, were even part of the championship race. In the end, the Foals finished in fifth place after a Rückrunde in which the squad coached by Dieter Hecking was at times too predictable in the attack. 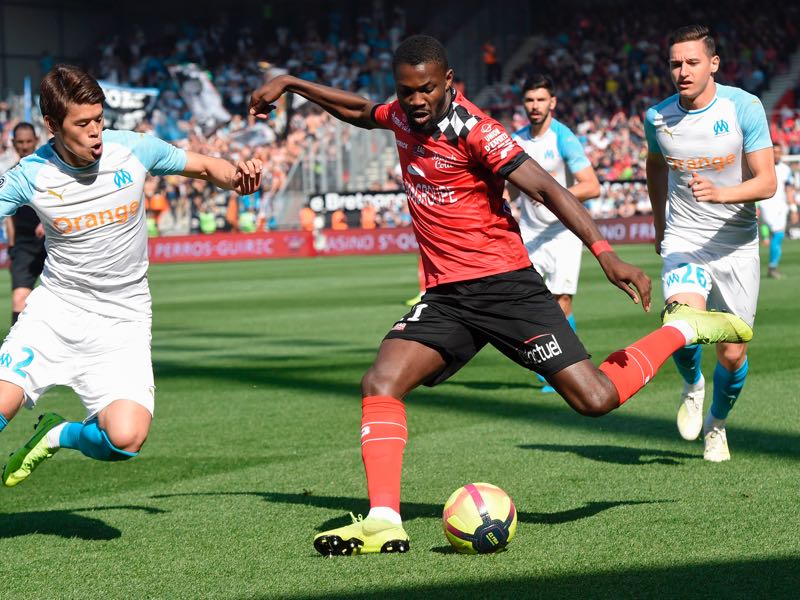 As a result, Plea started to struggle scoring just three of his overall 12 Bundesliga goals in the Rückrunde. “He rocked the league, but then teams became adjusted to him,” Eberl said on Monday. “It is something he had to learn last year.”

Teams, however, had an easy time to adjust to Plea as there were very few alternatives in the squad, especially with Lars Stindl and Raffael struggling with fitness. Hence, Gladbach added strength and speed but also depth to the attack.

Key components for the football that Marc Rose wants to play this upcoming season. A student of the Red Bull school the former RB Salzburg head coach likes to play a high press with fast forwards that can be fluent in the attack. In some ways, there are similarities to the way RB Leipzig play in that in the 4-2-2-2 or 3-3-2-2 the two attacking midfielders and forwards can interchange positions.

It is the sort of football that requires both mental and physical stamina. Hence, why Gladbach opted to both sign Embolo, who after his horror years at Schalke is a bit of a gamble, and Marcus Thuram.

The 21-year-old forward offers Rose both an alternative to Plea but also the possibility to play him alongside his French compatriot. In fact, the adaptability of all three strikers means that a power line of Thuram-Plea-Embolo is more than a possibility. On top of that, both Stindl and Raffael could be thrown into the mix, which gives Rose a plethora of options up front.

Some parallels could even be drawn to Eintracht Frankfurt where Fredi Bobic has always ensured that the squad has various attackers in the lineup, whose only similarity was a physical presence. Now Eberl is somewhat copying that master plan at Gladbach and Marcus Thuram in many ways complements the current attack and adds an important component: a bit of chaos.

No other forward in Gladbach’s current squad committed to more dribbles last season than the 21-year-old French forward—Marcus Thuram had 9.81 dribbles per 90 minutes, of which he completed 50.87%.

Furthermore, no other striker in Gladbach’s squad had more successful attacking actions than Thuram (8.03). Finally, the striker, despite often playing from the wing, also has scored the most headed goals (4) among all players in the squad.

It is a fascinating combination. A strong, fast and tall forward that plays like a much smaller version of a player. As a result, he is also a weapon when it comes to set-pieces and adds essential elements to a Marco Rose side that could be among the most attractive to watch next season.